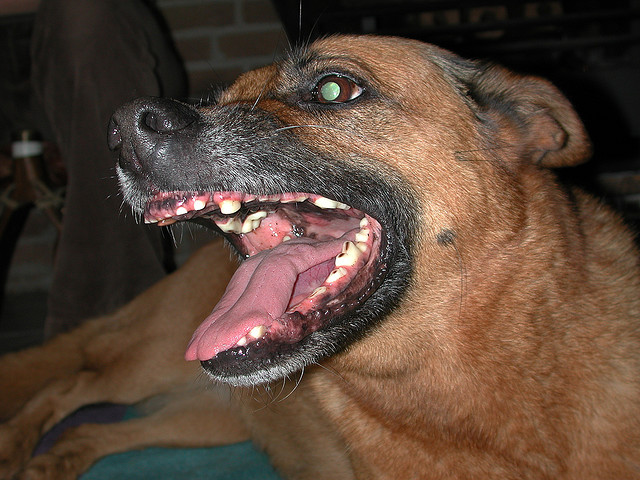 When one company steps in poo, another company sees an opportunity. Since Go Daddy hasn’t had the best week ever with PR, one domain registration company wants to capitalize on it.

Namecheap has been going after Go Daddy companies for the past few days with rabid ferociousness, publishing its own stance on SOPA, in which it says it is absolutely against the act and everything it stands for. Go Daddy on the other hand, supported the act, and then retracted its position.

While we at Namecheap firmly believe in intellectual rights, SOPA is like detonating a nuclear bomb on the internet when only a surgical strike is necessary. This legislation has the potential to harm the way everyone uses the Internet and to undermine the system itself. At Namecheap, we believe having a free and open Internet is the only option that will continue the legacy of innovation and openess that stands for everything we all value in our modern society.

In its efforts to get as many Go Daddy customers to transfer to its service as possible, the company and its seems to have hit a snag and is crying foul. In a post today, the company claims that Go Daddy could be purposely blocking transfers away from its service, which as Namecheap points out, is against ICANN’s rules.

Here’s what Namecheap had to say on the matter:

We wanted to give our customers a quick update on the status of domain transfers associated with one of our competitors, GoDaddy.

First, we’re very sorry that some of you in the past 24 hours have experienced delays in transferring domains over to us.

As many customers have recently complained of transfer issues, we suspect that this competitor is thwarting efforts to transfer domains away from them.

Specifically, GoDaddy appears to be returning incomplete WHOIS information to Namecheap, delaying the transfer process. This practice is against ICANN rules.

We at Namecheap believe that this action speaks volumes about the impact that informed customers are having on GoDaddy’s business.

It’s a shame that GoDaddy feels they have to block their (former) customers from voting with their dollars. We can only guess that at GoDaddy, desperate times call for desperate measures.

Don’t worry – each and every transfer request will be processed manually by our team. Every request will go through. We won’t rest until everyone who wants to join the Namecheap family can do so!

That’s a pretty wild accusation if you ask me, but with Go Daddy customer service reps calling customers in hopes that they stay, I wouldn’t put it past them. However, this could easily be a PR stunt in and of itself. When a competitor makes a misstep like Go Daddy did, it would be stupid not to pile on to make a profit.

We’ve reached out to Go Daddy PR on the matter, but have yet to hear back. We’ll most certainly keep you updated.

UPDATE: Go Daddy PR has responded to us with the following statement:

Namecheap posted their accusations in a blog, but to the best our of knowledge, has yet to contact Go Daddy directly, which would be common practice for situations like this. Normally, the fellow registrar would make a request for us to remove the normal rate limiting block which is a standard practice used by Go Daddy, and many other registrars, to rate limit Whois queries to combat WhoIs abuse.

Because some registrars (and other data gathering, analyzing and reporting entities) have legitimate need for heavy port 43 access, we routinely grant requests for expanded access per an SOP we’ve had in place for many years. Should we make contact with Namecheap, and learn they need similar access, we would treat that request similarly.

As a side note, we have seen some nefarious activity this weekend which came from non-registrar sources. But, that is not unusual for a holiday weekend, nor would it cause legitimate requests to be rejected. Nevertheless, we have now proactively removed the rate limit for Namecheap, as a courtesy, but it is important to point out, there still may be back-end IP addresses affiliated with Namecheap of which we are unaware. For complete resolution, we should be talking to each other — an effort we are initiating since they have not done so themselves.”

Read next: How we are tracking Windows Phone's holiday handset sales