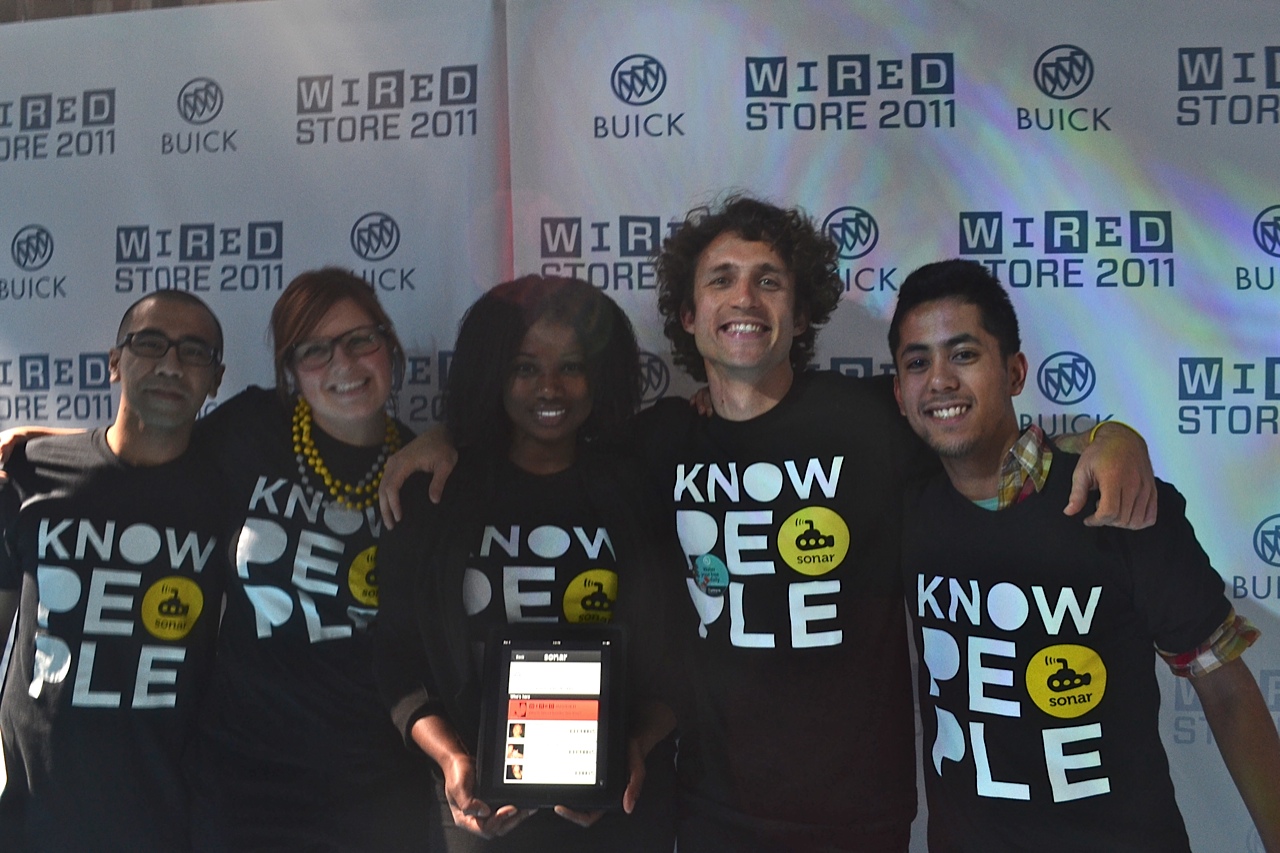 We live in a world built for hyper-connectivity and that is pretty awesome. Last May, we interviewed the entrepreneurs behind Sonar, a mobile application that uncovers the hidden connections that you share with everyone else around you. It works by aggregating and then ranking relevancy, pulling public data from Foursquare, Twitter and Facebook. Social connections, network affiliations, shared Likes, shared interests are all factored into Sonar’s relevance algorithm.

This holiday season, Sonar has landed a super sweet partnership with WIRED Magazine for its annual holiday pop-up shop, which launches today in New York. Sonar is helping WIRED create the “retail experience of the future,” Minority Report-style, by offering store visitors custom recommendations on which products to check out, based on how they identify with the various WIRED Insiders.

So what’s the Retail Experience of the Future? Visit the WIRED Store between this Friday, November 18 and Christmas Eve, pop open the Sonar app, and take the WIRED Insider Quiz, answering just a few quick questions to find out which WIRED Insider you are. And if you’re buying a present for someone else, answer questions as if you were that person. You’ll then find out what best matches your tastes and the app takes you to the product pages to purchase. It’s a pretty sweet use of Sonar’s technology and shows just how flexible the app can be.

Of course it’s loaded with social features so you can tweet your findings or post them to Facebook in hopes that Santa Claus may be watching out. This is Sonar’s second spin with WIRED; in June the two teamed up with the NExTWORK, an event with The Economist, alongside Sean Parker, Bre Pettis from MakerBot, Jimmy Fallon and Internet Founding Father Vint Cerf.

“WIRED consistently kills it in telling people about the greatest and nerdiest tech products out there, plus they produce fantastic events and the WIRED store is one of my favorite places for holiday shopping. Partnering with them is an awesome way to show store-goers how, in the future, digital products will meld with and augment our real world experiences. In the WIRED store, we show how venues and brands can use Sonar to make personalized real-time product recommendations by pulling ‘Likes,’ ‘Follows,’ and other preferences folks have logged online into the real world. Not surprisingly, we’ve had a lot of interest in similar partnerships with some of the best known media properties and other brands.”

Read next: A woman attempts to cross the Antarctic alone, but she's bringing social media