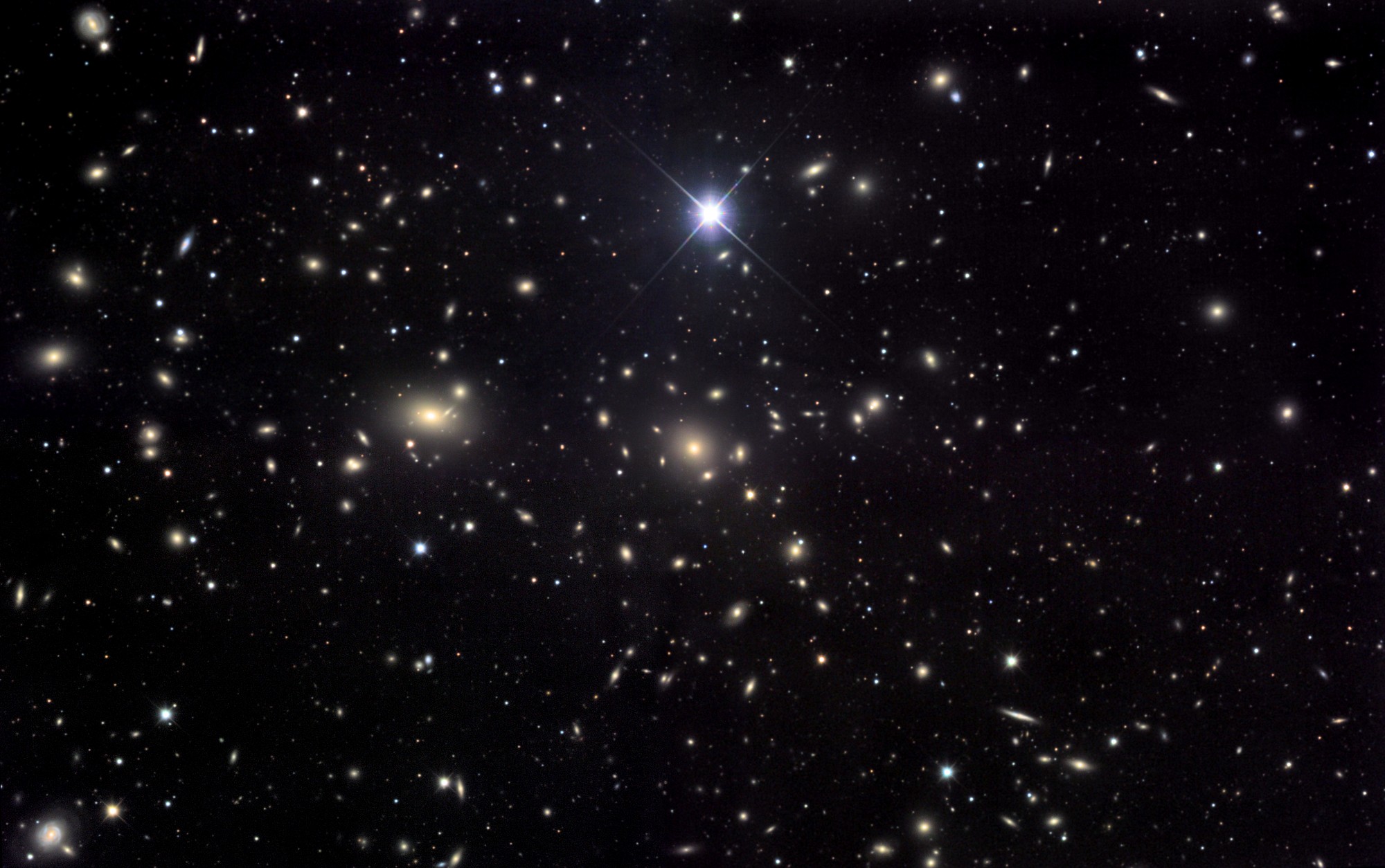 While we in the tech world are still celebrating the life of Steve Jobs, I’ve seen numerous articles over the past few days that talk about the things he’s accomplished, the impact that he’s had and where we go from here. I’ve had conversations through Twitter, Google+, over the phone and otherwise wherein everyone from entrepreneurs to analysts and Venture Capital firms have expressed their concern for the technology ecosystem as a whole.

But it occurs to me, as it should to you, that while the passing of Steve is a a tragedy of our generation, technology and entrepreneurialism will continue to move forward. By the very nature of their definitions, these two terms that describe our world are forced to move on. We’ll never forget Steve or his impact, and in fact should be driven forward by those factors.

It’s with these thoughts in mind that we started talking about who could be the next great technology leader during the recording of this week’s TNW Sessions. I’m not talking about filling shoes here, and I want to make that fact very clear. There will always be a set of New Balance trainers that stand empty in this marathon of technology. What I’m talking about is who will be the next leader, the next one to inspire greatness and who that person is that will drive the rest of the technology world further ahead. 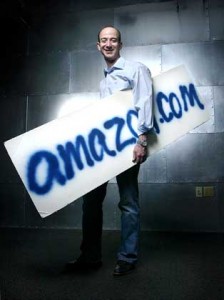 Personally, I posit that Jeff Bezos will be lifted up by the technology community. When we look at the greater impact that Amazon has had, it’s nigh-on impossible to deny that it is a world-changing technology company. But it’s much more than that. Amazon has shifted the way that we think about retail, website hosting, shipping times and it has even changed the way in which we read. While I loathe the term “disruptive” to describe technology companies (can we just drop this one, already?) there is probably no better company to which this label can be applied at this point.

So I put the question out over Twitter – Who is the world’s next, great tech leader? I also put it out over email, to a few people whose opinions I value highly. The responses were varied and interesting, but there are a few pieces of common ground that I think are important to mention when it comes to how the world inside of technology views the requirements of being “great”.

Kara Swisher, in an editorial piece on All Things D, makes the same point that I have stated above:

“Certainly, at this moment, there is no one leader to fill Jobs’s outsized shoes.”

I couldn’t possibly agree more, but she also goes on to explain a good part of what it was that made Steve so special, and thereby begins the explanation of what the world expects from a technology leader. She describes Google’s Larry and Sergey as being “prosaic”, thus lacking in the poetic beauty of their words that can drive people. Zuckerberg is awkward (and I couldn’t agree more, though his recent f8 appearance was a prime example of his study of Jobs). Bezos, she says, lacks the “moxie and style” of Jobs. I’m not one to concede defeat easily though, so I’ll say that while she’s perhaps correct in that he lacks the style of Jobs, it is his own style that could raise his profile higher.

Twitter users had their own ideas, which further helped to shape what it would take in order to rise to the position of a star in tech. The terms showmanship and innovation were thrown around in almost equal parts, so we understand that consumers and enthusiasts expect to see both of these. It was also said that, perhaps, Apple itself would be seen as the next great mind, raising the question as to whether it could be a company as a whole, or if it indeed had to be a single person.

Robert Scoble weighed in, stating that there are four people that he thinks are going to make up that top tier, but he also added the caveat that it won’t be any of these four singularly:

So then it is fair to say that we can break down the requirements of our next technology leader to a few key elements. Here they are, by my approximation, in no particular order:

Innovation – If there’s one thing that Apple will always be remembered for, it is that blatant disregard for the desires of the consumer, at least according to conventional wisdom. But in doing so, Apple broke new ground and drove consumer demand for its products, even when we never thought we’d need them. The iPod was first, then the iPad was the next leap. I’d place the iPhone into this category (as it is no doubt innovative) but I firmly believe that the iPhone was the embodiment of consumer demand, rather than necessarily being something that we grew to want.

Leadership – Whether you loved Steve’s leadership style or hated it, there’s no denying that the man could inspire others to work, and in doing so could also inspire them to show the love of their craft through their products. This is something that’s sorely missing in so many companies that we see today, lost in the sea of exit strategies and gigantic valuations. We’ve gotten away from the idea that a company should be built for 100 years, instead of “until we sell it”, and that’s just no way to lead. Anyone can lead people, not everyone can be a leader.

Salesmanship – This is something that wasn’t hit on directly, but I think it’s vitally important. As Walt Mossberg remembers about Steve, “And he could sell. Man, he could sell.” I’m not talking about used car-style selling, I’m talking about the art of selling via a holistic approach. In expressing the ethos of Apple at the heart of everything that it did, Apple has always been a master at selling to the heart rather than the head. The company builds the value of its products like pieces of a puzzle, eventually leading to a picture that you simply can’t help but love.

“People don’t buy what you do, they buy why you do it.” – Simon Sinek

Moxie – One could argue that this goes with salesmanship, but I really think that it’s viable enough on its own to be a singular factor. Moxie is that thing that most of us refer to as “guts”, or “having the balls to” do something. This is an area where Amazon has always excelled, and I hope to see it more going forward. It’s where Mark Benioff has shined and where Twitter’s Jack, Biz and Ev have always stepped up. They had the guts to do the things that they believed in, even when nobody else saw the point.

Showmanship – This, again, is a factor that you could lump into salesmanship, but there are two important reasons why I don’t think you should.

First off, they’re two completely separate skills. I know great salesmen who are not showmen and vice versa. It is important to focus on the key elements of your product, stating the things that are important to the consumer. That’s salesmanship. The pauses, the cadence of your voice and the props (or lack thereof) are what make up showmanship. They’re different pieces of the same puzzle.

The second reason, and arguably the more important of the two, is that it doesn’t take a show to sell something. You can sell based on facts and feelings. The show is simply what makes the sale more enjoyable. 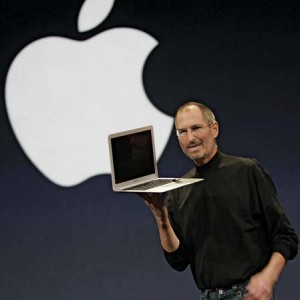 When you roll all of these pieces together, it’s hard to nail down any one person in the spotlight of today’s technology world, who exemplifies all of them. Perhaps it is true that it will take a company, rather than a person, to fill the role of the next technology great.

Or perhaps the person just hasn’t yet been found. There are tens of thousands of new companies formed every year around the world. Often times the people in the spotlight are the non-technical ones, the ones who are more comfortable in front of a crowd than they are sitting behind a monitor. Maybe we’re in a waiting game to see who is next.

I’d love your thoughts. Who is the next great, or have we even seen them yet? Drop your ideas into the comments, even if it’s someone about whom the world has never heard.

Thank you, Steve, for setting the standard by which all others will forevermore be measured.

Read next: An introduction to Online Advertising, and why you should care