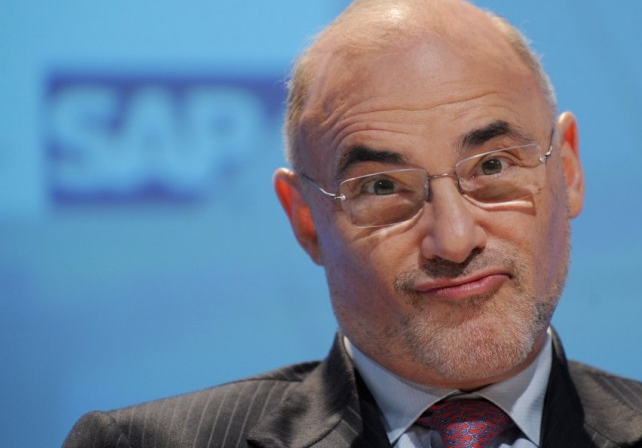 Today was  Léo Apotheker’s last day as the CEO of HP, as he has now been replaced by Meg Whitman, the former head of eBay. But Apotheker couldn’t resist sending one last message to employees at the company. We’ve been sent the letter by an employee and there are some interesting portions for sure.

It is notable that Apotheker uses the term ‘resignation’ to describe how he was ousted. We’ve heard that it was much more along the lines of a firing than a mutual decision and that he actually had no idea that the board was planning to replace him. But perhaps the behind-the-scenes situation was different that it seems on the surface and this was planned out with his involvement.

It is also seems interesting that he appears to truly think that his contributions to HP’s strategy have been ‘important to the company’s future.” Notably, under his reign, the company has dropped over half of its stock value from its high of $48.99 to its current $22.47.

But whatever the reasoning behind it, whether his choice to chart an enterprise-only course for HP does end up being important to its future will now be decided not by Apotheker, but by his successor Whitman.

The full letter is reproduced below.

TO/ All HP Employees
FROM/ Léo Apotheker

This afternoon, HP issued a press release announcing my resignation as president and CEO, positions I have held with great honor this past year.  Meg Whitman will assume the role of president and CEO.

As you know, Meg is a technology visionary with a proven track record of execution and has served HP well as a member of the board for the past eight months.  Meg will be supported by a broad and deep management team, and I have the utmost confidence that HP will succeed in executing its strategic evolution.

On a personal level, I cannot begin to express the admiration I have for all of you – and what you have accomplished together.  Over the past year, we were tasked with developing a strategic vision for HP and I know we have made important contributions to the company’s future.

Your efforts on behalf of HP and your dedication to our customers have inspired me – and I am confident that HP has a bright future because of the talented people that come to work here every day.  Thank you for your commitment to HP and for your dedication in serving HP’s customers and partners.  It has been a tremendous honor and a pleasure to work with you here at HP.

Read next: Apple’s largest store in China is now open for business in Shanghai