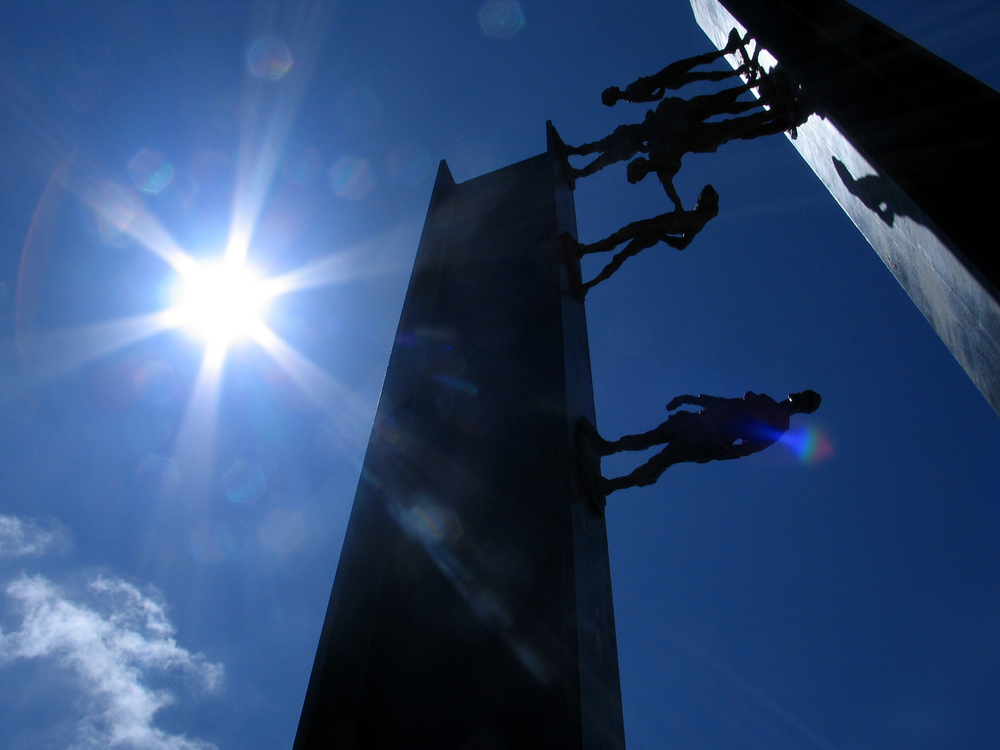 In mid-July, our TNW Video Director Hermione Way wrote a story called “The Problem With Silicon Valley Is Itself” in which she wrote:

…I’ve interviewed around two hundred startups and there’s only two, out of two hundred, I think are game changers. Now, don’t get me wrong, Silicon Valley is an incredibly inspiring place to be. Everyone is doing something amazing and trying to change the world, but in reality much of the technology being built here is not changing the world at all, it’s short-sighted and designed for scalability, big exits and big profits….If Silicon Valley wants to keep its number one spot as global startup innovator both entrepreneurs and VC’s need to get out of the bubble and go and see real problems in the world so they can start innovating and driving change.

Peter Thiel and Max Levchin of the Founders Fund took the stage today at Tech Crunch Disrupt in San Francisco for a 20-minute fireside chat that seemed to both echo and formalize Way’s earlier argument. Thiel, who co-founded PayPal, invested in Facebook and is repeatedly on the Forbes 400 list of the world’s wealthiest individuals said: “Nothing has happened in Silicon Valley in the past 40 years.”

“Take aviation for example,” he said. “It peaked with the Concord in 1976. We’re currently traveling at speeds from 1960… And expanding from the failure of transportation points to a larger failure in energy…People in Silicon Valley aren’t even talking about energy any more,” he said sighing.

“What’s the reason for the decline? Could it be that perhaps the technologies we see today peaked in their early life cycles?” suggested TechCrunch’s Erick Schonfeld.

Thiel and Levchin were on stage discussing their new book, “The Blueprint” (no relation to Jay-Z). Levchin says the theme of the book is that you can’t stick your finger into one thing and everything is going to be okay again. Furthermore, he believes risk taking has declined in our culture. “Famous speeches that once sent us to the moon or otherwise inspired us are few and far between these days,” he says.

“It’s a global problem,” answered Thiel, “But it’s particular to the US because we’re a country that does new things… When people talk about the developed and developing world, it’s an anti-tech term. When you call a world developed, you’re saying there’s nothing more to do….

In 1985, people would’ve said Apple was at the end of its cycle and selling computers was like selling Pepsi. It turned out that wasn’t correct and there was still room for risk taking and innovating… It’s not clear why that’s not true in other domains.”

When asked if social networks are innovative and if specifically Facebook is innovative, Thiel said he wouldn’t make that separation and that web 2.0 companies do indeed create value. However, Rovio isn’t solving hard problems, Levchin pointed out.

When asked if the cycle of disruption is accelerating, Thiel said, “I would quibble with the claim that things are going faster. Yes, you can substitute one design for another very quickly. But I think one has to differentiate the idea between change and progress. What’s desperately needed in our society and what I’m interested in investing in are the companies that can build genuine progress.”

So, what’s the solution? The Blueprint?

Levchin answered first: “The solution is very simple. You have to aim almost ridiculously high… This will create residual opportunities for value creation.”

“As long as it’s seen as a problem that’s solved by other people, it’s not going to be done. We need to go back to the future and back to the idea that we have some mastery over it,” said Thiel.

Read next: YC's Graham: Apple is taking over the world, Microsoft hasn't realized how bad things will get