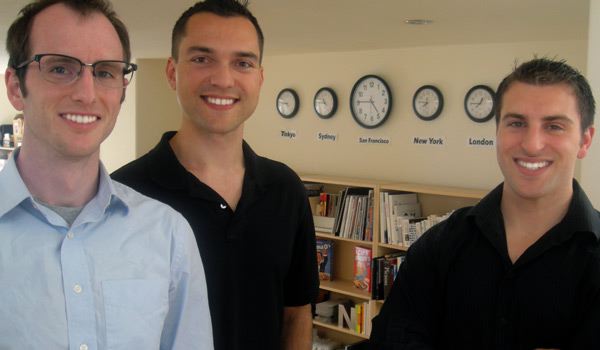 We’re living in an age where expectations of businesses are changing. That’s no secret. If you believe what Gary Vaynerchuk has to say about it, then we’re moving back toward the “mom and pop” mentality of being truly thankful to our customers. As such, many businesses are taking steps that we’ve not previously seen in order to make sure that their customers know that they’re appreciated.

Enter the events of the past couple of weeks, surrounding Airbnb. If you’ve not been following along, here’s the Cliff’s Notes version:

An Airbnb host, by the name of EJ, has a property that she rents while she is not living there. She adores the property and considers it somewhat like her personal escape.

…my own private retreat, my sunny, bright, cozy loft that I would melt into on those rare occasions when I wasn’t traveling

She rented the property out via Airbnb and then found out that it had been ransacked to the point that she no longer feels safe staying there. She feels as if not just her possessions but rather pieces of her life were taken from her.

There are parts of what she wrote that are very important to this story, so I’ll highlight them here, emphasis by me:

I would be remiss if I didn’t pause here to emphasize that the customer service team at airbnb.com has been wonderful, giving this crime their full attention. They have called often, expressing empathy, support, and genuine concern for my welfare. They have offered to help me recover emotionally and financially, and are working with SFPD to track down these criminals.

This was written on Wednesday, June 29th. By July 28th, the story had changed. EJ was now saying that Airbnb had essentially cut off communication with her and had even gone as far as to suggest that she change her story.

Today, we get an official response from Airbnb. Yes, there was an earlier piece that was published on TechCrunch (which probably shouldn’t have happened, as it should have been contained to the company’s own site, but what’s done is done) but it didn’t seem to offer much in the way of information about what was going on.

In today’s piece, CEO Brian Chesky goes into detail about what Airbnb is doing in order to make transactions safer. These are great things and they absolutely should be implemented in order to make the process better for all parties involved. However, there’s another promise that’s made that is likely not so smart:

Starting August 15th, when hosts book reservations through Airbnb their personal property will be covered for loss or damage due to vandalism or theft caused by an Airbnb guest up to $50,000 with our Airbnb Guarantee. Terms will apply to the program and may vary (e.g. by country). This program will also apply retroactively to any hosts who may have reported such property damage prior to August 1, 2011.

It’s here that things take a spin from “mom and pop” to “what the hell?”

Yes, Airbnb should feel bad about what happened to EJ. If everything happened as she says that it did then it’s honorable that the company has tried to help her (remember, she stated that very clearly). At no point, however, is it smart for the company to offer a huge financial benefit to someone who gets their rental property molested.

The fact is that had it not been blown out of proportion by the media then it likely would have never reached the point where Airbnb felt obligated to take such extreme measures just to save face for its business. Make no mistake, even if the company did feel terrible for what happened to its customer, it wouldn’t have offered to give away $50,000 just to prove the fact if it wouldn’t have been beaten up on by an expectant group of bloggers and social media folks.

How beaten? Here’s an excerpt from the end of Michael Arrington’s breathless piece from TechCrunch:

“As for Airbnb, they need to hire a crisis management expert and hope to God that somehow this all goes away before the mainstream press turns this into a fear parade. Remember paedophiles on Myspace? They love this stuff.”

People have rented their property for years. If they experienced losses then hopefully they had insurance that would cover those losses given the  circumstance. I would venture to say that most people didn’t because insurance is a tricky game and circumstances can make all of the difference between a company paying out and not.

This is the danger that we reach in having a society of transparency. At some point, the expectations that are put onto a company are simply unreasonable. As humans, it is natural that we would empathize with EJ and we would feel that she deserves compensation. However, as humans we have an innate understanding that there does exist that 1% of the population that will cause problems.

Let’s face facts — It wasn’t smart for EJ to leave the things that she did inside of a property that she was going to rent out to an Internet stranger. By her own account, these consisted of “the passport, cash, credit card and grandmother’s jewelry…my camera, my iPod, an old laptop, and my external backup drive filled with photos, journals… my entire life.” While it’s not fair to say that she deserved to have the items taken, it is fair to say that she should have planned for possible issues.

Now let’s get down to brass tacks — I’m a fan of Airbnb and what the company is doing. The company has broken trust and it will take a while to build that back up. But of the times I’ve rented with Airbnb, I’ve gotten precisely what I expected from savvy hosts — clean, comfortable lodging with no frills and nothing personal that they would have missed if it were gone.

I’m all for an open, transparent methodology to business and you likely are too. But if you were in the shoes of Airbnb then you’d rightly feel bullied into doing things that are far above and beyond your call of responsibility as a business owner. There’s a point where due diligence should end and shelling out $50,000 because someone had their property vandalized is the responsibility of an insurance company, not a business who helped them rent their space.