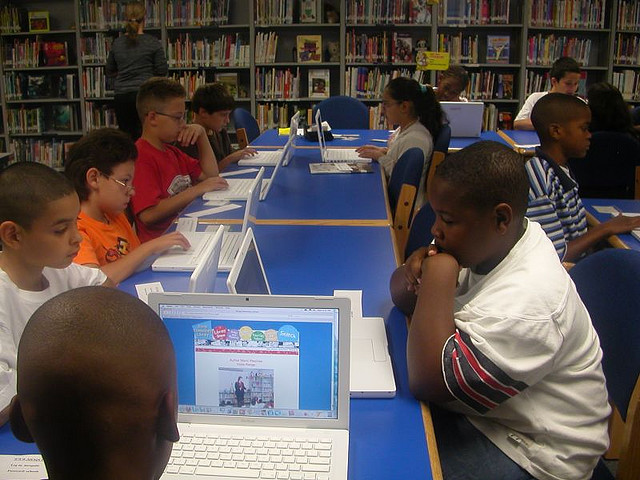 There was a time when prospectors from around the world converged on San Francisco with picks and shovels to extract gold from the rolling hills. Today, a similar migration is taking place, though the tools have changed slightly, as servers have taken the place of shovels and a sharp resume will get you deeper into data than blasting caps through solid rock. Education startups will be the new gold rush, and Silicon Valley is sure to be at its heart.

Already the epicenter of tech innovation and venture capital investment, San Francisco is poised to become heart of a new industry that will be powered by the Internet. And unlike me-too food apps and daily deals websites, education is more than a hot fad. American taxpayers invested more than $536 billion on K-12 education between 2005 and 2006, according to the U.S. Department of Education, with an additional $373 billion in taxes going to fund higher education nationwide. The educational pie is enormous, and anyone who can get his or her hands on even a small slice can expect to reap huge returns.

Computers have become essential learning tool, with Internet access being discussed as a fundamental human right in some quarters. So it would seem natural that any innovations around education would arise from the world’s technology hub. Of course this is more than speculation.

The Kapor Center, is one place where you can see the impressive changes already in progress. Located in downtown San Francisco, the Kapor center houses a number of organizations, both for-profits and non-profit ventures, which are focused on tomorrow’s educational challenges. Inkling, which brings an interactive, social textbook experience to the iPad is one such startup, funded by Kapor Capital.

Imaginek12 is another San Francisco-based startup incubator that describes itself as Y-Combinator for primary education. Importantly, ImagineK12 is a for-profit venture, and it plans to fund companies it believes can “do well while doing good.” And the list goes on.

Nothing short of a reinvention of educational models is what’s needed, says Jon Bischke, co-founder of EduFire, a site that allows people who are passionate about education to teach classes online and get paid.  Turning the classroom experience upside down is a good place to start. For starters, Bischke says that students should be watching lectures at home, and doing homework at school, getting together to collaborate on projects, where time as a group is best spent. Ubiquitous video technology such as Skype makes this easily possible, but this is barely scratching the surface.

Perhaps no Silicon Valley startup better embodies the promise of technolgy to transform education than Khan Academy. (The Next Web covered Khan Academy in May) Based in nearby San Mateo, Khan Academy began humbly, when founder Salman Khan was asked by a relative to help a nephew with maths and science problems he was having in school. After a few tutoring sessions over the phone, Khan realized it would be more helpful–and shareable–if he made video recordings of his lessons, and posted them to YouTube.

To date, Khan Academy videos have been viewed more than 67 million times since November of 2006, and has attracted serious interest from Microsoft co-counder Bill Gates, who appeared onstage with Sal Khan during the 2011 TED Conference this past March. Gates notably invested $1.5 million from the Bill and Melinda Gates Foundation into Khan Academy as well. “I’d been looking for something like this–it’s so important,” Gates told Wired recently.

Something as simple as YouTube has already had a massive impact for hundreds of thousands of people worldwide. Even more powerful will be the impact that handheld devices such as tablets, smart phones and feature phones will create on education throughout the world. There are roughly 2.1 billion Internet users, according to Internet World Statistics, while Mobithinking says there were 5.3 billion mobile subscriptions by the end of 2010, meaning 77 percent of the world’s population has a mobile phone.

The cost of starting a company has plunged, at the same time it has become possible to reach a truly global customer base. With such a concentration of brilliant minds already in Silicon Valley, and with the potential upside so clear, expect a new California Gold Rush to begin soon, one we hope will last for decades.

Read next: The Mother of All Google+ Resource Lists