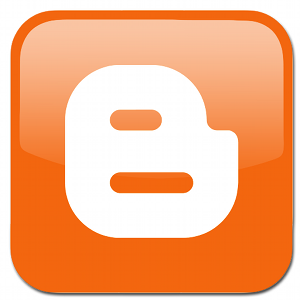 The barrier to entry for a small business to come up with their own mobile app is getting lower every day, but it’s still not quite low enough. So if you can build a company that simply specializes in making mobile apps affordable, while making sure that they’re of great quality, you should be on track for a great business.

That’s precisely the direction that Bizness Apps has taken and the company has just released its 1,000th application. But how did it get there? What’s the magic? I had the chance to talk with Bizness Apps CEO Andrew Gazdecki to find out the company’s recipe for success.

To start, let’s look at Bizness Apps as a business. Officially launched less than a year ago, in October 2010, it’s Gazdecki’s second company and he’s just barely graduated college. Gazdecki knows that there’s competition in the market from companies such as iSites, SwebApps and Mobile Roadie, but Bizness Apps is focused a bit differently.

We feel that our competitors are simply too expensive, too confusing, and are targeting the wrong markets. Basically we’re cheaper, simpler, and more robust than anything else available.

The pricing scheme, from what I can see, are in line with the lower end products from the competition. That’s where the company can thrive by offering even mid-range products, which other sites charge up to $100 per month to use.

We’re proud to be helping small businesses engage with their customers on a mobile level, across multiple platforms, and without having to spend tens of thousands of dollars to do so.

The company is planning a move to Palo Alto in the early part of 2012, with expansions into international markets coming in the near future. So what does it take to reach 1,000 paying apps customers in 9 months?

Gazdecki tells me that the story of Bizness Apps is somewhat unique. The three company founders formed the company while they were all still in college full time. Raising a small Angel round in November, they were able to expand and take the company to a higher level.

Since that initial investment, the 1,000 apps have brought them past the point of being profitable and they’ve reached into 20 countries thus far.

I’ve not had the chance to play with the Bizness Apps platform just yet, but looking through some of the client features, it appears to be one of the strongest performers on the market at a price point that nobody’s matched yet.

Read next: Facebook + Skype= Video chat with 750 million users. Is it finally happening?