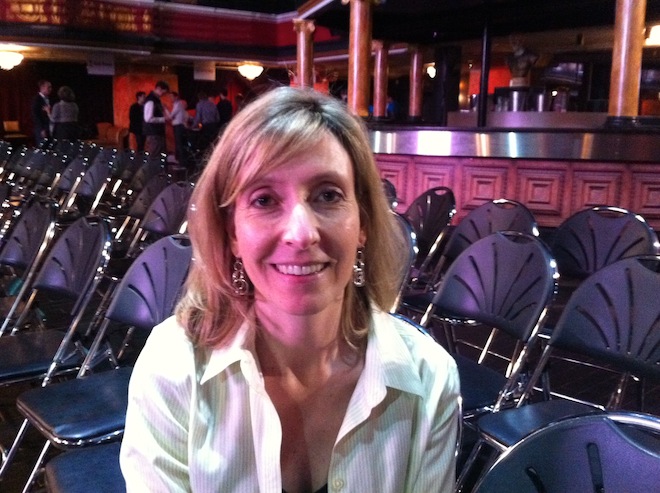 Strohl Medical CEO Heather Keith might look, for a moment, to be out of place on the stage at a TechStars Demo Day. She’s not the typical early-20’s, pizza-fueled caffeine addict that you’ll normally see giving a pitch on a stage. But it’s because of that fact that she’s uniquely qualified to tell the story that she has.

Keith has an easy grace on the Boston TechStars stage, but she has some very important facts to tell.

“2,200 people in the United States today will have a stroke. Of those, 400 will die. Every year, 15 million people go to the emergency room with stroke-like symptoms yet only 800,000 of them are actually having a stroke.”

The difference between living and dying, between 15 million and 800,000, is detection and treatment. A drug called tPA, when given within the first 4 hours of a stroke, can reverse the damage done and yet only 30,000 people of the 800,000 annual cases get it. That’s less than 5% who can have a life-changing drug administered to them, because giving the drug at 5 hours has zero effect.

If you’re familiar at all with how heart attacks work, and how they’re detected, then you’ve likely heard of an EKG machine. If you haven’t, the short version is that it is a machine that can spit out data in a number of seconds which doctors can then use to see if a patient is having a heart attack.

Strohl Medical is pushing boundaries that nobody has yet in bringing an EKG machine for stroke to the market. The EKG is a proven, trusted technology used in the detection and treatment of a heart attack for years, and yet no such equipment has ever been made for a stroke, leaving doctors and medical staff to what amounts in many cases to a guessing game.

The obvious question, of course, is why it hasn’t been done before. Keith tells me that it’s the same question that was asked when we took cardiac defibrillators and put them into restaurants and shopping centers. It was simply a natural progression to take the in-hospital technology and then put it into the places where people were having medical problems prior to arriving in the hospital. As part of that progression, AEDs have now become almost commonplace in public venues.

Best of all, it is financially advantageous for a hospital to run the test. The cost to the hospital should only be in the range of $300 per test, and insurance companies will reimburse the hospital $355, leaving room for a profit margin that has been widely acceptable.

Strohl Medical is finishing up the development of the product as we speak, and expects approval from the US Food and Drug Administration to be relatively quick since it is not an interventional machine that can cause or prevent harm without outside assistance:

“We are requiring the doctor to make the interpretation. Because of that, the machine is going through [the FDA] as one that applies a stimulus and records the output. It requires a strong base of clinical knowledge, but we provide a fast setup and data. It’s a parallel to the EKG market, where a tech, a nurse or someone else can set up the device quickly and then pass the findings on to the doctor.”

The entirety of the product will consist of two pieces — the testing device itself, plus a disposable kit for each patient. The units would sell to hospitals for around $18,000 and then each disposable kit would cost $250. In the world of healthcare, for a product that can so easily cause debilitating damage, this is a huge bargain. More than that, though, as Keith rightly asserts, “when it comes to life and death, the hospital often finds ways to make itself afford the right equipment.”

Listening to Keith’s product pitch was one of a few ah-hah moments that I had at Boston TechStars’ Demo Day. Given my history of working in hospitals as a nurse, plus having had family members who have suffered from stroke damage, it was doubly impacting. In today’s world where startup accelerators and incubators are so concerned with building the next Facebook or Twitter, TechStars and Strohl are refreshing changes that are working together to truly make a difference.

Read next: 'Titans' TV special on Steve Jobs to air Thursday on CNBC