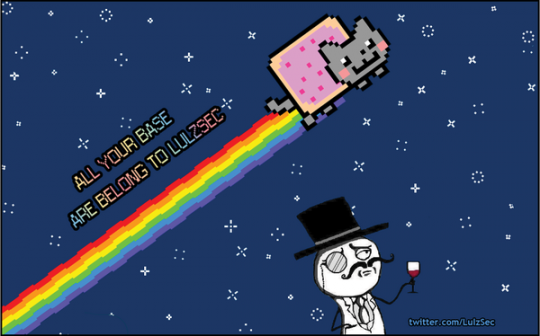 Ryan Cleary, a 19-year-old student from Wickford, Essex was arrested on Tuesday in connection with the hacking group LulzSec, a collective associated with hacks on Sony, Nintendo and the CIA.

The Metropolitan Police released a statement on the arrest, which did not name the invididual involved, stating that its Central e-Crime Unit (PCeU) had arrested the man in a “pre-planned intelligence-led operation”.

The arrest came after an investigation by the PCeU, assisted by Essex Police and the FBI, which looked into a number of high-profile hacking attempts and Distributed Denial of Service (DDoS) attacks against international businesses and intelligence agencies by what was believed to have been by the LulzSec hacking group.

The teenager was arrested on suspicion of Computer Misuse Act, and Fraud Act offences and was taken to a central London police station, where he currently remains in custody for questioning.

Searches at a residential address in Wickford, Essex, following the arrest last night have led to the examination of a significant amount of material. These forensic examinations remain ongoing.

FYI all members of lulzsec are safe. Ryan Cleary has little to do with lulzsec besides running irc.lulzsec.org. Media needs to fix story.

Hours after news of the arrest hit the newswires, LulzSec issued its first communication after the arrest of one of its alleged members. Posting to its Twitter account, the group says that all of its members are still jail-free.

LulzSec is a hacking group that has claimed attacks on Sony, Nintendo, the CIA. It is believed to comprise of members which belonged to loose online collective Anonymous.