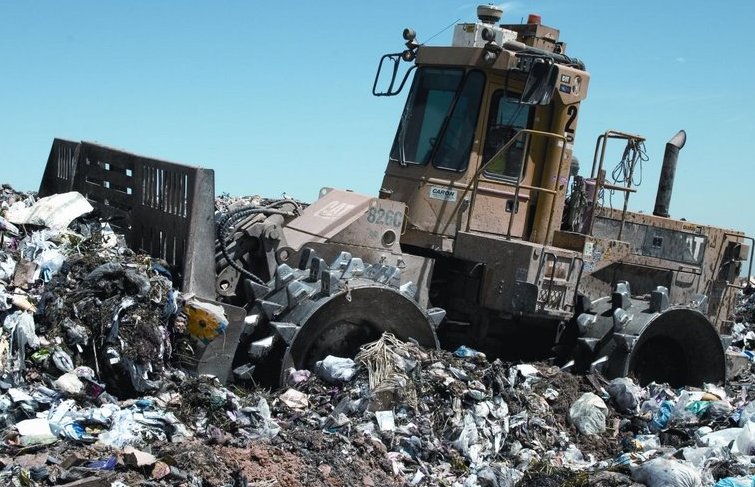 It’s safe to say that the human race is thriving. Between 1959 and 2009, the world’s population more than doubled from under three billion people to almost seven billion. While the rate of growth is expected to slow over the next four decades, Earth is expected to be home to over nine billion people by 2050. That’s a lot of people for Mother Nature to manage.

Space issues aside, the biggest concern on an over-populated planet is whether or not there will be enough resources to go around. Last week, British investor and Co-founder of Grantham Mayo Van Otterloo (GMO) Jeremy Grantham offered what Business Insider called a “startlingly depressing outlook for the future of humanity.”

Grantham opined that the world has suffered a permanent ‘paradigm shift’, where the number of people on Earth has now outstripped the planet’s ability to support us. Of course, this is nothing new – the notion of a growing global population of humans consuming a finite supply of natural resources can only lead to one end, can’t it? And this is very much why “the prices of metals, hydrocarbons (oil), and food are now beginning to reflect that”, notes Grantham.

But the purpose of this piece isn’t to tread well-worn ground about the planet’s perils. So forget about fossil fuels, drinking water, crops, ice-caps, trees and animals for now. What we’ll be looking at is all those elements that go into helping you do what you’re doing right now. Whether you’re reading this on your laptop, smartphone, tablet…or any other digital device, the natural environment has had a huge part to play in this experience.

Besides the direct environmental impact of mining the Earth, there is a more immediate threat. You’ve no doubt heard about conflict diamonds or ‘blood diamonds‘, which are diamonds mined in a war zone and sold to finance an insurgency, invading army’s war efforts or a warlord’s activity. Well, your mobile phone contains a similarly valuable commodity that’s been at the center of controversy in recent times.

Tantalum is one of the best superconductors on Earth, and it’s used to coat capacitors to obtain more power from less energy. This basically means that laptops and mobile phones don’t need batteries that are larger than the device itself – so this is one of the chief reasons why you can slip your iPhone in your pocket rather than carting it around in a wheelbarrow. In central African countries such as The Democratic Republic of Congo,the mining of the mineral coltan – from which tantalum is extracted – it has often been argued fuels wars and encourages child slavery. And these arguments are well-founded.

However, the majority of tantalum production shifted to Australia, and Western Australia became the world’s largest source of mined tantalum concentrates. The mine closed in late 2008, and has only recently reopened.

In 2010, major concerns were raised as to the availability of tantalum and the effect this would have on the supply chain. “The impact, the real concern, is actually obtaining the metal,” said Dennis Zogbi, CEO of Paumanok Publications, which researches the component industry and the tantalum markets. If the stockpile of tantalum ever runs out, this could be disastrous for the electronics industry.

Tantalum minerals are also mined in Canada, China, Ethiopia, and Mozambique, and mass reserves were found in Venezuela in 2009, and in Columbia a year later. Possible sites are being explored elsewhere too, but with increasing demands for smartphones, tablets, laptops and other consumer electronics, the need for tantalum will only increase, which is likely to see manufacturers return to Africa in their droves.

But in the same way as we’re seeing ethical diamonds and Fairtrade coffee come to the fore as a means of preventing exploitation in developing countries, Bloomberg reported a couple of weeks ago that the first conflict-free tantalum has recently been certified by The Electronic Industry Citizenship Coalition and Global e- Sustainability Coalition (EICC/GeSI), an initiative backed by companies such as Apple and Intel.

If you have any doubt as to the potential efficacy of such measures, Bloomberg also noted that tin ore sales from The Democratic Republic of Congo’s North Kivu province fell by 90%  in April – this was after companies stopped purchasing minerals from the region to comply with the EICC/GeSI program.

So we’re nowhere near at the stage yet of ensuring your smartphones and tablets are all ethically produced, but this is a very small – but important – step in the right direction.

Then there’s Indium, a rare chemical element you may or may not have heard of. Zinc ores are the primary source of indium, which – when isolated – is then used in liquid crystal displays (LCDs) and touchscreens.

China is a leading producer of indium, whilst Canada and Bolivia are also large producers. And Cornwall, England, was also found to hold significant indium deposits earlier this year too, something which could prove massively beneficial to the UK economy.

Last year, 85% of all indium was devoted to making indium tin oxide for use in LCD products, and the demand is predicted to grow at 15% a year over the next few years.

A UN report published last month found that there are virtually no recycling initiatives in place for indium, and Thomas Graedel, one of the report’s eight authors, warned that a failure to re-use metals such as Indium doesn’t bode well for the future:

“If we do not have these materials readily available at reasonable prices, a lot of modern technology simply cannot happen. We don’t think immediate shortages are likely but we are absolutely unable to make predictions based on the very limited geological exploration currently conducted.”

So we’re not talking about this year or next, but we are talking about a time in the not-too-distant future, and this means we need to prepare for this now.

The case for recycling

Your old mobile phone has circuit boards, batteries and an LCD screen – these all contain harmful materials that, when dumped in landfill sites, eventually break down and leak into the environment.

Over time, the likes of lead, cadmium and mercury pollution can be hazardous to the environment and to our health. It was for this reason that, in 2006, California became the first US state to make it mandatory for all mobile phone retailers to establish a collection and recycling program for mobile phones. The law also prevents residents from disposing of old mobile phones.

But recycling isn’t just about the environment and your health – here are a few things you should know.

It’s very difficult to reclaim tantalum once it has been transposed onto an electronic component. For this reason, it’s important that you choose how you dispose of old devices carefully. Some organizations will promise to ‘safely’ recycle your handset, but this is very vague and may not mean the components are being reused. Given the amount of effort and strife that may have gone into producing it, you should ensure that it is actually reused. But this is something governments and industries need to help consumers achieve.

The UN report analyzed the recycling rates of 60 metals, and 34 of these have recycling rates of less than 1%. Among the least-recycled metals were tellurium and gallium – which are used in solar cells – and lithium, a key element in your phone and laptop batteries.

Unlike Grantham’s grim assertion of the future of the planet and humanity, there is some positive news. The Earth’s population may be reaching saturation point, and we may be consuming more and more of Mother Earth’s precious natural resources, but many of these metals aren’t yet in heavy use. Relatively speaking, at least.

This doesn’t mean you should adopt a gung-ho approach to recycling – if we’ve learned anything since the advent of the industrial revolution, it pays to proceed with caution from the start. Think about the future, as this will be crucial over the next few decades. Recycling and reusing requires far less energy consumption than mining. So why increase the need for mining when there is so much to be gained from properly reusing existing material?

In the UK alone, there’s thought to be £2.7bn worth of unused mobile phones – that’s in a country with a relatively small population. India is often said to have more mobile phones than it does toilets – that’s more than half a billion handsets. If everyone in India upgraded even once, just think about the potential waste.

Of course, with the best will in the world, there is only so much we can do as consumers. The UN report recommends massive improvements in waste management, measures that will ensure all products that contain metal are dealt with more effectively, particularly in emerging and developing countries. And the onus is also on product designers to make it easier to separate materials within electronics.

Despite the best efforts of environmentalists, governments, businesses and consumers, there could be another ‘small’ obstacle to contend with if we’re to protect the Earth’s natural resources. And that is China.

As reported recently in National Geographic, China supplies 97% of the world’s so-called rare earth elements, elements we all rely on for all our high-tech gadgetry, including mobile phones and laptops. And in 2010, China gave a hint of what the future may hold for the rest of us, when it stopped shipments of rare earth elements to Japan for a month following a diplomatic dispute. This had a big impact on the price of rare earths on global markets. China is expected to reduce its rare earth exports to help protect the country’s own rapidly growing industries. Indeed, it’s worth noting that almost two-thirds of rare earth metals produced in China are already consumed ‘in-house’, so to speak.

If China does decide to cut back on its exports, global prices will sky rocket. Dysprosium, for example, is used in hard-drives and it now sells for over $200 a pound (roughly half a kilo), but the disturbing thing is that the price was only about $7 eight years ago.

It’s thought that the global demand for many rare earth metals could exceed the supply as soon as the end of this year. The National Geographic quote Mark A. Smith, president and CEO of Molycorp, an American company that operates a rare earth mine at Mountain Pass, California:

“We’re in a supply crunch right now, and it’s a pretty severe one. This year the demand will be 55,000 to 60,000 tons outside of China, and everyone’s best guess right now is that China will be exporting about 24,000 tons of material. We’ll survive because of industry inventories and government stockpiles, but I think 2011 will be a very, very critical year in terms of supply and demand.”

So how serious is this? Well, China has almost half of the planet’s rare earth reserves. The US holds about 13%, whilst Russia, Australia and Canada also has some stockpiles, so we’re not quite at the critical stage yet. But the writing is very much on the wall for many industries, not just electronics.

With Earth’s population reaching tipping point, you will have read a lot about shortages in fossil fuels, clean drinking water and, of course, food. And with demand for high-tech gadgets increasing exponentially in recent years around the world, you can expect to hear a lot more about other shortages in the coming years. If nothing else, this should help persuade you that recycling your old mobile phones, laptops, tablets…whatever, is of paramount importance.