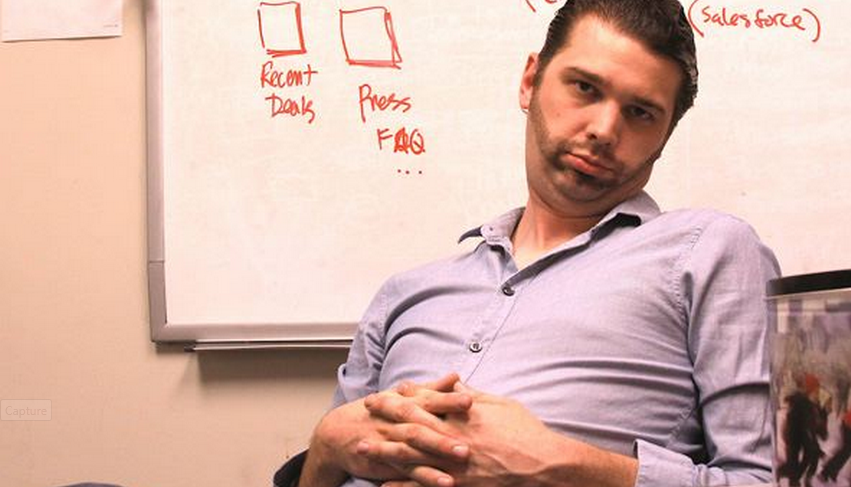 Warning: This post does not constitute investment, legal, or any other sort of advice. Do not use the information or anything else contained in this post to make any decision. TNW is not your financial adviser. This post is a short meditation on the current valuation of certain technology stocks, and should not be misconstrued by you, the reader, as anything else.

Boring, legal introduction aside, let’s talk about stocks. Not just any stocks, of course, but technology stocks. To make this fun, we are going to compare six companies broken into two groups: older, established technology companies versus the young, new generation of tech companies that have either just gone public, or have recently filed to do so.

We will be looking at Groupon, LinkedIn, Pandora, Google, Microsoft, and Apple. We’ll compare a few key ratios for each company, and then ask the question: do the valuations that are attached to the companies make sense, and if so why, and if not why not?

There has been much hubbub about the current crop of technology firms that are looking at going public: are we in a bubble, why are many still losing money, is the market overvaluing them? The list goes on. With the recent success of the LinkedIn IPO, popping on its first day like it was 1999, investors have begun to wonder if the salad days have returned.

It’s an interesting and important question. Is the market fundamentally overvaluing the current tech darlings, allowing them to go public before they should? To answer, we shall begin by looking at our three older technology companies, Apple, Google, and Microsoft, digging into the figures behind their market caps, and then stack them against the three newer firms.

All data unless otherwise marked is from Reuters. Let’s get started.

Don’t know the acronyms that we are using? Head here for a quick primer. You’ll thank yourself later for knowing them later – impress your friends!

Google’s PE of roughly 20 doesn’t feel high. This is especially the case when you compare it to its 5 year PE high of 52.01. Sure, Google isn’t as sexy as it once was, and yes, its new CEO is less market-friendly, but 20 simply feels a touch off as the company’s five-year EPS growth is 39.28%. We were using understatement there, if you missed it.,

Its one year EPS growth is 28.89%, putting its TTM PEG ratio at below one. The market seems to be quite bored with Google, for one reason or another.

Microsoft is the only stock that we will look at today that has a dividend, for what that is worth. However, what is truly odd about Microsoft’s numbers is its PE ratio, which is sub ten. That is less than half of Google’s, which we already decided was a bit low.

Apple is worth $100 billion more than Microsoft, and nearly twice Google. But is that because it’s worth more, or the market likes it better? Oddly, it depends. Apple’s PE ratio is 15.54, about 50% more than Microsoft’s. Therefore, if Microsoft had the same PE as Apple, or vice versa, they would be worth about the same amount (200*1.5=300, etc).

Apple’s PE ratio is lower than Google’s, so its 2x valuation is actually a bit more meaningful than is shown by just the pure numbers; its trailing twelve months of profit are more than twice as large.

To sum up the titans: strong growth, low valuations, and of course, proven consistency and viability.

Now, let’s take a look at the young guns, the up and coming companies that are supposed to usher in the next wave of the web’s public leaders: Groupon, LinkedIn, and Pandora. Of the three, only LinkedIn is actually on the market. For the others we will use their filing statements, and numbers from the Wall Street Journal.

Groupon is often called the fastest growing company of all time. Then again, Groupon lost $456.3 million last year, and doesn’t intend to start making money any time soon. Why is that? The company is content to burn cash on customer acquisition, and grow its revenues as rapidly as it can. That means losses.

Sure, Groupon could curtail its marketing budget, and thus its massive burn rate, but once it gets its IPO cash in hand, the company, which has always felt a bit profligate, isn’t likely to change its ways.

Of course, as Groupon doesn’t have profits, we can’t calculate its PE ration, or its PEG, and so forth. We’ll leave you with this:

Groupon now has over 80 million subscribers, already up dramatically from the 50 million it had at the end of last year.

All of this, and the company is not even profitable.

LinkedIn is the only of the companies among the young guns that makes money, but not very much. Remember Microsoft’s PE ratio that was lower than ten? LinkedIn’s is over 2,000. Ouch. That nearly 7 billion dollar capitalization might not make much sense.

If LinkedIn was valued using Microsoft’s PE ratio, it would be worth 34.4 million dollars. Crazy, right?

Pandora is not worth much in comparison to the other companies on our list, doesn’t make money, but despite that  just raised its IPO price. Why? It is showing strong growth, and it felt like there was the investor appetite to allow it to do so. More power to them.

But again, as they have no profits we can’t assign a PE ratio to the company. And, at a valuation of 2 billion, to use simpler numbers, Pandora is worth merely 1.5% of Apple. Just some food for thought.

The young guns seem to be growing quickly, but have yet to demonstrate that they can create significant profits, or that their business models have them destined to be twelve-figures businesses.

So when we take the our younger companies, and stack them up against our older giants, we see what you would expect: the smaller companies are focusing on growth, and are burning the cash to make it happen, while the older companies are, by comparison, hugely profitable and valued at lower ratios.

This is what most people are conditioned to accept as normal: the more ‘boring’ companies suffering from market apathy, while the up and comers are showered in love and attention among traders and other financial types. Some gap between market reaction to new companies and more mature firms is therefore to be anticipated. But is what we are seeing in line with that, or is there simply too much hype for the new companies, and not enough respect for the giants?

It seems so. For LinkedIn to get to a PEG ratio of 1, its growth rate would have to be so huge that it would quickly leave Groupon in the dust in terms of growth rates and revenues. Groupon, which is asking to be valued at roughly 15% of Google’s market cap, seems set to accelerate its losses, and Pandora is simply too small in terms of potential and value to even stack up against the older firms.

Even more, the PE ratios of the older companies, when compared to their EPS growth, are slightly. PEG ratios are not usually that low, and for a reason.

So our conclusion is this: the market is falling for the sexiness of the next big thing, when it could instead be putting its cash into companies that are growing, profitable, and from our perspective, cheap. Is that what we call a bubble?