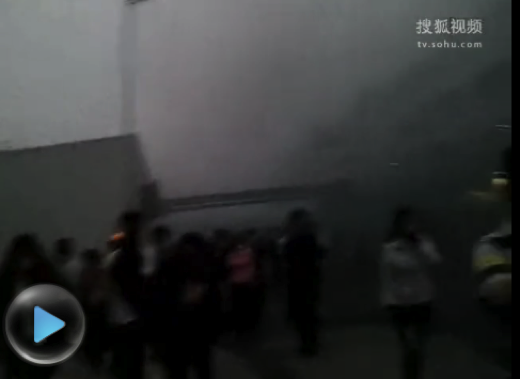 Manufacturing giant Foxconn’s plant in Chengdu, where many iPads are produced, suffered an explosion early Friday morning. The report from M.I.C. Gadget indicates that there are currently more than 10 fire engines and ambulances and an array of police cars on the scene. There is video from eyewitnesses and reports that 6 or 7 people have been injured, with more coming in. Chengdu Hi-tech Industrial Park West Foxconn Building A5 was the portion of the factory affected by the explosion. Updates at the bottom of the post.

Reporters on the scene have been instructed to stay away from the building as there is a possibility of a secondary explosion.

M. I. C. Gadget points out that Chinese resident Ji Quing Ling has posted some details on a Sina Weibo account indicating that the A056 building of the plant was the one stricken.

The explosion occurred in the A05, at 7 pm, the explosion caused many materials casted out from the building, and there are at least hundreds or more of workers inside the building. The whole building did not collapse yet, I do not know what is going on inside. Now there are more than 10 fire engines, 10 ambulances, many police cars.

The A5 building referred to is apparently part of the iPad 2 production line. The video below, shot on the scene, was uploaded 1 hour ago in China. M.I.C Gadget also has video from the scene today. The original report of the explosion was posted on Sina and seems to indicate that the explosion happened during a shift change.

Update. Additional reports are coming in that at 21:00 hours in China, 6 men and 1 woman were hospitalized in the Sichuan People’s Hospital, two of which are seriously injured. Floors 2,3 and 4 are the ones affected with the exterior wall of the building suffering damage to a reported ‘super-light dust’ explosion. An updated report from Sina is indicating that the explosion has resulted in 2 deaths, 16 injuries, 3 of those serious so far. The cause of the explosion is currently under investigation.

We will continue to update this post as more details arrive. More than 100 workers are employed in the building where the explosion occurred and their safety takes priority, but it also raises questions about the effect that this explosion may have on iPad 2 production.

Read next: How to give Spotify no choice but to hire you