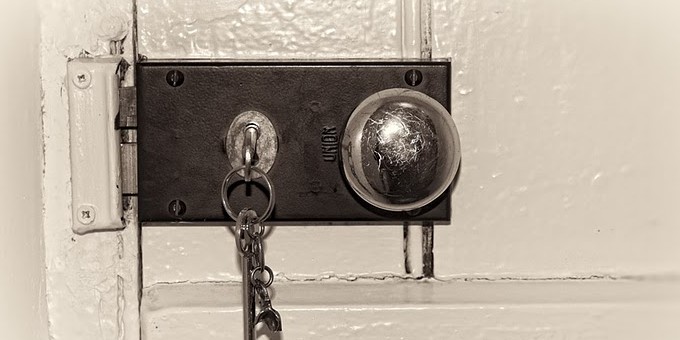 Today it was popular Twitter photo-sharing service Twitpic. On its blog Twitpic clarified their terms of service (ToS), stating,

“To clarify our ToS regarding ownership, you the user retain all copyrights to your photos and videos, it’s your content. Our terms state by uploading content to Twitpic you allow us to distribute that content on twitpic.com and our affiliated partners. This is standard among most user-generated content sites (including Twitter). If you delete a photo or video from Twitpic, that content is no longer viewable.”

It’s what’s not clarified that’s more important.  Twitpic states deleted content is “no longer viewable.”  Content is defined on Twitpic’s ToS as “all data, photographs, videos, messages, graphics, comments, text, tags, or other materials.”  True unless, as its ToS goes on to state,

“The above licenses granted by you in media Content you submit to the Service terminate within a commercially reasonable time after you remove or delete your media from the Service provided that any sub-license by Twitpic to use, reproduce or distribute the Content prior to such termination may be perpetual and irrevocable.”

Meaning while a user’s content is no longer viewable, one’s consent to the ToS continue for the vague, “commercially reasonable time,” and may be “perpetual and irrevocable.”  Content uploaded to Twitpic, while technically yours, are and may forever be licensed to Twitpic.

Twitpic’s recently amended terms coincide with the announcement of a new deal which sees the service partnering with news agency WENN to sell on the media photos posted by celebrities on Twitter. The new licensing deal ensures that users retain the copyright but by uploading photos service, the company is able to exploit the photos for commercial gain.

In summary, anyone republishing a photo of a celebrity on Twitpic will now have to pay WENN. This is exactly what WENN chief executive Lloyd Beiny alludes to in his statement:

“There has been much unauthorised use of Twitpic images which we shall be addressing without delay. The belief by some that any photo posted on Twitter is available at no cost is completely wrong but now as result of this new arrangement, anyone wishing to publish celebrity photos posted on Twitter via TwitPic will be able to do so legitimately via WENN.”

For those who haven’t read the terms of service on Twitpic, this will come as a huge surprise.

Twitpic founder Noah Everett, in his blog post, has already stated that photos like the Hudson plane crash were misused, but the emphasis is on Twitpic, not the original uploader. Twitpic is ever-so-subtly positioning itself so it can profit from any photo that has the potential to be picked up by a media outlet.

A deeper dive into photo-sharing apps reveals that Twitpic’s ToS are not unique, rather they are the norm.

The ToS for other popular photo-sharing apps, picplz, Color, yFrog, Instagram, Flickr, and Lockerz (fka Plixi), all have similar clauses to those of Twitpic – bar one MobyPicture.

picplz users agree to, among other things,

“the right of the service “and its affiliates a nonexclusive, royalty-free, perpetual, irrevocable and fully sublicensable right to use, reproduce, modify, adapt, publish, translate, create derivative works from, distribute, perform and display such Content in connection with: (i) providing and promoting the Service; and/or (ii) exercising the rights granted in these Terms.”

Color, while stating in bold terms “YOU OWN THE CONTENT YOU CREATE,” also brashly proclaims, “You don’t have to use our Service, but if you do, you’re giving us permission to use your Content.”

yFrog, in what can only be described as egregious, outlines in its ToS that only,

“Content marked “private” will not be distributed outside the ImageShack Services. ImageShack and/or other Users may copy, print or display publicly available Content outside of the ImageShack Services, including without limitation, via the Site or third party websites or applications (for example, services allowing Users to order prints of Content or t-shirts and similar items containing Content). After you remove your Content from the ImageShack Website we will cease distribution as soon as practicable, and at such time when distribution ceases, the license to such Content will terminate.”

Upload something to yFrog not marked “private” and one can see it on a t-shirt or other commercially available item, with yFrog ceasing distribution when its definition of “as soon as practicable” has been satisfied.

Lockerz ToS is without question one of the longest reads.  The important item of note from Lockerz ToS reads:

“This Website and the content and all intellectual property rights included in or associated with the Website, including, but not limited to patents, copyrights, trademarks, service marks, logos and Decalz™ (collectively “Content”), are owned or licensed by us, and all right, title and interest in and to the Website and Content remains with us or our licensors, as applicable.”

In other words, Lockerz owns your content, plain and simple.

Instagram, in response to user concern, modified its ToS in November 2010 concerning ownership,

“We removed the part granting license to others… We never intended on this, and we apologize. The right granted to instagram does not imply ownership at all on our part and has everything to do with being able to host your photos, disply them in featured blog posts, etc.  Your photos remain yours and yours only!”

We’ve reached out to other popular photography and photo sharing apps concerning their terms of service: MobyPicture, Camera+, Tilt Shift, 360 Panorama and Pano, at this point receiving a response only from a couple, an encouraging one at that.

Speaking with Twitpic competitor, MobyPicture, the company states that all rights of uploaded content by its users remain the property of its users, explicitly noting it will not sell any photos.

“We don’t exercise any rights over photographs that users take with Pano, nor would we want to. Photos taken with Pano belong whoever has taken the photographs. We’re not lawyers, but that simply makes the most sense to us, and I’d guess that most users would expect it. Our users have paid for a product, and we think it’s reasonable that they own what they produce with that product.”

“Pano has been immensely successful, but I think that in many ways it’s unlike a lot of other successful apps on the store, in that it is and always has been the product of three friends working to produce the best photography experience on the app store It’s never occurred to us to try to take ownership over a user’s panos.”

What does the above legalese mean?

A copyright gives the owner the exclusive right to reproduce, distribute, perform, display, or license his work. The owner also receives the exclusive right to produce or license derivatives of his or her work. If you own the content you can do with it what you like. If, as the ToS for the services listed above demonstrate, you grant them a license to your content explicitly, or implicitly by agreeing to their ToS, you’re also placing them in the shoes of the owner and allowing them to do what they will with your content, including, but not limited to, creating goods to sell.

What should users do?

The only real way to ensure you remain in control of your uploads is to upload images to a private server or use a service such as Mobypicture which says it will not try to profit off the back of your work. But if you’re a user of any of the above apps, or any app for that matter, read the ToS, and if you have any questions, which no doubt many will (including yours truly) contact the creator of application. Knowledge is paramount in an era of rapid dissemination of all that’s posted in a public forum, especially concerning settings you have control over as our Stefan Meeuws profiled.

The rapid and worldwide spread of access to the Internet as well as the ease with which electronic data may be copied and manipulated poses new challenges to existing intellectual property regulations, as today’s hearing before the U.S. Congress concerning location capture by Apple and Google represents. The new demands created by the information age are complex, and despite making each of our lives easier in certain respects, also create new challenges for all.

Update: As two readers, Sander and Gerben, brought to our attention below, yFrog has revised their ToS, now reading:

“The content that you distribute through the ImageShack Network is owned by you…You may request deletion or mark your content private through our sites’ user interfaces, or by contacting ImageShack directly.  After your request is processed, ImageShack will cease distribution of your content within a maximum period of 24 hours (but usually as short as one hour) and will absolve itself of any ownership of said content, implied or otherwise.”

yFrog now explicitly states your content is yours and provides a defined deadline for when it will cease distributing one’s content.

Note that not marking your content “private” still grants yFrog and ImageShack “permission to display and distribute said content on sites operated by ImageShack (ImageShack.com and yfrog.com).”

Read next: Rovio ties up with Chinese gaming portal to bring Angry Birds to China