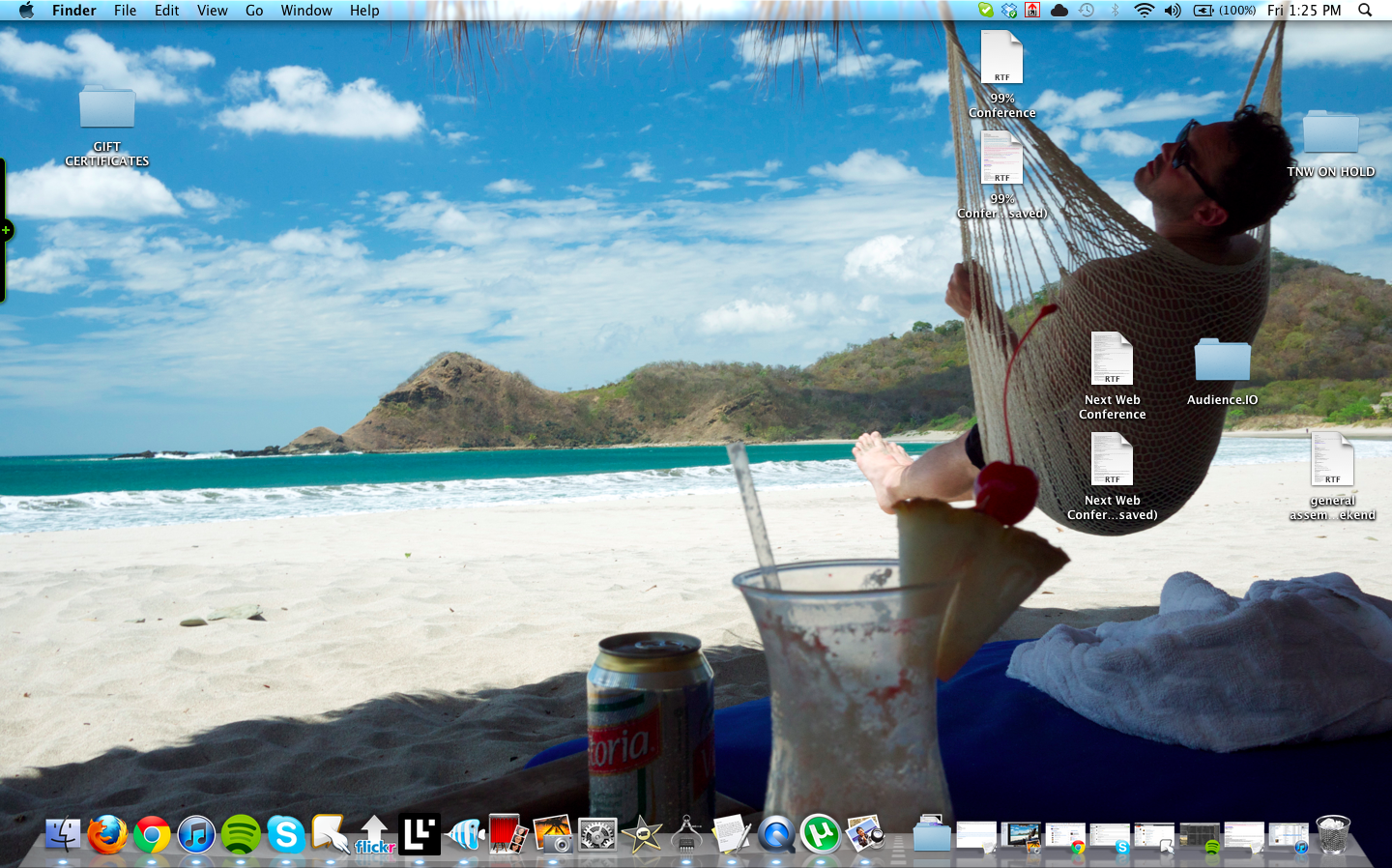 I want my life to be totally free, surrounded by friends and family but still working productively on what I enjoy.

Um… who doesn’t? While technology has allowed us to live in what Editor Brad McCarty refers to as “The Next Workplace,” corporate mindsets and mundane office life stands in the way of a truly progressive workstyle. Loosecubes, based in Dumbo, Brooklyn is a site that wants to set the global workplace free. Functioning as a global workspace community, Loosecubes hosts 1,057 spaces in 229 cities in 29 countries, making it largest network of its kind.

Founder Campbell McKellar, who hails from Atlanta, Georgia, received her undergraduate degree at Princeton and finished up with an MBA at Stanford University. The blushing, PR-shy founder turned the lights on the site last June, but remained quiet in the press until she built a product she was ready to show the world.

Campbell’s story is quite instinctive: She was working for a real estate firm in 2008, and then the economy collapsed. Her firm laid off 40% of its staff and she found herself staring around a beautiful Tribeca loft, albeit an empty space. She told her boss, “Pay me half my salary and I’ll work remotely for 3 months.” Her boss agreed, she moved to Maine and realized that working remotely was just as productive after all, minus the interruptions from her friends wanting to go kayaking in the middle of an important call regarding mortgage appraisals. She loved the freedom, but still wanted an office. Aware of all the empty space in the city and therefore around the world, she thought, “Why don’t I try to keep those loose cubes together?”

The site now offers spaces in all corners of the world as far-reaching as co-working in the Caribbean, collaborative workspace in the Philippines, hip spaces in Berlin Germany, trendy spots in London (where I’ve just applied to work for the month of June!) to small town America in Ft. Collins, Colorado. You could say it’s like the AirBnB for workspaces but no one likes cliché metaphors.

Next month, they will launch “Loosecube 2.0” with a new design and better search function, that includes a feature to better match people with their professions. “Sharing space with professionals that you might like to meet,” will be one of the new themes. Loosecubes also released Instant Jelly, a sweet app for creating quick co-working events.

“I joined the Internet in 2010,” says Campbell, who says the majority of the site’s spaces have been brought to her attention via Twitter. The site is completely free to use at the moment, for both parties involved. Loosecubes is seed funded by Accel and Battery Ventures.

“In the future, I want to have a Loosecube on every corner. I want people to get into their local communities. I want people to have less risk if they want to pursue their own projects. I’m trying to remake the way the office works.”

Read next: Many Canadians unaware of how closely they're being tracked online