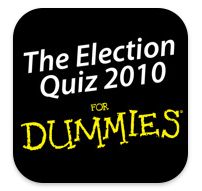 The BBC has just reported the world’s largest Internet pedophile ring has been broken up.

According to Rob Wainwright, head of Europol, the European Police Agency, the network of pedophiles had 70,000 members and links to 30 countries. Thus far, the authorities have identified 670 suspects and 230 abused children.

“Six-hundreds-and-seventy suspects have been identified, 184 arrests have already been made and 230 children, the victims of these terrible crimes, have been identified and rescued from further harm,” Europol’s director Rob Wainwright told journalists in The Hague as reported in the Times of India, “We expect these numbers to rise further.”

The network hid behind boylover.net (which now redirects to varsityguys.com), a barely legal discussion-only forum where members shared their sexual interest in young boys. After members made contact, they would then move to private channels to exchange and share images of abused children.

Dubbed “Operation Rescue”, Europol said the search started in 2007. According to the Guardian, the search was led by the UK’s national centre for child protection, joined by the Australian Federal Police (AFP), the US Immigration and Customs Enforcement Agency (ICE), New Zealand police, Europol, the Zaanstreek-Waterland police in the Netherlands and the Royal Canadian Mounted Police and their efforts resulted in the safeguarding of 230 children globally, aged as young as 2.

The definition of “safeguarded” is unclear as the police were unable to say how many children had actually been taken into care as a result of the investigation. Pedophiles hailed from many countries including Italy, Spain and Thailand.

The founder and owner of the website, Amir Ish-Hurwitz, 37, from the Netherlands, was jailed by a Dutch court on Wednesday, two years after the site was shut down in 2009. Details were revealed at a press conference in the Hague, the Netherlands, where the website’s server was based.

Since Operation Rescue began in 2007, The Guardian reports that 240 suspects in the UK have been arrested (up from 184 in the BBC report this morning) including taxi drivers, IT consultants, police officers, teachers, a woman and a scout leader. To date, 33 have been convicted.

Read next: Murdoch's The Daily set for UK launch