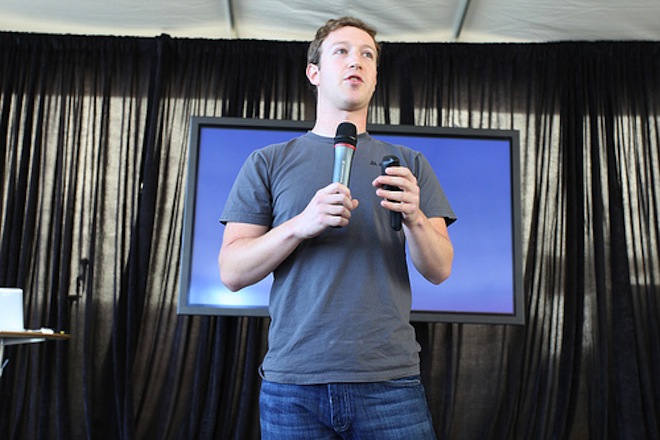 If you’ve followed my writing around TNW, you’re already aware that I’m not a fan of Facebook. I got challenged by Zee the other day to put into words the things that I don’t like about it and I finally had to stop and lay them all out. What I realized was that the Internet as a whole seems to be addicted to a single network, a single point of failure and it’s time for an intervention.

First off, I have to say that there are absolutely positive sides to Facebook. We see stories every day of long-lost friends reunited, businesses that have been helped by having a personal touch and many other success stories. But more often than not, what I see are people who are falling into a pit that Facebook has created, wherein it owns every bit of content and it decides what you can and cannot do.

A few days ago, when Facebook finally rolled out its commenting platform, we talked about the pros and cons of it. As I’ve seen more sites across the Internet put the system into place, something has become glaringly obvious — there just doesn’t seem to be a net positive for the visitor.

Will Facebook comments help to curb spam? Absolutely. Are they great for publishers, who have a chance to communicate their product across multiple platforms? You bet. But what about the full-featured nature that comments systems are fighting for now? Facebook comments seem to have fewer features, and the ones that they do have are oddly misdirected (social importance is still a foolish way to rank comment views).

So what does the user gain? On the whole, the system should be easier to use. Nearly everyone who reads TNW has a Facebook account, I’d venture to say. With that, you wouldn’t have to create a new profile or log in with any other system, you could just come here and comment. It’s a great thought, but the only thing that it really does is curb spam.

The negative side becomes increasingly clear, very quickly. Facebook owns that content. If something happens to it, the site owner and the commenter are both out of luck. If Facebook decides that it’s going to make a page and market its own products using your words, you’ve essentially given the site permission to do that.

While having fewer trolls is obviously a good thing, there are many people who just don’t want to use Facebook outside of Facebook. For them, it’s a lose/lose scenario.

Yes, that’s right. Repeat after me — For many things, social sucks. If I’m searching for information on a dog breed, I don’t really care if my friend wrote note about their dog. I can’t get viable search results for the vast majority of topics on which I’d be looking for answers by doing a search in Facebook.

Now, before you even say it, yes I know that I can get “Web” results inside of Facebook. But even this is a problem. I have the choice of precisely one search provider (not to mention that it happens to be Bing) and the very idea that I’d ever stay inside of Facebook versus simply searching via a browser box is absurd to me.

Now you’ll note that I’m not saying that social media sucks. It’s fantastic, but it’s simply a tool. It should not be the driving force in every move that you make in  your life. There are people who treat social media like others treat religion. If someone says that they’re living their life around a religious movement, they’re ridiculed. Doing the same thing when it comes to social media is oddly and foolishly recognized as being a smart move. I heard an argument a few months ago that said that Facebook was quite akin to using AOL in the early parts of this decade. You have a single entity that wants to force feed you only the information that it sees to be acceptable within its walls, and it wants to ignore everything that happens outside of it. Your contacts, your chatting, your messages, they’re all inside of Facebook now. Oh, and who needs a webpage anymore? There are Facebook pages for nearly everything instead.

Does this sound familiar to anyone else? All we’re missing is a ridiculous mass-shipment of CD’s and we’d be in the same game all over again.

Facebook is not the Internet. It is a small, confined box of stuff that happens to be on the Internet, and somehow lurched its way into Facebook as well. I might have laughed at the AOL to Facebook comparison a few months ago, but its starting to look more similar as time moves on. Heck, I even get companies trying to add me on Facebook so that they can send me PR pitches over the service. It’s absolutely insane and it’s behavior that people exhibit when they’re looking desperately to connect, without truly understanding what the word means.

Facebook makes money from the data that it gleans. We get that. A lot of that information is then made available to developers who make Facebook applications and pages. Those developers rely not only on you using their apps, but also on you clicking the ads that are on the pages — ads which are directly targeted toward you.

But what if Facebook suddenly said “we’re sorry, you can no longer use the biggest ad network in the world, you have to use one of these smaller ones instead”? Sound crazy? That’s exactly what just happened.

It’s a petty fight that has gone on between Facebook and Google for quite some time, and doesn’t appear to be ending anytime soon. Facebook refuses to let its data outside, claiming privacy, but it wants every bit of information brought in, privacy be damned.

While you might not care whether or not you’ll see ads from a certain network, you’ll likely care when content stops happening or starts slowing. Content needs to be monetized. If it can’t be, developers won’t keep doing it. If this direction continues, you will almost surely see a stalling to the amount of content that is being delivered inside the blue walls.

The end result of all of these is that we have governed, monitored content that isn’t curated. It’s just there. While you happily click away on Zynga game of the week, Facebook continues to take everything you give it, but provide little in return. It’s time for an intervention, and it’s beyond time for Facebook to stop biting the hand that feeds it.

Read next: The Nexus S appears to be heading to Sprint "soon"