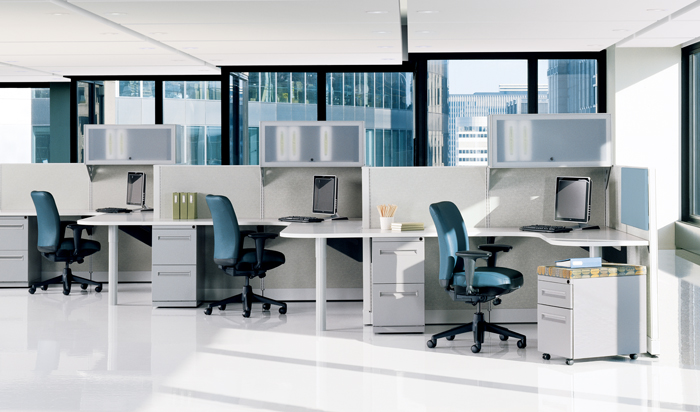 It has been 345 days since I started working with TNW. In that time, I’ve had 2 promotions, I’ve taken 3 business trips, written nearly 1,200 blog posts and it has all happened with only a single Skype call between our Editor in Chief and me. Welcome to the next workplace.

Only a few years ago it would have seemed insane to employ someone, full time, halfway around the world. It would have been even more astounding to do that while barely talking to them, whether in person or over the phone. As our work environments change, so too do the requirements of them. It may not work for everyone, but when you use the tech that is available to you, it can be amazingly successful.

Communication is key in any relationship, and that doesn’t stop at the relationship between an employee and an employer. It’s interesting, though, that we’ve never really felt a lack of communication around TNW, even though the majority of us have never met one another and only speak via typed messages in our back channels or email.

Our other, major form of communication? Twitter. To us, our backchannel is like the proverbial water cooler, while Twitter is the place where we meet for drinks after work. OK, facing facts, we treat it as if we’re having drinks during work sometimes, as well. The staff at TNW holds sanity in very high regard, and the occasional stupid picture or funny video shared among us and our Twitter friends is important in that respect.

So how has it all broken down? Here’s my year in the life of TNW:

A single email was sent from me, asking Zee if he needed writers for a specific subject. He replied, stating what he was actually looking for and I replied an acceptance. He asked me to start the following Monday and I went through a two-week trial period. During that trial, we’d type on Skype quite often, but the majority of the expectations were laid out in Google documents ahead of time, so it didn’t require long conversations to talk about “the rules”.

In the months that followed, I was offered a full-time position, again via a Skype chat. Mind you that these chats have all been text. I had never, through this point, spoken to Zee either face to face or over some method of voice chat. In fact, it wasn’t until six months after I had been working full time that Zee and I actually had a Skype call. Even then, it was only a 5 minute chat to discuss the state of the site and things that were coming in the near future.

How do we stay organized? We use a variety of methods, many of which are standard in numerous industries. We’ve used the suite from 37signals, but found other options that worked better for us. We’re heavily reliant on a real-time backchannel where our team can discuss stories as they happen and plan for upcoming events. We do most of our “housekeeping” (keeping up with contacts, scheduling interviews, etc.) via Google services that are readily available to anyone.

Again, these might not be the right answers for every business, but TNW is absolutely a case of how successful things can be with only minimal verbal communication. It takes some work, and a heavy dose of creativity, but things just work when you keep them simple. Almost every interaction, plan and execution that is handled by TNW is done so in a deceptively simple manner. In sticking with this behavior, we manage to not complicate the simple, and we unravel the tangled on a daily basis.

Could we do it without the technology that we all have readily available? Not a chance. That’s part of the reason why TNW Apps is one of our most-populated channels. We tell you about the things that we find which are simple to use, cool and highly functional. We tell you about them because they are what moves our industry forward and we think that they’re vitally important in order for that to continue to happen.

So there you have it. That’s my first year at TNW, where the only verbal communication that happened wasn’t even a necessity. Is there something to be said for office camaraderie? Absolutely. Are 3-hour meetings and PowerPoint presentations necessary to run a successful business? Not in the next workplace.

Read next: LetterMpress to bring a virtual letterpress to your iPad