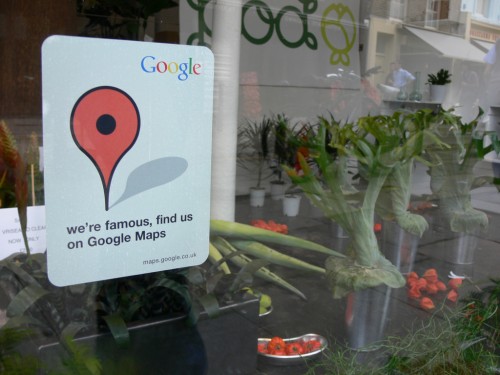 If Google’s new general of social, Vic Gundotra is reading this, and if the plan really is to go after Facebook, then here’s our advice: hit Facebook where it is weakest and where Google is strong – with location services.

Right now, this is the biggest exploitable gap in Facebook’s armor that we can see for Google to exploit, and one that if done right, could change how we look at social networks.

Battle of The Bigs

For the sake of this discussion, we’re going to keep startups such as Foursquare, Gowalla, Brightkite, Whrrl, etc off of the table and stick with the behemoths. The war for the Web, as Tim O’Reilly has called it, is being fought by empires, not city-states (though of course city-states can rise to become empires – and quickly on the Internet – but we’re going to keep this between Facebook and Google).

Facebook has a pretty good lock on many of the things that make a current-day social network – photo sharing, status updates, friend-discovery and social games to mention a few. The one place that it has really dragged its feet is with location. Most people can’t figure out why, but to us, location simply isn’t in Facebook’s DNA (and we doubt Hot Potato is going to change that). Could Facebook make changes to solidify its place as a force in geolocation? Yes, it could, but at this point it is getting far behind the 8-ball – a position 180 degrees from where Google is right now.

There is no other way to put it – Google excels at location, with Google Maps at the core. While Bing Maps is certainly coming on strong with new features, Google Maps is still far and away the most used online mapping tool in the world, and is the core mapping app on both iOS and Android. Using location to take on a competitor is already something Google is doing by integrating Places into Maps to take on Yelp, so it already knows how to use location as a weapon. What Google hasn’t excelled at – yet – is the social aspects of location.

It certainly has tried with Latitude and the geo aspects of Buzz, but neither service is really all that compelling. Whether or not Google improves either/both of those services to make them more social could very well be moot when/if Google Me launches. That is, if Google does Google Me right.

So how would Google do it right? Build a mobile-based location-centric social network that connects users on the go – basically, something far more compelling than Latitude. Google already has many of the pieces in place for this – what they need to do is connect the dots – literally, as in making pins on a map social. Facebook is miles away from being able to do this, and only Apple and Twitter are anywhere near the position that Google is in to be able to pull this off (with Microsoft and Nokia a distant fourth and fifth).

We’re sorry to disappoint, but we’re not going to spell out in this post all the pieces of how this mobile-based location-centric social network would work (first of all, that’s Google’s job, but we’ve got plenty of ideas, so maybe in a future post we will). That said, but in a future Internet where we predict that everything will be a feature of location, and not the other way around, Google should seriously consider taking on Facebook in this way and grabbing the next generation of social networks, instead of trying to grasp at past missed glory.

All that said, we still think LinkedIn is a better target.

(Note: Our Brad McCarthy has some other suggestions for how Google can take on Facebook.)

Read next: Flash on the iPhone 4? You bet! Here's how.