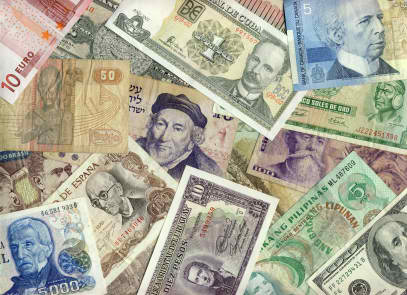 We attended this week’s TechCrunch Crunchup about “social currency” and at the end of the day, we were asking ourselves: do we really need to trade in social media denominations and what is social currency anyway? A day later, to be honest, we’re still trying to figure those questions out.

We think that the idea behind social currency is that by sharing, producing and resharing content online you build up a kind of fund of social credits. In some ways, this is a empherial currency, where you simply build up street cred.

In other ways, social currency can be turned into more followers, friends, whatever. On the “purest” level, however, social currency is literally represented as earning, trading in or just flat out spending virtual money for things either in the Internet or the real world.

A lot of the talk yesterday at the TechCrunch event actually seemed to focus a bit more on the “pure” form of social currency, which makes sense, because there were businesses up on stage that have this at the core of their business plans.

Of all of the companies out there right now dealing with what we’ll call “hard social currency”, certainly one of the most successful is Groupon. Groupon’s CEO Andrew Mason was up on stage yesterday for an interview and frankly, he looked like he didn’t have a care in the world. You probably wouldn’t either if your company was pulling in the kind of money Groupon is.

However, is the success of Groupon and gaming companies like Playdom (which just was bought by Disney, and their CEO was on stage yesterday as well), enough to declare that the idea of social currency as a whole is correct? We’re not so sure, and hopefully what follows will be a ground for a strong discussion in the comments about where this is all going.

First of all, if you can turn a tweet into a buck while at the same time helping out other people, go for it. There’s really not much downside, especially if you don’t do it all the time. However, it’s unlikely that when social currency starts to transition to hard social currency that it will be that altruistic. And then we have a problem.

The problem isn’t that we’re against people (and by people we mean both users and the companies that provide the services) making money off of social media, or off of the value that they bring to the community as a whole. Making money makes things sustainable. No, the problem lies where the hard social currency starts to get in the way of getting the best out of Twitter and other services.

Where that line will be drawn is impossible to know until a more mass transistion to in-stream advertising, virtual credits and other monetization methods starts to make it impossible to avoid the monetary motivations behind sharing on services that up until now have mostly disallowed or filtered that out. Then we’ll see if social currency will make social media sustainable for a long time, or if it will begin to taint the experience, making sharing a chore or a job.

If sharing on social media sites is what you want to for a living, then this will be wonderful for you. However, if you have grown too accustomed to keeping money out of the equation, this new currency might force you to rethink why you are on these services, where sharing for the sake of sharing may no longer always be the case.

Read next: Over 3000 Windows Phone 7 Handsets Have Already Been Deployed