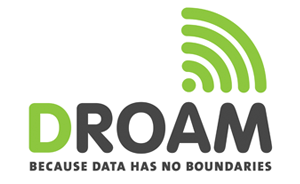 This is the second half of our interview with Plancast CEO Mark Hendrickson that took place earlier this week in Austin at SXSWi. The first half of our discussion is available here.

TNW Location: At a panel that TNW Location attended here at SXSWi, we heard from Loopt CEO Sam Altman that Loopt and a number of other location companies have been having discussions about place interoperability. Are you involved in those talks?

Hendrickson: Yes, we have conversations with those folks as well about how to match up our locations against their locations. We leverage Google’s local search results for all of our location data. Lat/long can be used, but there is no straightforward way to match locations against each other, for instance Google’s results against Foursquare’s system. So that’s an area that we need to work on as startups so that we can communicate with each other across these systems.

TNW Location: So one thing that you launched for this week was the SXSW page. On that page you had featured users, and it reminded us a bit of Twitter’s Suggested User List. How was that set up? Did featured users receive more Plancast followers? What criteria did you use to create the list?

Hendrickson: I would describe it as a mildly derrivitive feature. We put that page up so that the people that came to Plancast for the first time, and went to that page, could see users that were active on the site and were going to SXSW, and through them could say, “ok, so how can I actually use this.” For instance, new users could look at people like Robert Scoble to see which panels or parties he was suggesting. As far as who got on the list – it was really just who came to mind as who attendees may actually care about.

We really wanted to have more of a mix of music, film and interactive, but we ended up having mostly interactive people, because that’s really the people that we know best. We haven’t made a suggested user list for the site in general because we’re not sure if that makes much sense. Twitter pioneered that idea, and now they are backing away from it. Also, planning and location are different than tweets, they’re much more personal. We don’t think that having a suggested user list for individuals makes sense.

However, once we have businesses and other organizations on the site, that might make more sense to have a directory. For instance, bands that you can subscribe to, here are local venues. But we’re not interested in setting up a suggested user list that is part of the sign up flow for individuals.

TNW Location: Plancast – as the name implies – does a good job of broadcasting out to Twitter and Facebook a user’s plans. TNW Location has said that we consider Twitter to be a more logical location platform than Facebook, but with Facebook’s upcoming location announcement, this might change. Also, Facebook has more features that are similar to Plancast (events that show a block of user profile pictures for instance). With that said, which – if either – platform are you focusing on?

Hendrickson: Right now we view both Twitter and Facebook as distribution points for us, and also as ways to make the sign up process easier. We don’t put a whole lot of thought into which one is better for us. That said, even though Twitter has less users, we actually feel that the people that are one Twitter are more earlier adopters and are more inclined to use Plancast. The Twitter experience is closer to Plancast than Facebook – it’s less passive and more active.

In terms of location, I think both of them are just starting to dabble in location, and it’s hard to say whether one will do it better than the other. Also, both of them seem, at least in the short term, to be focused around real-time location functionality, i.e. associating location with status updates. As Plancast has a temporal dimension [i.e. they call themselves “The Foursquare of the Future” meaning they are not about what is going on now, but about what will happen in the future], there is functionality that comes along with that temporal dimension that makes it go beyond just putting a map alongside a tweet.

TNW Location: What about Facebook events? Are they a competitor?

Hendrickson: The way we look at ourselves is that we are not an events site. We don’t really do that much to help event organizers put together invitation lists, or provide tracking, or image uploads or allow for long discriptions of the event.

There are lots of ways in which events can improve online. While Facebook events are extremely popular, I imagine they are thinking of ways to make it popular. For instance, you can’t even do ticketing with Facebook events. I was just on a panel about events [at SXSWi] and it’s amazing how many different directions you can go in. We have a core competency, and we’re not really concerned with offering many of the event features that you’d see on Facebook events or Eventbrite. We are much more an individually focused service for self expression [of plans].

TNW Location: Now that you’ve released the iPhone app, are there plans for Android and/or Blackberry?

Hendrickson: Well, our next step is to just open up our API. We did the iPhone app in part just because we wanted it out for SXSW. We also think there is an opportunity to create a really rich experience there. [But] our plan is to open up our API, show it to developers and then if someone builds an Android app using our API, that’s great.

I think when you’re building a platform, it’s important not to step on developer’s toes. We have to learn how we’re not going to do that. We want developers to really find value out of our API, and not go and feel like we’ve backstabbed them and go do what they’ve done. We’re new at this, we haven’t even released the API, but that’s our general sense of what we want to do.

TNW Location: Let’s talk about your revenue model. TNW Location sees many ways in which you could monetize. What are your immediate plans, if any, to generate revenue?

Hendrickson: We really don’t have any immediate plans to turn on any revenue streams. We have lots of ideas on how we want to make money once we have more volume. This really has to do with several verticals. There’s targeted advertising – we’re going to know where you’re going to be in the future [i.e. because of a user’s stated plans on Plancast] for what purpose, we’re going to know what your past behavior is in the real world.

If you’re traveling to Boston for a week and you share that through Plancast, why not provide you with a hotel deal or an airfare? If you’re just going down to see a baseball game in downtown San Francisco we could show you that there is a happy hour across the street. You can sort of see what Foursquare is doing with their mayor deals, but see how that fits this intent model verses the check-in model. So it’ll be different, but we’d love to have local business involved with our targeted advertising system.

TNW Location: Finally, who do you consider your competitors?

Hendrickson: I don’t consider anyone a direct competitor.

TNW Location would like to thank Mark Hendrickson for taking the time for this interview.

Read next: What Are People Really Buying Online.