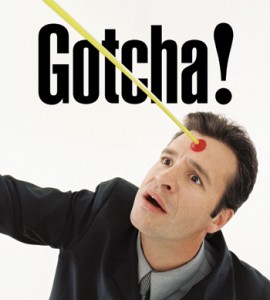 Yesterday at SXSWi we had a chance to listen in to a panel entitled “The Life Graph” with panels from Google, Twitter and Loopt among others. During the panel, Steve Lee, Group Product Manager at Google, announced that Google is preparing to release a simple API for Latitude “within a couple of months” (read: at the Google i/o conference in May).

After the panel, we had a chance to sit down and talk with Mr. Lee about the API and about whether or not Google Buzz would kill Latitude (he said most certainly not by the way).

TNW Location: So first off, when Google announced Buzz, we said that it could be a Latitude killer? Is that going to happen?

Lee: Absolutely not. For one thing, we plan to integrate location services into everything we do. That said, Buzz and Latitude are separate products. They have different use cases. For instance, in Latitude, lots of users have only one or even zero friends – they use the app to track their own location history and/or to track and coordinate with family members. Buzz is more about a broader conversation.

TNW Location: Can you expand on that?

Lee: Buzz is about the conversation, and Latitude is about continuous data sharing. For instance, I used Buzz yesterday at a restaurant here in Austin to post a picture of my food and comment, and associated it with the restaurant [i.e. geotagged]. With Latitude, I use it to see where specific people are, for instance to see how long it will take in traffic. Latitude is used for proximity and progress – Buzz won’t satisfy that.

TNW Location: Ok, the reason we had said that is because we hadn’t seen much public work on Latitude, but obviously you’ve been working on this API behind the scenes. Tell us a little about the API.

Lee: Sure. We’re going to release a fairly simple Read & Write API that will allow developers access to Latitude’s stream and user activity history. Privacy will be controlled on a app-to-app basis using OpenAuth.

TNW Location: So tell us what kind of apps you would like to see developers build using this API.

Lee: One kind of app that I would like to see include home automation, for instance, turning your heat on at home based on your proximity. Other apps could include local weather apps, better visualization for Latitude history, traffic alerts and perhaps city level alerts for services such as LinkedIn. For example, when I’m travelling to New York, an app could let my LinkedIn contacts know that I’m in the city.

TNW Location: Latitude has always seemed to not be featured on the same level as other Google properties such as Maps, GMail, even Buzz. So tell us what other future plans Google has for Latitude. How will it evolve with Google Maps and Android for instance?

Lee: Yes, Latitude has to this point been more a feature of Google Maps and not a distinct product, we I can see that changing, especially after we roll out the API. While there are no specific plans to integrate or feature Latitude in Android, it certainly makes sense for that to happen at some point. Overall, we expect to see a number of new use cases coming from the Latitude API.