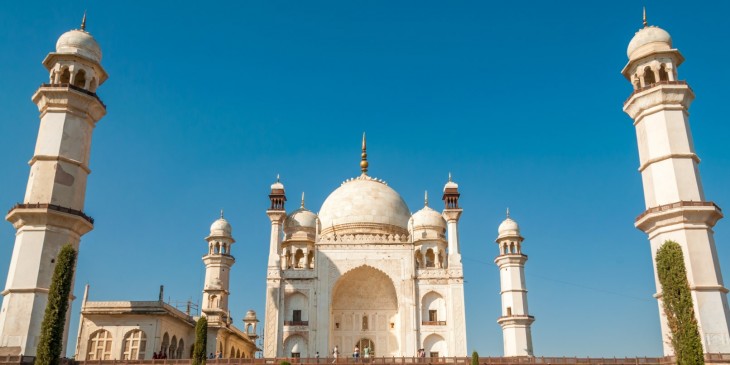 It’s been a little over two weeks since a major public debate on the issue of net neutrality kicked off in India, and things have been hotting up ever since.

We reported that the Telecom Regulatory Authority of India (TRAI) recently released a paper outlining the framework for over-the-top services (OTTS) like search engines, video platforms and social networks, and invited citizens to voice their opinions on the licensing of internet services in the country.

Since then, savvy Indian Web users have been hard at work getting the word out. One Change.org petition has received nearly 240,000 signatures.

Meanwhile, SaveTheInternet.in helps users send a lengthy plea in support of net neutrality to the TRAI with a couple of clicks.

Local comedy act All India Bakchod also launched a video that features the team’s well-known stand-up comedians explaining the issue and urging viewers to write to the TRAI by April 24.

To date, the regulator has received over 600,000 emails from netizens voicing support for net neutrality. Unfortunately, SaveTheInternet India’s investigation has shown that the TRAI’s paper includes misleading edits of quotes from The Economist’s articles on net neutrality, which are biased towards telecom operators and internet service providers (ISPs). So it’s not clear if the organization can be completely trusted to accurately represent people’s sentiments in its report.

Ultimately though, it’s not the TRAI that will pass legislation or make amendments. That’s down to the Department of Telecommunications, which is part of the Ministry of Communications & Information Technology.

The regulator can only make recommendations to the DoT, which can apply or ignore them as it sees fit.

The ministry has set up a committee [PDF] to consider net neutrality. It will publish a report in the second week of May.

Once it has made a decision, the DoT can make changes either by amending the license agreements [PDF] it makes with mobile and broadband providers, or by issuing a notification to them under the IT Act (2000).

The department could also consider amending the IT Act itself to add stronger net neutrality provisions. However, that would need to go through parliament and would take significantly longer.

Over the past few days, the debate has focused on mobile operator Airtel’s upcoming Zero services, which lets companies pay to offer their internet services to users at no charge — including those who don’t even have a data plan.

This is what’s called a zero-rating service. While it does bring the benefit of free internet access, it violates net neutrality principles, as the bouquet of sites and apps available are controlled by providers.

For the ISPs themselves, there’s plenty of money to be made. Content providers and online services will have to bear the cost of data usage by consumers, and ISPs can dictate how much those audiences are worth.

This makes it hard for companies with limited budgets to compete with established players. It also limits users’ choice of sources of information and services.

Major online retailer Flipkart was said to be in talks with Airtel to sign up for Zero and allow mobile users to shop online through the company’s app without incurring data charges.

Twitter and Facebook users began to attack the e-commerce giant for disregarding net neutrality, and even posted 1-star ratings and negative reviews to its Android app on Google Play.

The company then announced that it is no longer considering signing up to Airtel Zero.

Similarly, Cleartrip, a travel ticket platform that lets users book seats on flights, buses and trains, has opted out of Facebook’s Internet.org program. The company was joined in its decision by others on the platform like NDTV, Times Group and Newshunt.

Time to draw a line in the sand, Cleartrip is pulling out of http://t.co/S7VKhY4RC7 & standing up for #NetNeutrality http://t.co/JtpCtbK0AT

Cleartrip clarified its stance in a statement:

“The recent debate around #NetNeutrality gave us pause to rethink our approach to Internet.org and the idea of large corporations getting involved with picking and choosing who gets access to what and how fast. What started off with providing a simple search service has us now concerned with influencing customer decision-making by forcing options on them, something that is against our core DNA.

So while our original intent was noble, it is impossible to pretend there is no conflict of interest (both real and perceived) in our decision to be a participant in Internet.org.”

Even Facebook acknowledges that Internet.org is in its own interests. On a recent earnings call, Facebook’s finance chief Dave Wehner said, “I do think that over the long term, that focusing on helping connect everyone will be a good business opportunity for us.”

Wehner explained that if Facebook becomes one of the top services in these countries, “then over time we will be compensated for some of the value that we’ve provided.”

Leo Mirani of Quartz makes a great case against zero-rating, as it allows services to dominate Web experiences for users. He takes the example of Facebook:

“If the majority of the world’s online population spends time on Facebook, then policymakers, businesses, startups, developers, nonprofits, publishers, and anyone else interested in communicating with them will also, if they are to be effective, go to Facebook.

That means they, too, must then play by the rules of one company. And that has implications for us all.”

However, Mark Zuckerberg believes otherwise and still stands behind Internet.org. In an article in today’s Hindustan Times, the Facebook CEO said:

“Arguments about net neutrality shouldn’t be used to prevent the most disadvantaged people in society from gaining access or to deprive people of opportunity.

Eliminating programmes that bring more people online won’t increase social inclusion or close the digital divide. It will only deprive all of us of the ideas and contributions of the two thirds of the world who are not connected.”

My take on zero-rating is that it may indeed offer short-term benefits, but in the long run, could end up empowering telecom operators to control what we see online and how we use the internet.

If the idea is to bring free Web access to those who can’t afford it right now, there are other ways to go about it — such as offering limited data for free, or subsidising internet access — without creating a walled garden of services and content.

In order for internet providers to ‘manage’ bandwidth and internet speed for various kinds of traffic, such as VoIP calls and streaming video, they will have to monitor your browsing activity… closely.

ISPs can use what is called Deep Packet Inspection (DPI) to look at what sort of content you’re accessing online. The Centre for Internet & Society, a non-profit organization in India, queried two state-run ISPs about whether they used DPI; both BSNL and MTNL said they don’t deploy DPI on their networks.

It’s harder to coax such information out of private ISPs, but there’s reason to believe that some of them do. For example, Airtel mentioned its plans to charge mobile users different rates for VoIP services than their standard data plans last year — the only way they could implement such an initiative is if they actively kept tabs on your Web traffic.

It’s one thing for ISPs to monitor types of bandwidth for the purpose of creating different speed lanes, but such programs could easily lead to increased collection of data on users’ browsing habits. That data could then be sold to third parties or even stolen by hackers.

Is there hope for net neutrality in India?

It’s hard to say, because there are so many moving parts in the country’s massive and convoluted machinery. As mentioned above, both the DoT and TRAI are looking into the matter and will publish reports soon. However, the DoT is not legally required to take the regulator’s recommendations on board.

If it opts to amend license agreements or issue notifications — both of which are executive actions that don’t require new legislation — the government agency could settle the matter in less than a couple of months, based on its handling of previous cases.

But there is always the threat that the country’s rampant corruption could rear its ugly head, steering decisions in favor of organizations with deep pockets.

It’s heartening though that Indian Web users are coming together in greater numbers than ever before to fight for a neutral and open internet. The energy on social networks and blogs around the country is palpable. The net neutrality campaign in India won’t go down without a fight.

Thanks to Amlan Mohanty, a Bangalore, India-based IP lawyer.

Read next: JotterPad is the writing app for creatives