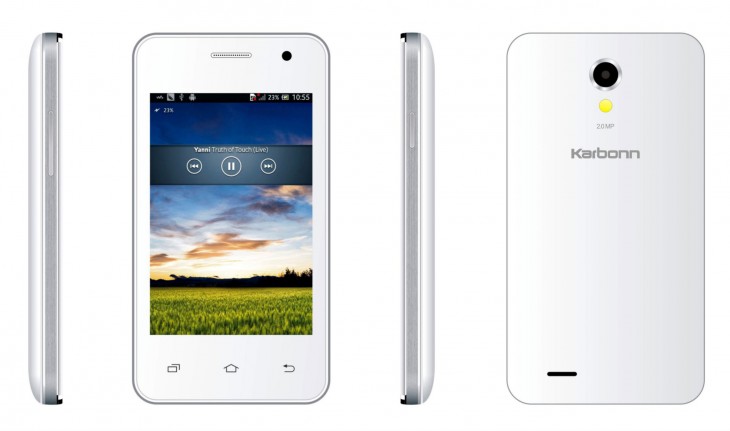 Indian e-commerce juggernaut Flipkart is getting busy in the mobile device market.

Today, it announced that it has teamed up with phone manufacturer Karbonn to launch a series of what it calls “budget smartphones” ranging from a mere Rs 2,699 ($45) to Rs 4,499 ($75). The smartphones are all dual-SIM and run on Android Jelly Bean or KitKat. Last week, the company stepped into the tablet space with the launch of its own Rs 9,999 ($166) seven-inch tablet, branded under Digiflip Pro.

The phones are listed as “coming soon” on Flipkart, and it’s expected that they will be made available in the next few days. To attract its 18 million registered customers, Flipkart is also making cash-on-delivery available for these smartphone orders.

The company previously said that it is branching out into mobile devices because its large user base gives it access to data to predict what kind of products can receive a warm welcome in the market — and in turn, help to boost its sales.

These Flipkart-Karbonn Android phones have been unveiled as Google last week revealed a new program called ‘Android One’ which will specify a set of hardware and software guidelines to adhere to if they want to be certified. The first devices are set to arrive in India from manufacturers including Karbonn and Micromax, and will start from less than $100 too.

Read next: Haste for iPhone is like QuizUp meets Boggle