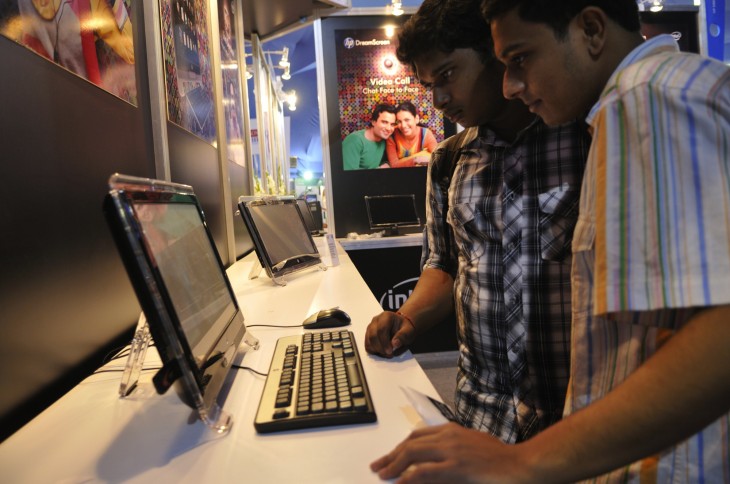 In June this year, N.R. Narayana Murthy pulled a Michael Dell when he called time on his two-year-long retired life and retook charge at Infosys, the Indian information technology (IT) giant he had founded three decades ago in a small apartment with six others.

The reason? An SOS sent out by shareholders and those in the top tier of the IT major after it reported the weakest of annual earnings for 2013. The forecast also predicted that its 2014 sales were going to be equally uncompetitive.

When Murthy had left in 2011 from his chairman position, Infosys stood head and shoulders above the rest as the bellwether Indian IT firm (it had since then been nudged out from that mantle by Tata Consultancy Services).

It had survived the global financial crisis without taking a fatal hit, the client base was steady if marginally declining and the numbers that matter were looking up again. There were niggles, but nothing that needed a hospital visit.

Widely, the blame as to what prompted the nosedive was being laid at the doorsteps of a new long-term growth strategy envisioned by the company’s top management—Infosys 3.0.

There is a whole lot of reading to do if you want to go through and make sense of the entire strategy document that Infosys graciously put out on its website. Good luck with that. The Economist said that it resembled a 19th-century German philosophical tract, not a plan, so abstract and hard it was to understand.

Broadly though, there was some idea as to what the major play within the larger strategy was going to be.

For long-term growth, Infosys was going to slowly pull away from the large outsourcing contracts that had been its bread and butter in the growth phase and launch into new products and solutions riding on the emerging tech trends of cloud computing, big data, analytics, mobility, etc.

Infosys would now be a technology solutions provider. Not a giant outsourcer playing the cost arbitrage game.

But, as it turned out, the pivot didn’t work.

There are many theories as to why it didn’t work—right from the timing being off, the top management not being confident and able enough, that they went too fast, and of course, that the strategy was wrong from day one.

One Infosysian, as the company’s employees are called in India’s tech circles, however pointed us someplace beyond all these voices.

“When it was announced, we were all excited by Infosys 3.0. We got it. We understood the path this strategy was pointing to. We embraced it,” he said on the condition of anonymity. “Cloud, big data, analytics… this was the future.”

“But our managers didn’t get it. Their bosses did not get it. And neither did their bosses. I think the sudden change of direction was too much for them to adapt to at the breakneck speed everyone was expecting of Infosys.”

The birth of India’s outsourcing stigma

The Infosysian had unknowingly, in the comment, revealed a subtle fact about India’s technology sector that is hurting it from the inside—there are too many managers managing things.

Dr. Anand Deshpande, founder, CEO, and managing director at Pune-based IT company Persistent Systems, is one of the few outspoken corporate honchos in the country’s tech sector. And he has a view about this.

Deshpande takes us back to the mid 90s, when the Indian IT boom picked up its pace. By then, companies in the west had woken up to the Y2K reality and decided that there was indeed something to be fixed. But this was a time-consuming job not meant for their internal IT departments.

“These people who joined however came from all sorts of disciplines—not just computer sciences,” he added. “There were engineers of all types—mechanical, civil, electrical etc., and the non-engineering kinds. Companies picked them up from campuses, gave them some training and set them up on projects.”

As India’s IT sector boomed and so did its companies, these new hires grew too, making IT the hottest career choice at the turn of the century.

“Lot of these hires kept growing within their companies and the industry doing one thing—managing people. These people, who joined in 1995 as 25 year-olds, have in 2013 become 42 year-olds sitting in higher positions.”

The problem was, according to Deshpande, that these people had no game. “What skills did these guys have? They never had any programming skills. Eventually, they were moved into positions where they had to ‘manage’ people.”

It helped, he said, that there was room for them. “As companies grew, they grew too,” said Deshpande.

But as the sector slowed and business shrunk (in the last three to five years), there was an unraveling of sorts. There are now fewer jobs for these ‘managers’ and they are slowly being weeded out of big IT firms.

“They have no skills. The only skill they have is to send emails,” said Deshpande.

A chunk of the IT professionals we met in the last year acknowledged this not-talked-about problem in their companies and the sector at large. It is the ‘manager,’ they said, that is the piece for which there is no place in the puzzle.

A senior IT executive with a major firm displayed as much candor as Deshpande, though he did not want to upset some of his own people and spoke on the condition of anonymity.

“The problem is real. Some of the senior staff in Indian IT is widely disconnected from the fast moving reality of tech and are overpaid for it,” he said. He believes this is why India is at the top of the technology services space, but doesn’t seem to lead when it comes to creating products.

“Yes, you could blame them for their lack of grasp of technology but the companies are equally to blame. They kept them longer than needed.”

A mid-level IT sales executive, who works with an American telecom player’s Asian operations and has previously worked with Indian IT companies like HCL says that in the last five years, Indian companies have woken up to this.

“I saw it at one of the firms I worked with. The company, especially when it was diversifying from core IT services, found many in the Manager, General Manager, and Director positions to be dead wood,” he told us anonymously.

These people, he said, were slowly and gently nudged out. “They were replaced by younger, cheaper talent that had its ears to the ground and could adjust to the changing nature of the company.”

The weeding out of the ‘manager’ has begun in earnest. A junior level IT recruiter from a top Indian recruitment consultancy told us that many of the resumes in his files fit the profile that Persistent’s Deshpande described.

“We have a lot of resumes from the middle of the pyramid,” he said on the condition of anonymity, as he is not allowed to speak to the media. “It is not easy for us to place these candidates as companies are looking more specializations.”

Som Mittal, President at NASSCOM, the peak IT industry body, echoed this view in July in an interview to a local Indian business magazine. Mittal said that in the future, Indian IT companies would look for people with skills in mobile applications, cloud virtualization and platform engineering, as well as data scientists.

For now though, India’s inadequate education sector is still around to rescue the ‘manager’ or at least some of that kind. As noted by consulting firm Deloitte in its compensation survey for 2013-14, the sector faces a concern of the skill-levels of the talent pool that it sources employees from.

“Although there are an increasing number of institutions that are providing engineering education, the skill level of the graduates remains a concern due to the quality of the education that is imparted in these institutions,” it said.

The senior IT executive we talked to agreed with the Deloitte prediction but said that the pace of the change the industry wants will ensure that the talent is skilled faster—that the education and training space will respond faster.

When we asked him about the senior talent that is on its way out, the executive says that the Indian IT sector is large enough to absorb them in jobs similar to the ones they once did for the big companies.

“The outsourcing game is still alive in India and the rest of Asia. There will always be room for them…but not in the specialized high margin game India’s big IT companies will soon be playing,” he said. “They’ll be fine.

“As long as they don’t get into the startup game.”

Read next: Addvocate to launch refresh of its employee advocacy platform and integrate with Salesforce Chatter