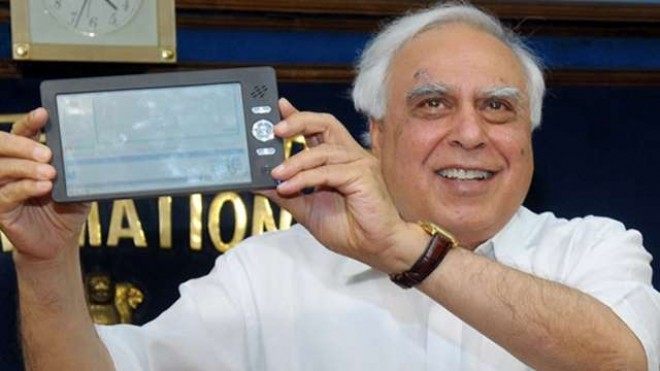 This year is shaping up to be the year for low-cost tablets in India, as we said earlier today when covering the launch of a $149 education-focused tablet, and further proof comes from the news that the Akash — which is the world’s cheapest tablet — has received 1.4 million pre-orders in just two weeks.

That’s a rate of 100,000 customers for the $45 tablet every day and, according to Times of India, manufacturer Datawind is duly increasing its production capacity by opening three new factories to churn out more of the in-demand device.

The company will add another factory in Hyderabad, where its existing premises lies, whilst opening production in Cochin and Noida during what is shaping up to be a busy first half of the year.

The high level of interest comes as a surprise to Datawind and, as its CEO Suneet Singh Tuli explains, the new factories will significantly boost its output:

We never expected such a high response from both corporate and individual buyers. We plan to supply 70,000-75,000 units per day once the factories are in place by April.

The company has had a hectic time of it late, so much so that Indian authorities suspected that the surge in traffic to Datawind’s website was the result of it being hacked, according to Singh:

Around two weeks ago, we received a call from India’s computer emergency response team that our website was probably suffering from a large cyber attack. We had to inform them we had just opened sale through our website.

The latest batch of 30,000 devices that Datawind provided have sold out and the company, and reseller Ncarry, are working to deliver current orders within one week. Of course, it will take some time to get through a seven figure long backorder.

In the meantime, the company will begin selling its second device — the Ubislate — by the middle of January, and we fully expect that orders will out number demand once again. Although it is unlikely to be as popular as the Akash, which has seen huge amounts of coverage in media worldwide.

While it is true to say that pre-order numbers are regularly considerably higher than actual purchases in India (as no payment details are taken, only an email address is needed), the huge demand for the Akash shows that India is a fertile ground for affordable tablets. Even if just 10 percent of pre-orders become customer, 17,000 would still represent a significant launch figure. Indeed, RIM found success with its Playbook after it slashed the price by more than 50 percent over the Christmas and New Year period.

With the Akash, Ubislate and Classpad all launching for less than $150, this year looks set to be a major one for India’s tablet market. The growth of tablet users could boost the country’s Internet access, which stood at 112 million in September, that’s less than 10 percent of India’s 1.2 billion population.