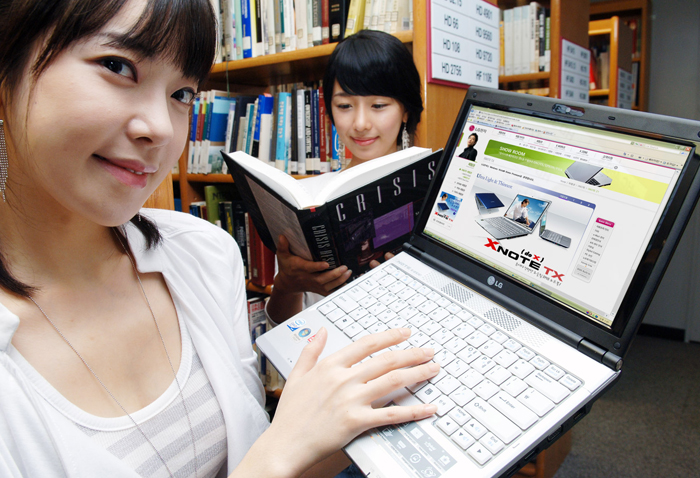 LG announced its re-entry into the notebook segment with the launch of 13 new products in a market that is expected to grow by 14% in 2012 in India, even as rival HP started executing its plan to shift from the consumer-focused PC business to enterprise solutions.

Hewlett-Packard has added four new facilities to its Indian roster as part of a recently announced company-wide effort to change direction from the PC business to enterprise services. Ludger Rohlmann, a vice-president at HP, praised the “very large talent pool” in India and added that the new facilities would bring 5,000 jobs to the country, which already has the most significant corporate presence of the company outside the United States. HP is also busy building a data centre in India to offer as a service to its enterprise customers.

The market that HP is so intent on leaving, however, is set to grow by 14% in 2012, according to research firm Cybermedia. Currently at 11.15 units per year, PC makers in India are expected to see sales of 12.71 million units in the upcoming year. The total installed base for both desktops and notebooks is estimated to have been over 52 million at the end of the year 2010.

Unlike its rival HP, which chose to focus on enterprise to escape the low margins of the PC business, LG clearly sees the potential to make some money selling notebooks in India. The south Korean company is coming back to the PC market in India for a third turn with the bat—having already made unsuccessful attempts in the years 2003 and 2006—and is launching a total of thirteen notebooks priced between ₹ 26,000 ($570) and ₹ 66,870 ($1,465).

Sanjoy Bhattacharya, the product group marketing head of IT at LG Electronics India, said, “The market is mature today and, with a laptop market of 4.4 million growing at 20%, there is a huge scope for us.” The company, which had earlier announced plans to invest ₹ 10 billion in operations in India, is targeting a 3% marketshare by the end of 2011 as it seeks to move its manufacturing processes to a plant in Pune, Maharashtra.

Read next: 10 ways to screw up a web form and piss me off