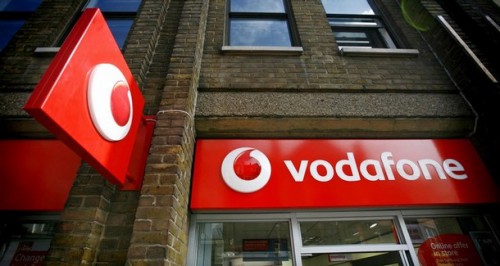 If you are constantly ranting about brands on Facebook/Twitter, here is a wakeup call for you.

Vodafone India has sent in a legal notice to Dhaval Valia, who ranted about its 3G services on Facebook, asking him to take down the ‘defamatory’ posts.

Dhaval who used to be a Loop Mobile customer before, had switched to Vodafone in April to use its 3G services. However, it was not available where he lives, contradicting Vodafone’s claims.

After a month’s wait, he updated his status on Facebook:

Finally got Vodafone to admit that across Mumbai they have only 50% cell sites on 3G. Spoke to CEO (chief executive officer) and CMO (chief marketing officer). Told them that this is blatant cheating.
CMO in typical babu style told me if you aren’t happy with service, you have choice to move to another operator. I told I choose to stay with Vodafone and give them grief if I don’t get promised SLAs. Grudgingly he made 2 months 3G plan free worth 2500.“ (sic).”

Admitting that it had sent the notice, Vodafone India’s spokesperson said:

Yes, we have a situation with one of our customers, despite several efforts on our part. Owing to certain unusual and improper dealings and communications by the customer, especially with our women employees, we were forced to take legal advice in this matter. We do not wish to comment any further in this regard.

According to Vodafone, he sent unwarranted text messages to its top management and further posted their numbers and contact details on Facebook. He also had a heated exchange with a female officer regarding Vodafone’s disputed poor 3G service.

Dhaval Valia questioned Vodafone’ methods questioning whether Vodafone had traced his updates, since he felt he had posted it in a private environment.

In reply to the legal notice, he said :

Vodafone cannot legally access his private conversations. Also hacking, tapping and tracking the customer’s Internet activity is a criminal offence and Vodafone, prima facie, seems to have done exactly that. What’s even more grave is that they have passed this information to a third party, their legal agency, without my prior consent or approval.

He plans to initiate a consumer case and criminal proceedings against Vodafone and its senior executives demanding 1.5 lakh rupees ($3330) as a compensation for the mental anguish he has reportedly suffered.

This case now has all the makings of an interesting court case and if the court gives an injunction, it could become a precedent for other popular brands to start sending legal notices against other microbloggers.

Read next: California could net $1bn from Amazon and other e-tailers with new tax law