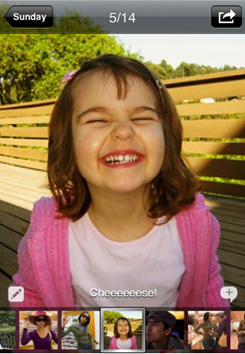 “Why are there so many engineers in India?” is one of the first questions someone tech savvy and vaguely familiar with India, would ask an Indian. In a lighter vein, but not very far from the truth, the answer is: “Because there are so many people in India.”

To truly understand modern engineering culture and mentality in India, which has been in the making for a few decades, we must go back to when India was liberated from the British rule in 1947. It is an oft-forgotten fact that independent India is just over sixty years old.

In the fifties and the sixties when the hacker revolution was underway in MIT; India was just picking itself up from the devastation caused by being colonized for over two centuries. The Indian leaders had to make sure India could autonomously feed over 350 million people – that was a gargantuan agricultural and engineering challenge in itself. Many developed nations were quick to dismiss India, saying it had missed the all-important Industrial revolution.

The Sino-Indian war in 1962, in which India suffered a tactical defeat to China, led to swift changes in India’s military policy. The efforts would prove fruitful, when in 1965, the world witnessed the largest tank battle in military history since World War II, when India and Pakistan had their second major war over Kashmir. Six years later, India would be busy again, liberating Bangladesh (then East Pakistan) from Pakistan’s colonialism. To appreciate the role of engineering in these wars, one must ask, how did India manage to fight (and win) two major wars just a couple of decades after independence? Surely, India’s (and the Soviets’, with whom India enjoyed a healthy military relationship) military and engineers were in the right place. They would not realize it at that time, but they were building an almost bullet-proof military and industrial infrastructure.

Not that these wars were any deterrents to India’s fledgling but rapidly growing agriculture, commerce and industry. India was a bit late to acquire nuclear power (some people attribute that to Mahatma Gandhi’s peace policies), and it snapped up partnerships with many Western countries. India’s agricultural revolution was operating at a whole new level after the government set in motion the Green Revolution, which led to phenomenal growths in agricultural output. In 1958, the Defense Research and Development Organization (DRDO) was set up, and it’s efforts would help India beat Pakistan twice in (aforementioned) separate wars within a span of six years. 1969 saw the coming of India’s very own NASA – the Indian Space and Research Organization (ISRO) – which was quick to launch it’s first satellite Aryabhatta – in 1975 from the Soviet Union. In 1974 India performed it’s first nuclear test explosions – ironically named Smiling Buddha.

In 1951, the first Indian Institute of Technology (IIT) was established at Kharagpur. It would be the first autonomous university, and would operate free from Indian politics. This would prove a pivotal moment in the history of engineering in India. The standard had been set – the best engineers in India would study at the IITs. By 1961, there were four more IITs. The high level of competition automatically ensured high-quality engineers flooding out to ensure India caught up with the world with respect to establishing an industrial framework for the future. People would repeatedly tell their children- study engineering, get a job and help build India.

Evidently, a lot was going on within India, but nobody else took notice. All this would change in 1991, when economic liberalization and globalisation were adopted by then Finance Minister, and current Prime Minister of India, Dr. Manmohan Singh. This, along with later reforms, paid huge dividends when India recorded it’s highest Gross Domestic Product (GDP) growth rate in 2007 – of 9%. By 2009, 300 million people had been saved from extreme poverty. Thanks to globalization, in 2006, international trade would form almost a quarter of India’s GDP.

Along with globalisation came the now infamous brain-drain. India’s engineers found a new impetus to get into engineering colleges in India. After graduation, they could attend some of the most prestigious universities abroad – Stanford, MIT, Harvard, Cambridge, Oxford – all expenses paid, because these universities recognized the Indian engineers as hardworking, intelligent and massively competitive. It was nothing new – Indian students had been visiting these universities since the early sixties – though the volume of Indian students going abroad shot up in the nineties. For those who didn’t want to study further, developed nations offered jobs – hundreds of thousands of them – at mind-boggling salaries, and it was literally a human capital flight to the West, especially the USA.

The word spread, and the choice was clear. You could study for an engineering entrance exam, get through four years of engineering and then emigrate to USA. Else, you could study for a medical entrance examination, slog through med-school, do a post-doc specialization, an internship, become an assistant, and finally 15 years later, in-debt, start your own medical practise.

The engineering path was way cooler – engineering schools were way cooler. Booze, sex and casual use of narcotics infiltrated Indian engineering colleges in the 1970s, and they were “the place to be”. You could have the time of your life for four years, and then live the Great American Dream – a term that is still used today.

It’s difficult to pinpoint why other occupations like art, design, architecture failed to catch the whims of Indian students. An oft-cited reason is that they did it to save money- their school seniors would be studying for engineering, and the seniors would give their entrance-examination books to the juniors, often for free, and this would make a huge difference to the family’s expenditure. Another major contributing factor was that engineering colleges were less expensive than medical colleges, and only the rich kids could afford to go to medical school.

The hierarchy of an Indian classroom became clear – the bright kids would become engineers, the rich kids would become doctors, and the dumb kids would go into arts. Why? Because it wasn’t difficult to get into arts school. It was always looked down upon if you came across someone with a B.A, even though he might be exceptionally bright and pursued arts for the love of it. The caste system, being abolished in Indian culture, had found it’s way into the Indian classroom in another form altogether – engineers, doctors and arts majors.

Today, the calibre and quality of Indian engineers is under scrutiny, and the engineers of the 70s and the 80s can vouch for that fact. Students wrote anything and everything – chemical equations, mathematical formulae, algorithms, sesquipedalian words for essays, and even complete text-books. The examination pattern fulfills their expectations – asking questions straight from the book which require no application-level knowledge at all. The Indian educational system today is just as Richard Feynman noted about the education system in Brazil in his book Surely You’re Joking, Mr. Feynman!,

“It was a kind of one-upmanship, where nobody knows what’s going on, and they’d put the other one down as if they did know. They all fake that they know, and if one student admits for a moment that something is confusing by asking a question, the others take a high-handed attitude, acting as if it’s not confusing at all, telling him that he’s wasting their time.”

The MIT hackers of the 60s did their best to make sure that the hacker revolution in America did not die out, and it looks like they succeeded. Hackers have revolutionized computers with the Free and Open Source Software (FOSS) movement , but something similar is yet to be seen in the Indian engineering ecosystem. One must ask though, has engineering been overdone? Becoming an engineer in India virtually guarantees financial security for life, and this blinds parents into forcing their children to choose engineering. It is a romanticized notion, but I often wonder how many David Beckhams, Quentin Tarantinos and Carlos Santanas are currently pulling off 9-5 shifts for IT firms.