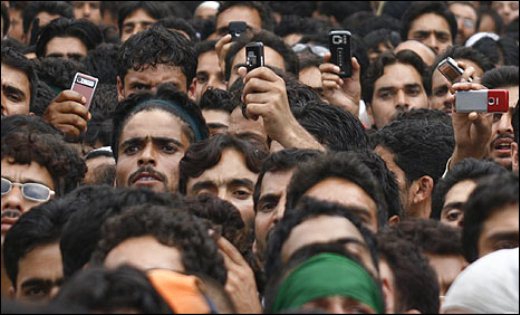 According to India’s telecom regulator, TRAI, along with industry statistics, the real number of active mobile users in India is only around 500 million, much lower than the projected official number of 811.59 million by March 2011.

The study is based on the TRAI’s report detailing the cellphone connections in the country as of February 2011. Voice&Data, the Indian telecom Industry journal from CyberMedia, saw the actual numbers are much lower than projected.

The number of active wireless subscribers in VLR in February 2011 is only 563 million, which means that the remaining 228 million subscribers are inactive users, mostly prepaid, who have not used their SIMs for a long time.

The VLR, or Visitor Location Register, is a database of the subscribers who have roamed into the jurisdiction of the mobile switching center (MSC) which it serves. Each base station in the network is served by only one VLR, hence a subscriber cannot be present in more than one VLR at a time.

The caveat to this, however, is that the number represents subscriptions, not subscribers. If a person has two SIM cards, he will show up as two subscribers in the TRAI data.

“Obviously, 800 million subscriptions does not mean 800 million users, actual number of active users would be in the 450-500 million range.”