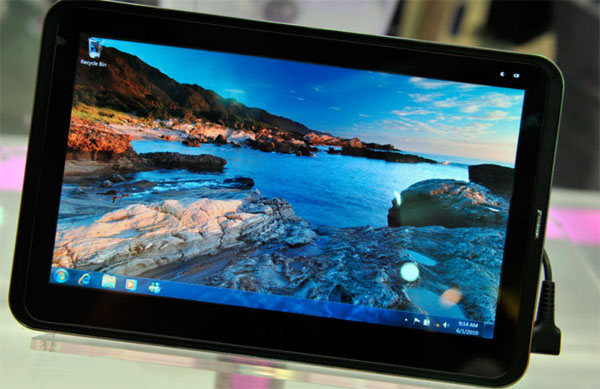 LG Mobile is planning to bring its 3D tablet to India in June to compete with Samsung’s Galaxy Tab and Apple’s iPad, a senior executive in the company told The Economic Times. It will most likely be priced between Rs 30,000 and Rs 40,000 (US$679-$900), which gives analysts doubt as to how the price-sensitive Indian market would respond.

The Optimus Pad was first unveiled at the Mobile World Congress and  is currently the only one in the industry with 3D display capabilities. Vishal Chopra, LG Electronics business head for mobile communications, said:

“The tablet could be priced lower than Rs 30,000 depending on currency valuation and import duties at the time of the launch.”

The Indian mobile industry is known as the world’s fastest growing industry with 771 million mobile phone subscribers as of January 2011. Although smartphone penetration has been rather low, currently at 14%, research agency firm Gartner predicts that world over, media tablet spending will more than triple this year and increase at an average rate of 52% each year through 2015, and is sure to affect India as well.

The research firm, however, is skeptical of the 3D-enabled Optimus Pad in India, thinking that it will take some time before the Indian market will respond. Gartner’s principal analyst Vishal Tripathi said:

“In a price sensitive market like India, current tablet prices are too high for the mass adoption. If technology providers are able to get the price below Rs 10,000-Rs 12,000 with acceptable features, we will see much wider acceptance of these devices.”

This price sensitivity has surely impacted tablet manufacturers, which forced Samsung to lower the price of Galaxy Tab from Rs 38,000 (US $859) to Rs 29,299 (US $662) when the first iPad was launched, and further dropped it down to Rs 27,390 ($619) by April. Despite the smaller margin, Ruchika Batra, Samsung general manager for South West Asia, said that the Galaxy Tab’s positive growth has also encouraged the company to launch more models around Diwali, although no sales figures were revealed.

To make the competition even tighter, local handset makers such as Micromax Mobiles, Lava Mobiles and Olive Telecom as well as Chinese manufacturers such as G’Five and HTC are also set to launch tablets at competitive prices, which may be easier for the budget-conscious Indians to adopt.

Despite the imminent price wars, LG believes that the Optimus Pad will be one of its key product launches this year both for profitability and brand image. The company aims to garner Rs 3,000 crore (US $679 million) revenues by the year-end, which is up by 33% from its 2010 performance. To achieve this, LG plans to introduce the tablet alongside a couple of sub-Rs 10,000 smartphones, which is expected to fall to around Rs 7,000 when the company begins manufacturing smartphones from its factory in Pune, India this month.