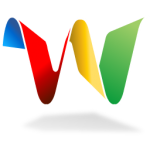 2011 is greeted by a surge in the number of smartphone users worldwide. As a result, smartphone penetration and mobile media consumption continue to grow at an extreme rate – especially in India. In a report from InMobi, an independent mobile ad network, the Indian mobile ad market grew by a whopping 27 percent, or 1.5 billion ad impressions, between October 2010 and January 2011 to 7.3 billion impressions monthly.

“2011 has initiated a massive global consumer transition to high-quality smart devices. This trend will define the next phase of mobile advertising growth for InMobi with smart phone impressions becoming the majority of our inventory globally.”

Despite our earlier report that 53 percent of adults in India have been victims of mobile phone loss or theft, Indians still have one of the highest confidence levels in the region with regards to the use of software services mobile phones. India has also been getting a lot of support from related industries, as one of the country’s biggest telecommunications companies, Reliance, took the initiative to offer an optimized Facebook app exclusive to its subscribers in an effort to increase mobile data usage and smartphone use.

Here are some other interesting tidbits from the report:

Atul Satija, VP and managing director – Asia Pacific at InMobi, believes that the India mobile ad market will continue to grow at a rapid pace this year, stating:

“The sheer quantity of monthly impressions highlights the opportunity for advertisers to reach the masses via mobile media. Furthermore, a 44 per cent growth in smartphone impressions and 3G network rollouts indicate the future acceleration of media consumption in the region,”