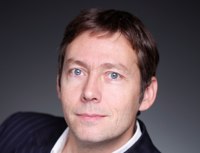 The Times of India, the top English-language daily in the country with a readership of over 7 million, has just announced official apps for iPad, iPhone, Android and BlackBerry platforms.

Developed by Robosoft Technologies, the iPad app has been well-designed and has a quite pleasing reading experience. The articles are neatly laid out and quickly load when tapped. Supporting both portrait and landscape orientations, the app allows you to change the font-size, save an article for later reading or share it via Facebook, Twitter or email.

When reading an article, a narrow column at the side list the ‘Top Stories’ in the current section giving you easy access to move quickly through stories. The app also lets you view comments for a story, though I’d personally give it a miss. You can also browse through photo slideshows and watch videos from within the app.

The iPhone App on the other hand does not seem to have received the same kind of love as the iPad app. The app is not Retina Display optimized to begin with, and also seems to be a fair bit of buggy. The articles’ list is fairly basic and so is the article view. The app has the same sharing options as the iPad app above.

The apps for all the four platforms are available for free on their respective app stores. The iPad officially went on sale on January 27th, but has been much in demand in the grey-market across the country. It’s great to see Indian media companies waking up and cater to the portable media consumption market. Other media outlets that have mobile apps include Hindustan Times, NDTV and The Hindu.