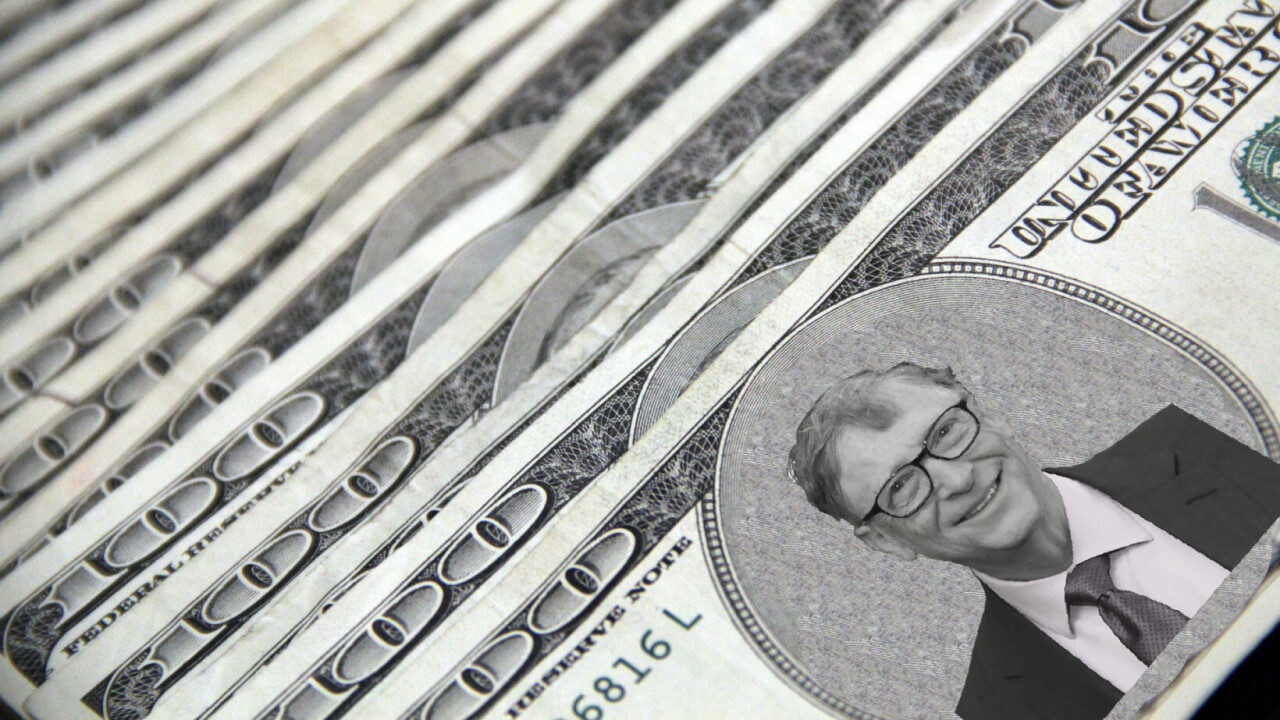 The Bill and Melinda Gates Foundation made just one stock market play last quarter: selling off $1 billion worth of shares in Warren Buffett’s Berkshire Hathaway.

But despite its Berkshire dump, the Gates Foundation’s stock portfolio was still worth $17.864 billion as of its latest SEC disclosure, up some $512 million since last quarter.

(NB: If the visualisations don’t appear, try reloading this page in your browser’s “Desktop Mode.”)

Speaking of Berkshire, Buffett’s firm made a pretty interesting move last quarter when it bought $563 million worth of stock in the world’s second largest gold miner, Barrick Gold Corp.

Buffett’s gold play is notable considering the lengths at which the Omaha Oracle has trashed gold in the past. Some analysts say Berkshire could’ve been attracted by Barrick’s dividends.

Gates vs. Buffett: Whose portfolio is bigger?

For what it’s worth, Berkshire Hathaway‘s stock portfolios is huge compared to the Gates Foundation‘s, with more than $202 billion in assets under management according to its latest SEC disclosure.

That’s likely by design. The Foundation has generally kept its assets under management at around $20 billion over the past five years, as it presumably sells stock to fund charitable endeavours.

Berkshire, on the other hand, has increased the value of its assets under management significantly over the past half-decade, from $109.57 billion to more than $202 billion as of June 30.

Interestingly, the value of the two portfolios appear to share at least some correlation on a logarithmic scale, which you can see on the visualisation above.

As for what Gates‘ largest stock market play has been so far this year, that’s biotech software unit Schrodinger Inc, which went public in February. The Microsoft co-founder’s Foundation had acquired 6.981 million Schrodinger shares by the end of March, worth $301 million at the time.

Gates’ fund didn’t touch its Schrodinger holdings last quarter. And if it hasn’t since then, it’s now sitting on more than $473 million worth of Schrodinger stock.