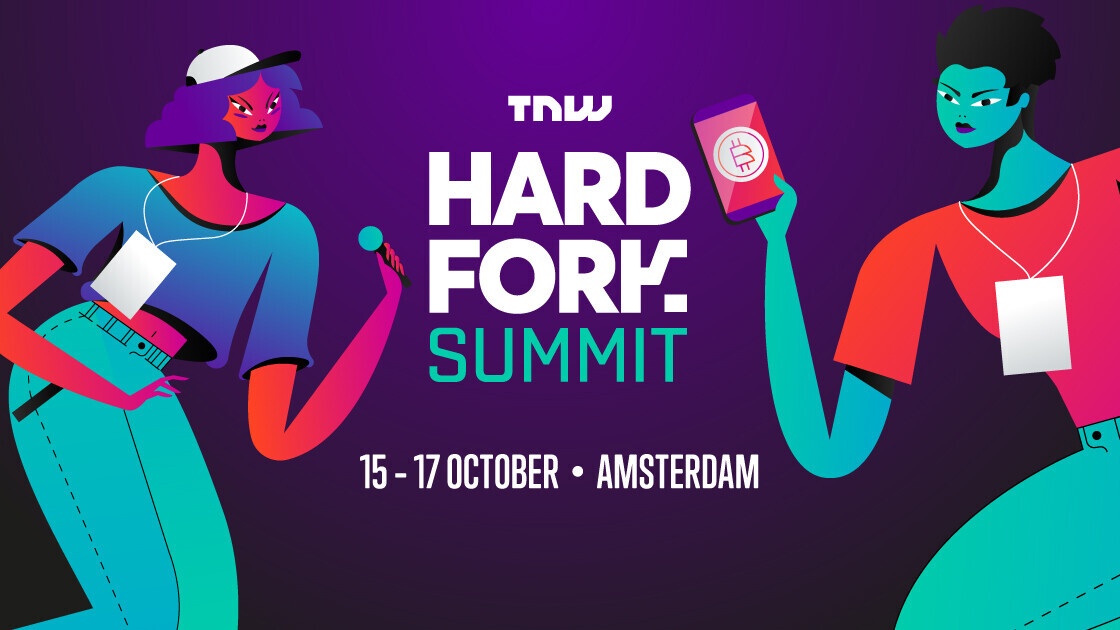 Last month, TNW hosted another successful edition of Hard Fork Summit. We invited the blockchain, fintech, and the business community to share their knowledge and network for three days in Amsterdam. Through inspiring keynotes and panel discussions, we learned from leading experts how blockchain will continue to transform industries like banking and business operations. Attendees and speakers also expanded their network over drinks during evening events spread across the city.

In case you missed #HardForkSummit, here’s a recap of all the exciting things that happened.
[in-content-unit]

At Hard Fork Summit, we welcomed over 50 inspiring speakers to share their knowledge through keynotes and panel discussions, including Kavita Gupta, visiting scholar and lecturer at Stanford University, Hyperledger’s Brian Behlendorf, Ripple’s Dan Morgan, and many more.

On our last day, which focused on the topic of business, Larry Sanger took to the stage and announced his new project. Sanger is the co-founder of Wikipedia and the former CIO of Everipedia, the world’s first encyclopedia on the blockchain. During his #HardForkSummit keynote, he announced the launch of the Knowledge Standards Foundation – a nonprofit, open source, and distributed encyclopedia project with no center or leader, making it just as open as the rest of the internet.

On the Practical Stage, leading companies and promising startups shared their vision for blockchain’s future. Celsius Network’s co-founder and COO, Daniel Leon, explored blockchain’s future impact on banking. Emanuele Francioni and Jelle Pol from Dusk Network discussed how their blockchain can redesign the financial sector through eliminating a need for middlemen. We also heard from our very own Matthew Beedham, a blockchain and cryptocurrency journalist, on how Hard Fork’s news articles provide a bullshit-free perspective in a problematic news industry.

Three nights of side events

After our curated day program, attendees and speakers joined evening side events across all of Amsterdam, including Hard Fork Summit: Future Music, which explored the intersection of blockchain, music, and environmentalism.

At TNW’s tech hub, TQ, a movie screening of Blockchain City was organized, and leading companies like Startup Amsterdam hosted their own networking events.

In case you missed it, check out his TNW TV interview:

Thank you to everyone who attended Hard Fork Summit and tuned in to TNW TV! Make sure to join us at our next big event, TNW2020 on June 18 and 19.

Europe’s leading tech festival already has amazing speakers on the lineup, including Chris Messina, inventor of the hashtag, Jason Fried, co-founder and CEO of Basecamp, and Purna Virji, Senior Manager of Global Engagement at Microsoft. Don’t miss it!