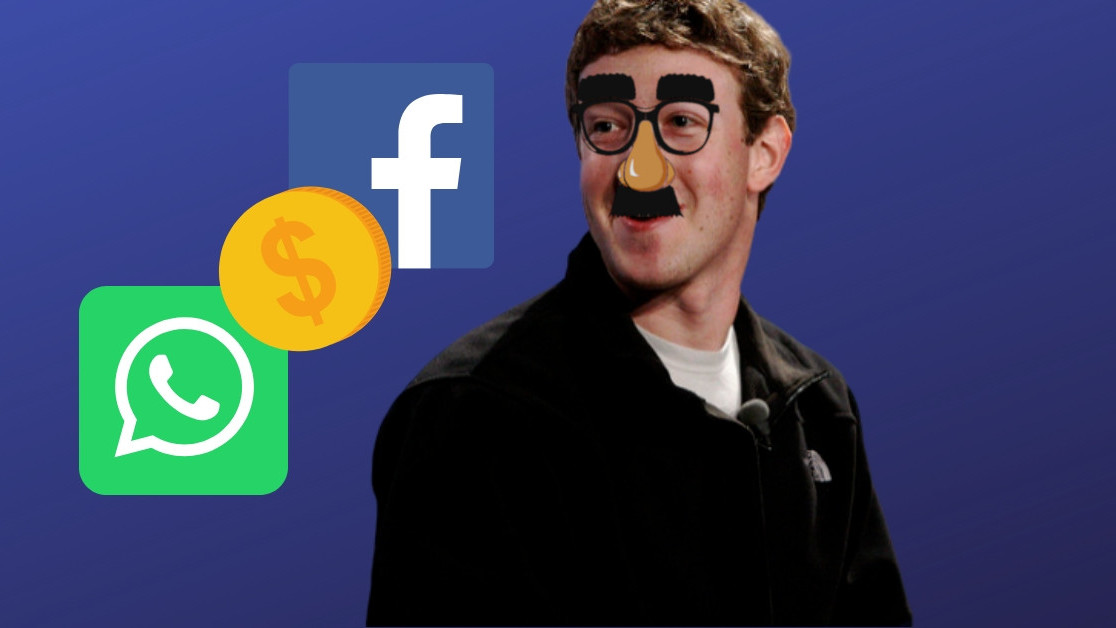 Rumours about Facebook‘s potential entry into the world of cryptocurrency have been swirling around for months, but it now seems the technology giant is getting closer to launching its own coin.

According to a New York Times report, published yesterday, Facebook, Telegram, and Signal are all reportedly working to get their cryptocurrencies to market.

In true technology giant fashion, Facebook has failed to divulge specifics, but the New York Times cites five anonymous sources briefed on the matter, all of whom say Mark Zuckerberg‘s company is working on a coin to be used on its WhatsApp service (which it acquired in 2014 for a staggering $19 billion).

The social networking platform has already reportedly held conversations with cryptocurrency exchanges about them potentially selling its coin to consumers.

This would make sense, as India is the largest recipient of remittances in the world ($80bn in 2018) and FB-owned WhatsApp already introduced peer-to-peer payments in the country some time ago.

Additionally, as of January 2019, some 300 million of Facebook‘s more than 2 billion users were based in India, and Whatsapp is reported to have over 200 million users there.

Overall, information about Facebook‘s plans is still scarce, but we thought we’d highlight everything we know and don’t know about its mysterious coin.

Is it a cryptocurrency, though?

There’s been much debate about whether Facebook would actually go down the route of a pure cryptocurrency.

In this instance, information suggests Facebook is building a stablecoin – a type of cryptocurrency designed to bypass the effects of price volatility, which characterizes the likes of Bitcoin.

To achieve this, stablecoins are typically pegged to the value of traditional fiat currency. Another defining feature of stablecoins is that they are able to be traded easily within the cryptocurrency ecosystem – and sources indicated that Facebook is indeed looking to have their token listed on multiple exchanges.

According to the New York Times, Facebook wants to peg its coin’s value to a host of different foreign currencies, and not just the dollar.  It could do so by backing every single coin in existence with a specific amount of fiat currency held in its own reserves.

Facebook‘s proposition is unlikely to attract investors or speculators, who are often enticed by cryptocurrencies‘ wildly fluctuating value, but it would prove potentially interesting for consumers, who could use it to make purchases without worrying about erratic price movements.

Facebook has been eyeing blockchain technology for some time, but the question of whether its upcoming coin would run on such a decentralized network still remains.

The question boils down to the extent to which Facebook would – or could – control the coin. If the technology giant is responsible for approving every single transaction on the network, a centralized system such as PayPal, for example, would be far more useful than a decentralized blockchain.

Despite this, reports suggest it’s likely Facebook, Signal, and Telegram are all working on digital coins which could run on a decentralized computer network – meaning they would, to some extent, run independently to the companies that created them. Signal’s and Telegram’s coins are more likely to behave in the same way as some other cryptocurrency projects on the market, particularly those that use alternate consensus methods to Bitcoin’s Proof-of-Work, like Proof-of-Stake.

Interestingly, by approaching cryptocurrency exchanges to sell its coin, Facebook is potentially easing itself of some of the associated regulatory burden. If the coin is held by cryptocurrency exchanges, these would ultimately be responsible for vetting potential customers, freeing Facebook of cumbersome processes such as Know-Your-Customer, etc.

Who’s working on it?

Facebook‘s cryptocurrency and blockchain efforts are fronted by David Marcus, who formerly headed up the Messenger division at the tech giant, and previously ran PayPal.

All in all, there are reportedly over 50 employees working on cryptocurrency and blockchain projects. In fact, Facebook made headlines recently after it quietly snapped up the team working at Chainspace, a London-based blockchain startup.

Internally, Facebook is seemingly intent on keeping the project under wraps. The dedicated team is reportedly housed in an office with separate key-card access to avoid other Facebook employees from entering.

When will it launch?

The New York Times’ report features a tentative timeline for the project’s launch, with sources stating the tech company is looking to get something to market in the first half of 2019.

Many questions about the inner workings of Facebook‘s project remain unanswered, but if reports are anything to go by, it looks like we won’t have to wait much longer to find out more.