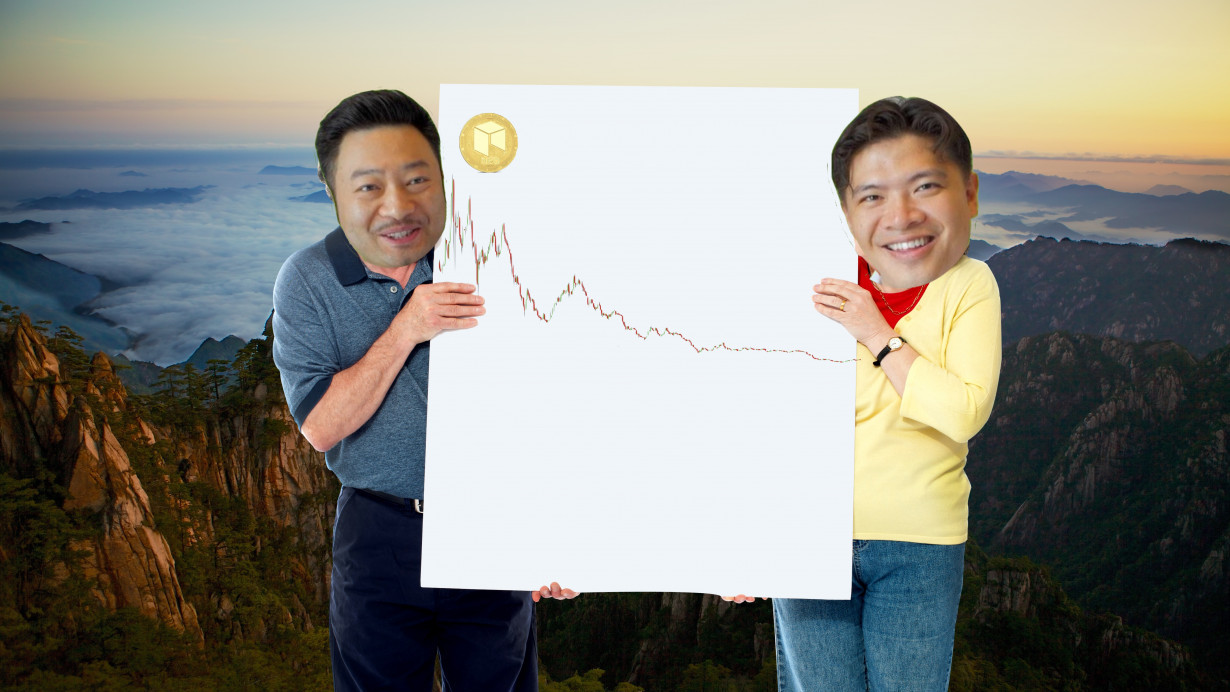 NEO NEO is the cryptocurrency backing the namesake blockchain platform that supports the digitization of physical assets and their self-management through smart contracts.

The project was launched in 2014 in China as AntShares, but didn’t garner significant attention until its rebranding as NEO in 2017.

By the time NEO gained any traction, the decentralized application (DApps) market was already dominated by Ethereum. With its growing popularity in East Asia, the project was dubbed to be “Chinese Ethereum” by many in the cryptocurrency community.

This is a charge NEO team disagrees with. As far as they are concerned, the project competes with Ethereum at a global stage and offers significant product and technical advantages.

While Ethereum may be dominating the market now, NEO believes it has a vision for the future, what it refers to as “smart Economy.”

In a smart economy, traditional physical assets are digitized with the help of blockchain and smart contracts, but they continue operating within the governmental framework.

Regulatory compliance is central to NEO’s platform — and the management of these assets happen without anonymity. Every individual or business operating on the Neo platform is required to have a digital identity.

It shows a distinct growth trajectory in 2017 suggesting its growth to be a result of its own reputation rather than the “crypto boom” that saw the prices of all cryptocurrencies rise.

NEO maintained a bull run throughout the first half of January breaking at $187.97 on January 16 — the highest market price it has ever seen till the end of 2018.

NEO saw another rally in April after a distasteful March, hitting $92.15 on April 30, a 105 percent increase since April 7 when it broke from the dipping market.

This was the last major rally that NEO saw in 2018. Its price fell continuously through the rest of the year. As of December 15, NEO is trading at $5.65, having lost 97 percent of its market value since January 16!

NEO managed relative gains compared to BTC through much of 2017 and early 2018, but by the third quarter of this year, its performance against the cryptocurrency worsened significantly. NEO saw a 202 percent increase compared to BTC in January. But as of December 2018, the NEO/BTC pair has lost 88 percent of its value since the end of January.

With all the hype and speculations surrounding the NEO project in 2017, it seems that this year much of its focus shifted to Ontology, another project of NEO founders.

While the two projects are distinct with their own boards, they work closely together in “technical cooperation,” according to their founders.

Ten percent of the maximum Ontology (ONT) cryptocurrency supply, i.e. 100 million ONT, was granted to the NEO Council in order to help with the development of the project. In February, NEO Foundation announced that it is airdropping 20 million of these tokens to NEO holders.

NEO courted several controversies in 2018. In a post entitled “NEO Entered the Era of Decentralization” in July, NEO Foundation announced that new consensus nodes on its blockchain were elected through a democratic voting process. But later, it was reported that only two entities voted in the election, including NEO Foundation itself.

In September, NEO Foundation revealed that it had bid $170 million for BitTorrent — an amount significantly higher than the $120 million that TRON’s Justin Sun offered — but the deal was declined by the BitTorrent team as unfavorable.

Ever since its rebranding in June 2017, NEO has been one of the fastest growing cryptocurrencies. While NEO’s centralized governance and ‘digital identity’ model may not be well appreciated within the cryptocurrency community, the demand for such projects is increasing due to increased regulatory crackdowns, especially in Asian countries.

NEO’s market price trends in 2017 and 2018 have also looked promising, breaking out frequently from that of Bitcoin – outperforming major cryptocurrencies significantly anytime it had major product announcements.

If the Chinese government removes the ban on ICOs in the country, that could also prove helpful to NEO in competing with Ethereum for facilitating token sales.

NEO is definitely one of the cryptocurrencies to watch for in 2019!

Now that you have actionable information on the future of NEO, it’s time to start investing. With eToro, a leading social trading platform, you can trade manually or copy the actions taken by leading traders, taking much of the stress and work out of your investments.