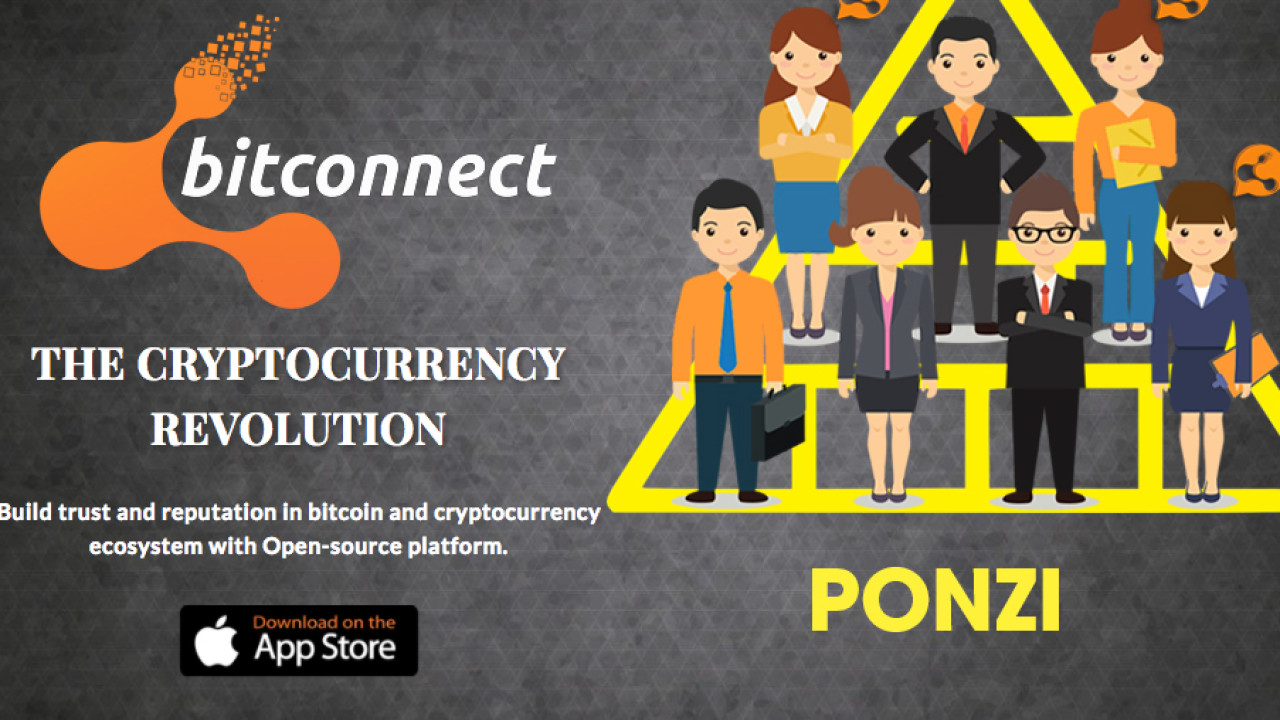 The cryptocurrency community is slowly but steadily growing more suspicious of BitConnect and its dubious business model. Crypto pioneers, including Ethereum ETH founder Vitalik Buterin and Litecoin founder Charlie lee, have spoken up against the bullish Bitcoin investment platform, calling it a Ponzi scheme.

Shortly after former Fortress Investment Group partner Michael Novogratz took to Twitter to share his opinion that BitConnect “really seems like a scam,” Buterin and Lee also chimed in to second the ex-hedge fund manager’s criticism.

Backing up Novogratz’s suspicions, Buterin and Lee both noted the Bitcoin lending investment site is showing all symptoms of a “classic Ponzi scheme.”

When asked to elaborate on his stance, the Ethereum founder said the following:

Their official videos are effectively promising 1% daily returns and touting this as the primary benefit of the project.

Ethereum and bitcoin, on the other hand, are backed by a proven and consistent record of 200-700k daily txs and $100k-4m daily txfees.

While this marks the first time Lee has shared his thoughts on BitConnect, Buterin had previously expressed skepticism about the Bitcoin lending platform on other occasions.

Asked about the sustainability of its business model, which roughly offers 1-percent daily return on investments, the Ethereum founder commented that all signs seem to suggest BitConnect is running a Ponzi scheme. In all fairness, Buterin did clarify that he wasn’t all that familiar with BitConnect at the time.

Earlier in November, a filing on the UK Registrar of Companies revealed the British Companies House has sent an official warning to BitConnect, threatening to shut down the Bitcoin investment site and dissolve its operations.

According to the documents, BitConnect was given two months to prove “cause to the contrary” until the decision has been formally enforced.

Still, as pointed out in our previous coverage, House of Companies’ records indicate that BitConnect has been listed on its registrar under at least three different names – BITCONNECT LTD, BITCONNECT INTERNATIONAL PLC, and BITCOIN AMR LIMITED.

The concerning strike-off notice was sent to BITCONNECT LTD, but its connection to the other two entities remains unclear. In fact, many speculate that neither of these UK registrations are legitimate.

An alarming number of the individuals listed as stakeholders in BitConnect appear to be registered with inconsistent addresses and birth dates. Additionally, Twitter sleuths have since confirmed with some of the purported stakeholders that the details behind their names are indeed not authentic.

Cryptocurrency influencers had so far opted to maintain a safe distance from BitConnect and all the Ponzi talk around it, but it all but seems the situation is swiftly starting to change.

As I recently argued in another piece, when mainstream attention is finally shifting to the cryptocurrency market, every little fail could have huge repercussions for the entire market. This is why it is so important that respected figures in the community don’t shy away from openly discussing their reservations about other players in the field.

Another reason for concern is that the stunning popularity of BitConnect has spawned off a number of equally fishy copycat companies, seeking to mimic the business model of the Bitcoin investment platform, but with other currencies.

A new day, a new scam, welcome to crypto 2017. pic.twitter.com/x7YelRTqYj

One of the ways in which the Bitcoin lending investment platform has managed to maintain its popularity is through its large network of (affiliate) promoters, defending the platform on YouTube and other social channels – though often without offering legitimate proof in return, other than screenshots of their earnings.

Do your research thoroughly before placing all your eggs in BitConnect’s basket: all that glitters is not gold.