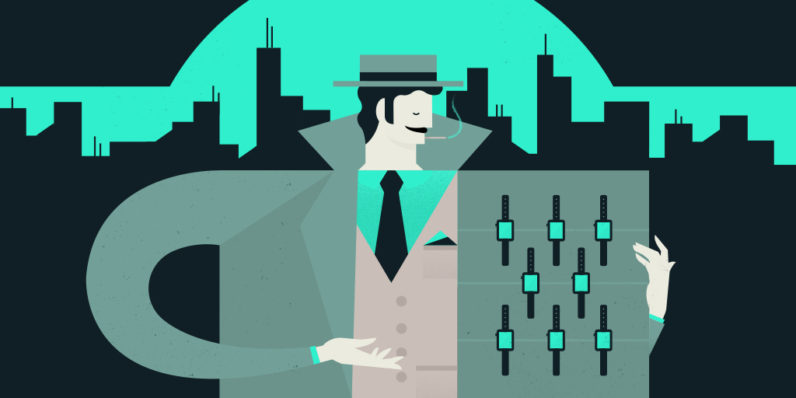 From a business standpoint, it doesn’t make sense to spend money on marketing unless it helps you generate more revenue. And where are the best places to spend your marketing dollars? If you’re thinking Google AdWords, SEO, or social media – yeah, they’re great – but they’re also crowded.

Traditional industries have a hard enough time cutting through the noise and breaking into the world via marketing. But what about unconventional businesses? When you’re new in the market – or the industry itself is new – spending dollar after dollar just to keep up is an exercise in fruition.

If you want to give your business a real marketing boost, here’s how these industries view market disruptions as opportunities instead of threats.

There was a time when social media was considered by some as a passing fad. Something that “the kids” were using that businesses could never really benefit from.

Over time, the skeptics were proved wrong, and most modern companies now understand the importance of social media marketing. If you know what you’re doing, it won’t cost you a dime, but you need to dedicate yourself to these platforms and engage with your customers.

One company that knows how to leverage the power of social media has been SpaceX – the martian love child of Elon Musk. Both the SpaceX Facebook page and Twitter stream include live broadcasts of rocket launches and pictures from space.

All the fun of going to space, without leaving your couch.

Consumers are bombarded with messages now more than ever before. Content marketing has the capacity to resonate more powerfully with your customers because it’s carefully tailored to their needs and interests while conveying your brand’s personality.

Behold the copywriting of Trello. Don’t know Trello? We’ll wait while you read the description…

Clean, right? But what would you expect from a company that touts organization made easy.

But it doesn’t end there. Trello’s personality is littered throughout its copy:

They call it like it is, which ultimately makes it really easy to grasp. While these are tiny details, they make a great impact and remind us that there are real humans behind the website and product’s design.

SaaS gets sassy with video

Video marketing. What was perceived as a weak marketing tactic, actually brings forth invaluable ROI. It’s engaging and ignites emotions, it encourages social shares, oh… and it can also lead directly to sales.

Marketing software company Moz put this concept to use through its weekly video series ‘Whiteboard Friday’.

The YouTube series turned Moz, and its CEO Rand Fishkin, into thought leaders in SEO and inbound marketing. The company’s built a loyal following with its YouTube channel, averaging roughly 4,000 views per video.

Don’t think that sounds like a lot? How many views did your last video received?

A key to breaking into the market is to be where your target audience is. And what’s more millennial than emoji? Taking advantage of an already blossoming trend is a no-brainer.

This isn’t your traditional peach and eggplant emoji – this is a whole variety of emotions and expressions combined under one sticker to reveal what you just can’t express through words. xStickers are available at the AppStore, Google Play and Telegram.

Language apps and the power of free

While it may seem counterintuitive to create software and then give it away for free, it’s an extremely effective competitive advantage. Especially as it relates to a new idea or a new market. Having people pay for something they’re unsure they actually need – or if it actually works – isn’t always the greatest route.

And one industry spearheading the idea of ‘free-for-all’ is language and translation. Namely, Duolingo.


The creators of the language app remain committed to keeping the it free for users and without ads. One of the ways it makes money is the option to take a test to certify proficiency in English or any of the other languages on the app.

Not only does the app stand out from the Rosetta Stone crowd because it’s free, it’s also seriously addictive. Duolingo, along with other gamified language apps, offer sleek interfaces and timed challenges.

Everyone wants to go viral – that’s a content marketer’s dream. But key to making this happen is timing… It really is everything. So when you see something trending, jump on it. Use it to your advantage. And don’t be afraid to take risks…. Or build partnerships.

Just as AirBnB did with its ‘Night At’ campaign.

Hi @Waterstones I’ve been locked inside of your Trafalgar Square bookstore for 2 hours now. Please let me out.

Looking at the reactions on Twitter, the tone of the tweets responding to Willis’ distress were that of envy. After all, what book lover wouldn’t want to spend the night surrounded by a vast array of reading material?

So rather than just weighing in with a timely pun or a reaction GIF, AirBnB decided to turn the event into an opportunity for its brand and started #WaterstonesSleepover competition, ultimately branching out to companies begging to work with AirBnB.

Your turn to shine

These are but a few examples of the power of marketing. From simple tweaks on social, to out of the box thinking, I hope these campaigns inspire you.

What are some of your favorite marketing ploys?