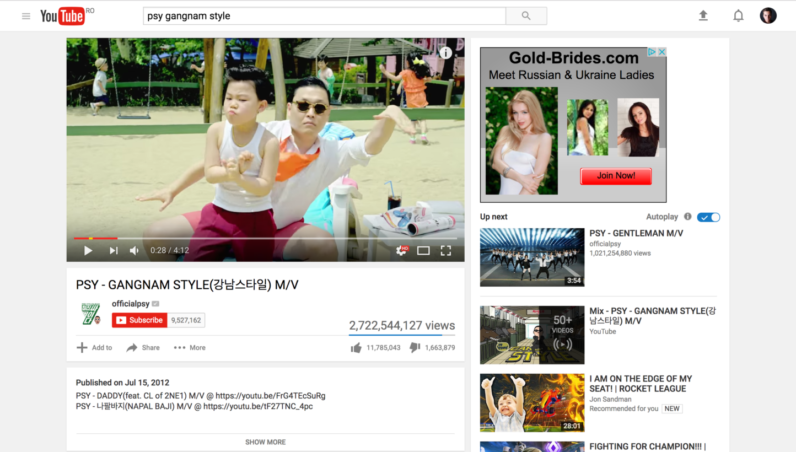 Although YouTube denies that they have changed the popular site’s algorithms, there is a lot of evidence that strongly suggests a major alteration has taken place. This is understandably distressing to users who have come to rely on their YouTube channels as a source of income. An analysis of user claims definitely show a disturbing decline in viewership. In fact, the most popular channels experienced up to 7 percent fewer views between January and June. However, the biggest fallout happened between July and September when view totals dropped dramatically by another 10 percent.

YouTube stars need a large amount of views in order to make money. It’s well-known that the amount of customer engagement that is generated by sponsored content is what translates into dollars, but without a lot of views, it’s impossible to generate a lot of engagement. Working within this system has enabled Felix Kjellberg(PewDiePie) to make up to an astounding $15 million a year. However, Felix is now feeling the negative impact of dwindling views, and he’s gone so far as to threaten to quit the video site altogether.

Regardless of YouTube’s claims to the contrary, it’s clear that something has changed behind the scenes. Kjellberg believes the drop in views can be linked to a change in the “suggested videos” feed. The analytics for his YouTube channel show a major drop off in conversions from suggested videos. So major, in fact, that it has reportedly caused Kjellberg’s channel to lose approximately 30 percent of its daily views.

In the past, it was possible for a video to surpass 1 billion views, but the odds of another video joining this prestigious list now seem much lower. Only 40 videos have achieved this level of viral fame so far, including top-ranked “Gangnam Style,” which is currently sitting at more than 2.7 billion views. This was a metric that most YouTubers with a published video were hoping to meet someday, but it’s now seems practically impossible for a non-music video to ever reach such a notable level of popularity.

As a result, YouTube wins by being able to pay out a smaller amount of advertising revenue. Will they end up losing in the end, though, due to a mass exodus of popular channels? Only time will tell, but the future looks less bright as users continue to complain.

Check out the full list of the top 40 videos that have more than 1 billion views on YouTube Infographic created by HotInSocialMedia.

Read next: How to Unlock Samsung Galaxy S7 Active Smartphone