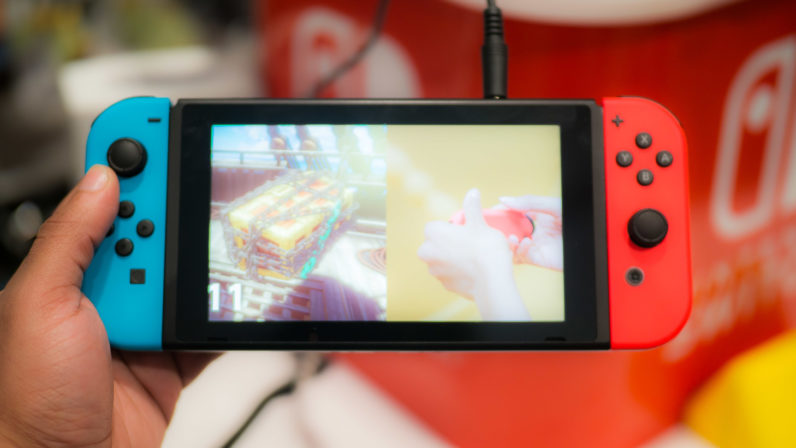 After its debut on March 3, Nintendo Switch has developed fuzzy reactions and much appeal within the market. No matter how good the performance device intends to deliver, new gaming titles is the way to keep the console market hang in balance.

While Indian gaming market has been a sector with jitters and consternations, it is still growing subversively as most of the ‘gaming trends’ are merely adopted from the Western trends breaking out lately.

In India, consoles like PS4 and Xbox One have been pretty great in capturing attention, but Nintendo Wii lacked its share in the Indian market, mainly because the price was higher than the other two. However, it’s just not this which is reducing Nintendo’s performance.

Since ever, Nintendo has been too stoic towards the Indian market; the company hasn’t launched a single gaming console officially in India. This is not because the peninsular gaming region lacks the zeal, but mainly because it has several stringent laws and regulations, which makes official launch a part of latter promotion.

Before 2013, PS2 and PS3 were highly popular consoles in India. However, after 2014, a mandatory certification was required for any electronic gadget that was being imported to India by Department of Electronics and Information Technology (DeitY), and further given a go-ahead by Bureau of Indian Standards (BIS), before it could be made available to consumers. Now, if you do the math, the amount to acquire these certificates is huge, which in turn could change any company’s decision to launch the console.

Also, then comes another important factor which is, demand. As laws for consumer electronics are so complex in India, the market gets volatile and the reaction developed due to this makes this sector weak. Meaning, India certainly has interest in the upcoming consoles but has no other option but to just wait, and pay hefty prices.

It can still work its way

Although the start might not be great, Nintendo can escalate its sales in South Asian Market, mainly because a dual functionary console would fulfill the purposes of gaming, TV and tablet. The other factor is its offline multiplayer support, which means that lack of high speed internet connection is not necessarily a hindrance to play multiplayer games.

Its region free property is something which is totally appreciated, as Nintendo went ahead of other console companies which usually use a step-down transformer or adapter (basically used to play in the US).

The gaming titles such as Legend of Zelda: Breath of the Wild and Super Mario Odyssey, which are based on big Nintendo IP in the pipeline, have enough capacity to pique the attention of the market for a while.

In India, the logic works with middle class; if you have a business then the sweet spot would be targeting middle class. Just like Nintendo has been pacing up with new designs and offers, other consoles were just cheap enough to hit the market.

Nintendo has to struggle its way through the rampant piracy also, as PlayStations are jailbroken mostly, as pirated games are almost 10 times cheaper than the official ones.

Leaving Indian market at the backdrop for now, whatever the demand may be, Nintendo is already in work to double its amount of units produced, according to a new report.

Nintendo Switch has been reviewed by a number of users and tech-journalists; however, a freshly reported sales figure corresponds that the sale of the devices have already slowed down significantly. The second week sales show that the device is experiencing a halt in sales as just 61,998 Nintendo Switch units were sold in Japan during the console’s second week of availability, whereas the first week sold 330,637 units.

Considering the above matter, Nintendo is now working on its production to make sure it meets the demand for the year 2018. Well, for this year, the company is still hoping to maintain supply and demand ratio for the consoles. But in India only wait compensates the expectations, and only reviews of the device justify the eagerness of a prospective buyer.