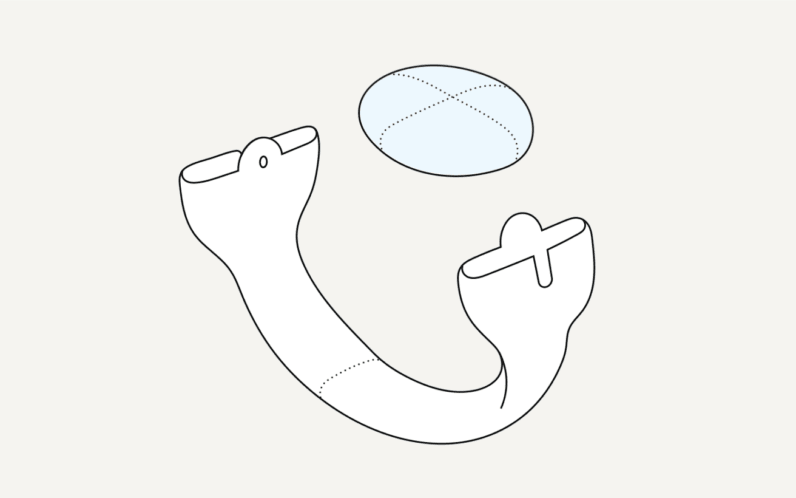 Wearables and smartwatches in particular have been predicted to be the next HUGE thing for years. Fitbit, Apple, and others are selling wearable fitness trackers and smartwatches, but the wearable revolution never really happened. The wearables market is doing worse than expected. People don’t see the real value in wearables, understand the human problem they solve. Wearables struggle with early abandonment: One third of wearable device owners stop using them within six months of purchase. There doesn’t seem to be much value beyond the initial excitement.

The value proposition for smartwatches nervously runs back and forward in between getting notifications on your wrist, health monitoring, work-out assistance, and sending your heartbeat to someone. Apple and other smartwatch manufacturers have now centered their focus primarily on the fitness part but still haven’t been able to create a killer product that takes the world by storm like the iPhone did a decade ago now.

The problem is that smartwatches don’t solve a real problem – an immanent and relevant human problem. They are more of a sometimes helpful little gadget that you can perfectly live without (maybe aside from the fitness-crazy that love checking on their superhero quantified self). But there is a magical opportunity that smartwatches have been missing all along.

What makes wearables different from other consumer electronics? Well, it’s obvious, we wear them, they are attached to our body throughout the entire day. They know our location at any given time (also in situations where we don’t carry our phone with us), they measure our movements, even micro movements with a maximum level of granularity, they can tell if we ride in a car, take the train, walk, or ride a bike. They monitor our heart rate, they know when we get a text and from whom, they are able to know what we buy when and where. In short: Smartwatches know each and every detail about our behavior.

While a single action can be carried out by many, the behavioral patterns of one person are highly unique and can be measured and can become a way to identify a person. Behavior can be an authentication method.

All current ways of authenticating, let it be via passwords, biometrics, or physical artifacts such as cards or keys, have one thing in common: They require a human intervention. Passwords need to be entered, fingerprints need to be scanned, a keycard needs to be carried around and applied to a reader.

Continuous authentication via behavioral pattern recognition is passive and doesn’t require any punctual actions. The wearable itself protects human digital identity and becomes “suspicious” when the human behavior changes.

So how can a smartwatch do that magic? It’s fairly simple: As a wearable that is constantly in physical contact with you, the smartwatch can recognize and process your behavioral patterns. While wearing it attached to your body, it works as a universal key. It connects and gives access to devices such as phones, tablets or computers, air conditioners and other smart home devices, your house door, and even the car that you share or own.

Knowing that you are you, the smartwatch connects to these devices, authenticates you on them when you are in their physical proximity and signs you out when you walk away from them.

Walking into a room sets the room temperature automatically to your preferred level. Picking up a phone signs you into your accounts on it and out when you put it down. Any Amazon Echo-like device instantly becomes yours just as you are near it and start talking to it. Getting into a shared car would load your music playlists and ideally put the seat into your preferred position.

A safeguard of human identity

The problem this solves is the vast number of digital and physical artifacts we are forced to remember and carry with us all the time. The smartwatch can become a guardian of human identity and a way to seamlessly authenticate across services and objects that are in our physical proximity. It would also protect your data. There would be no need to ever sign out again. You just walk away from a phone, laptop, car, or any other device to be automatically signed out.

Smartwatches can become an enabler for connected objects around us. They can use connectivity (“personal” connectivity) to interact with devices around us to customize them while in use. Think of shared cars, hotel rooms or shared apartments, virtually anything that is part of the growing on-demand economy.

The technical pieces to make this feasible are already here. Disney lets visitors of their theme parks wear a bracelet that gives them access to all services inside the park. Disney gains access to their visitors’ behavioral data while the visitors enjoy the convenience of seamless access.

The Token ring is a device that allows people to sign into their Windows computer, open their house doors, start their car, and pay. Authentication happens via fingerprint scan. The NFC ring, a Kickstarter project a few years back, does similar magic.

There is an enormous opportunity to create true value through wearables and solve a real and relevant human problem. The literal and emotional attachment to a device that incarnates human identity can result in an ultra-personal experience for the people wearing it and can go far beyond a playful gadget on your wrist.