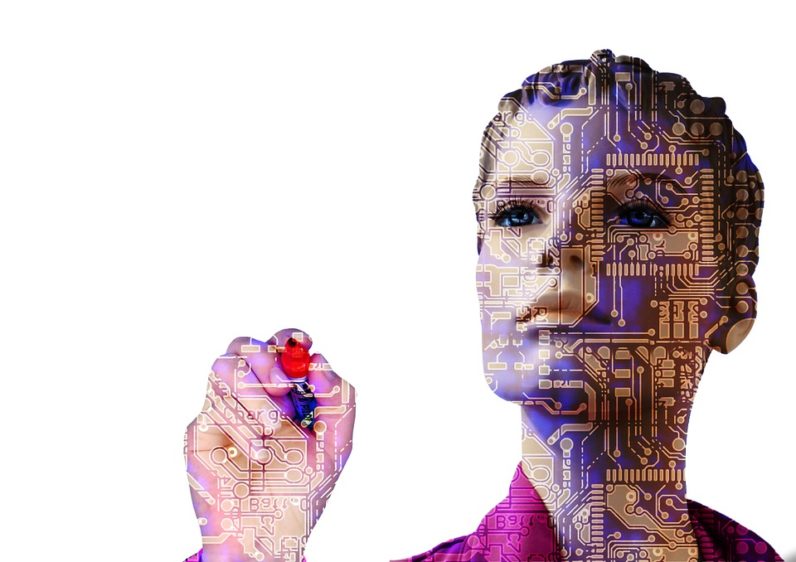 This week, the US patent office issued 6511 patents.

Each patent adds a little something new to the human knowledge base. As we cannot list all six thousand, the PatentYogi team has selected the five most interesting patents.


The3D printing technology has moved well beyond prototyping at small scale. It is about to usher in Industrial Revolution 2.0.

We discovered arecent patent application from Xerox gives us an indication of how 3D manufacturing is going to disrupt mass production.

Digital 3D manufacturing, also known as digital additive manufacturing, is a process of making a 3D solid object of virtually any shape from a digital model. 3D printing is distinguishable from traditional object-forming techniques, which mostly rely on the removal of material from a work piece by a subtractive process, such as cutting or drilling.

3D printing systems have been developed that have multiple processing stations. Each station is configured to perform different processes involved in manufacturing a finished 3D object.For example, planarizing, curing or cooling between ejecting material layers or after completing a printed object.

Such multi-station 3D printing systems often comprise a track that guides a cart from one processing station to another. The cart rides along the track to convey a substrate between processing stations. The cart is moved along the track by a motor such as a linear synchronous motor (LSM) or a linear induction motor (LIM). LSM and LIM technology allows for quick and reliable motion of the cart between stations, but it does not provide enough force and resilience to operate under the various loads that the cart may encounter at the various processing stations.

Xerox has developed a modular multi-station 3D object printing system for precision control of the cart carrying the object. The system takes advantage of the speed and flexibility of LSM and LIM technology while also providing accurate motion at processing stations that is resilient against weight, speed, and load changes associated with the variety of processing steps required to manufacture a finished 3D object.

Specifically, each processing station includes an additionalprecision track to securely engage the cart and move it precisely when required.

IBM has invented a hormonal switch to control obesity
Patent Number: US 20160310354


Obesity is a pandemic. Over the last decade, the prevalence of diabetes has followed the obesity trend. Currently, the cost of providing medical care and treatment to obese and diabetic patients is costly, at more than $100 billion per year.

Recently, Jamie Oliver said that obesity poses a greater threat to the UK than ISIS.

IBM has invented a non-invasive technique that control appetite. Specifically, the technique induces a hormonal response using sound waves. Sound waves travel through an individual’s skin, surrounding tissues, and induce vibration of gastrointestinal organs, and other organs, in resonance with the frequency of the sound waves. The vibrations stimulate glands to regulate production hormones, such as leptin, gherlin, cholecystokinin (CCK), and pancreatic peptide YY3-36 (PYY3-36). The hormones then regulate food intake by affecting the brain and by interacting with or binding to adjunct cells.

Samsung Gear wearables will be drone compatible
Patent Number: US 20160313764


We have covered many patents on interesting uses of drones including ambulance drones from Google, drones for wheelchairs, drones for cars from DJI, birdhouses for drones from Amazon, Weebo type drone from Amazon and Boeing’s unified lift vehicle.

With the launch of DJI’s Mavic Pro and GoPro’s Karma Drone, the drones are all set to go mainstream. These small drones are very well designed for photography and videography applications. However, they still cost around $1000, which restricts their widespread use.

A recent patent application for Samsung discloses a system that could reduce costs of the drones considerably.

Apart from the costs, these commercially miniaturized drones tend to use most of the available space for batteries for longer flight durations. However, they need process a lot of computations to control the drones. In addition, the lot of computations is required in order to provide all functions that satisfy user’s desire, so a provision of a high-performance processor and various sensors may be expensive. If the lot of computations is performed through a wireless communication, a delay due to a data communication may bring undesirable problems such as a malfunction of the drone or a failure of flight.

According Samsung is working on drones that allows docking different types of wearable devices (Example, Samsung Gear)for performing various types of computations on the drones. This eliminates redundant resources. Further, various types of low-priced electronic devices can be docked with drones for different applications.

Drones include a docking station, where wearable devices like Samsung Smartwatch can be docked.

Boeing has designed a new seating plan of aircrafts
Patent Number: US 20160311516


Boeing is one of the most innovative companies. They keep reinventing various parts of their aircrafts. This fits in with the innovative model practised at Boeing. Boeing’s CEO Jim McNerney disclosed their innovation philosophy, Boeings aims to emulate the product strategy of Apple Inc. by developing future passenger jets in incremental steps, rather than once-a-generation “moon shots” that carry too much risk.

So Boeing keeps improving all components of aircraft starting from the passenger seats to the engines. Last year, we discovered a patent from Boeing on cuddle seats.

Now, Boeing has filed a patent application on a new seating plan for aircrafts, that maximises the usage of space and also increases the safety of the passengers.

Optimizing the use of fuselage volume allows the aircraft to carry higher payloads of passengers and cargo. The ability to carry higher revenue payloads reduces operating expenses relative to revenue, while simultaneously reducing fuel burn per seat-kilometer, and also reducing CO2 production per seat. However, the challenge of optimizing the use of available fuselage volume is complicated by the need to provide for passenger comfort and safety while accommodating associated cargo requirements. Finally, passenger cabin layout and design must take into consideration the need for crash landing energy absorption in lower areas of the fuselage.

Two approaches that have been used in the past to increase passenger capacity of existing aircraft:

The former approach keeps the ratio of the passenger seat count and cargo capacity roughly the same. Also it changes aircraft take-off and landing parameters, and sometimes involves a redesign of aircraft wings and the use of different engines. The latter approach can involve the use of narrower aircraft seats, which reduces passenger comfort, and can involve significant redesign of aircraft structural components. So both approaches have considerable drawbacks.

Therefore, Boeing has developed a fuselage design and cabin layout that optimizes use of the fuselage volume while satisfying the need for crash worthiness and cargo carrying requirements.

The design includes a split level cabin floor layout within a fuselage of uniform cross section. Cargo decks are included beneath passenger seating areas to provide crushable zones that absorb energy during crash landings in order to protect passengers. The split level cabin layout includes upper and lower stacked cabins connected to an intermediate level main cabin through stairs, elevators or escalators. Stairs connecting the main cabin to the upper and lower cabins are longitudinally spaced, as required, to accommodate underlying cargo bays and landing gear wheel wells. The space above the main cabin is utilized as a rest compartment for crews that is accessible by stairs or ladders. Further, the lower cabin is near the waterline of the aircraft, split “dutch” doors in the fuselage provide passenger egress while protecting against the inflow of water into the cabin in the event of an emergency water landing.


Amazon has been working on drone technology since many years now. Amazon plans to use drones to deliver goods directly to customers from its warehouses. Earlier this year, we discovered Amazon’s patents on a drone with a combustion engine and a “birdhouse” for drones.

A recent patent from Amazon indicates that Amazon has found some new interesting uses of drones. In fact, Amazon has invented a small shoulder-mounted police drone.

These drones are designed to provide enhanced support to the police while on duty.The drones can perch on shoulders of police officers, so it is easy to carry them around.

Dash cams installed on police vehicles often do not work as desired. Depending upon conditions, the position of the police car relative to action, and other factors, dash cams often do not always provide usable video or audio.To solve this problem, apolice officer can command the patented drone to “hover” or “follow me.” The dronewill then automatically take a position proximate to the officer to record video and audio of the traffic stop. For example, the drone can hover above the officer and face the same basic direction as the officer. This allows the drone to capture the vehicle license plate as the officer approaches the vehicle. If there is an altercation during the stop, for example, and the driver flees the scene, the license plate and a photo can be provided to local police agencies to quickly apprehend the suspect.

In some examples, if a foot chase develops during a traffic stop, for example, the officer can command the drone to follow the suspect so that he can attempt to cut the suspect off in the cruiser. Similarly, if there are two or more suspects, the officer can command the drone to follow one of the suspects, while he gives chase to the other. This can enable the officer to apprehend one suspect, and then he or backup officers can apprehend the other suspect guided to his location by the drone. The drone provides periodic location updates, for example, or can simply hover above the suspect with its lights and sirens on to enable police to locate the suspect. These drones will effectively take the jobs of some police dogs.


Meanwhile, Amazon is working hard to develop drones for delivery products. Last month, during 2016 Pathfinder Awards ceremony, Jeff Bezos revealed details of how the Amazon’s drones will know where to land. He said, “If you have a landing field, you can mark it with a symbol that you can print out with your printer, and put it wherever you want the vehicle to land,” Bezos said. “It will come over, see it, and land. And if it sees anything that makes it nervous, it can divert or phone home for help.”