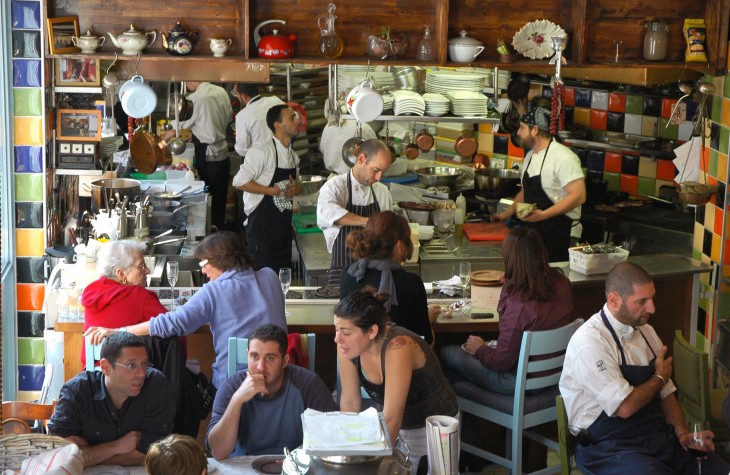 When it comes to the service business, the no-tipping movement has created a real problem. After all, tipping has been the approach customers have used to thank those who served them. Tipping can be traced all the way back to 17th-century England as a way to show polite acknowledgment of service. From beauty salons and spas to bellhops and cleaning companies, many service workers enjoy tips. This includes restaurant personnel like wait staff and busboys, who tend to count on this extra money to increase their income. In the U.S. alone, it has been estimated that tips total $44 billion each year.

With mounting wage pressures, restaurants know they have to find a viable solution to help them remain profitable. The no-tipping model was proposed as an answer, but it has received mixed reviews.

Wage Pressures Only Push Small Numbers to the No-Tipping Model

When the minimum wage started inching its way up, many restaurants began seeking a way to recoup some of the costs. They raised prices on the menu while switching to a no-tipping policy. This strategy would mean a restaurant had more money to pay the new higher wages. Plus, it hoped it would help retain all guests.

In other parts of the world, it is not common practice to include a separate tip after a meal. Instead, European restaurants rely on what’s termed a “hospitality included” price for their meal pricing. Now, this practice is being tried out by some American restaurants, including those that operate multiple brands and locations. However, patrons are accustomed to the tip model, just like Europeans are used to the no-tipping approach.

According to research, 97 percent of servers prefer the tipping model over the no-tipping model, while the majority of guests prefer to tip (65 percent), which has led some restaurants to reverse their move to a no-tipping model because they want to keep customers happy.

The need to keep customers and staff has superseded what had originally caused restaurants to make the switch. According to one San Francisco restaurant owner, it was fear of growing costs that led to the switch to the no-tipping model: “There are a number of city mandates that are expensive, and the imminent $16 minimum wage is among those, so it’s been very much on restaurant owners’ minds how to compensate differently. So I’d been at a number of meetings with other restaurateurs in the city, and there was a sort of sense that a number of us were going to make this shift, and I thought I would go first.”

Yet it wasn’t enough to stick to the no-tipping model. Instead, this restaurant — and others, like Joe’s Crab Shack — made the switch back to tipping after just a few months. The priority was customers and what they wanted.

To Tip or Not to Tip — That Is the Question

Rather than raise prices on the menu and take away tipping, some restaurants charge additional service fees to customers to make up for the wage increase. However, this has not made guests happy at all, so many restaurants quickly abandoned this strategy.

Restaurants need to make a decision: Do they adopt a no-tipping strategy or stick to tipping, based on their understanding of guests and staff? The answer is that it’s important to provide the best experience possible for customers. If that means sticking with the ability to tip, then that’s the right approach. It’s critical to use the available data to guide decisions about tipping. Don’t rely on societal trends, what other restaurants are doing, or a gut feeling.

Strategies for Informed Decisions on Tipping (or Not)

Those data insights should also guide front-of-house and back-of-house management. There are many ways to grow restaurant revenue that can compensate for the need to pay increased wages — without passing it on to the customer. Focusing on this data can streamline operations and identify other ways to reduce expenses and enhance profits that are less intrusive to all involved. By implementing other strategies, a restaurant may even experience greater profitability that it can use to provide higher wages.
In addition to data insights, it helps restaurants to continually stay updated on industry trends. It also helps with issues like wages and the tipping dilemma. They can do this by seeking out thought leaders in the restaurant industry who understand all sides of these issues. They can present balanced coverage that offers insight into each argument. Armed with this information and restaurant data, a restaurant owner can then make an informed decision on such issues like tipping — or not.

Read next: These 3 Tech trends are redefining how your kids learn