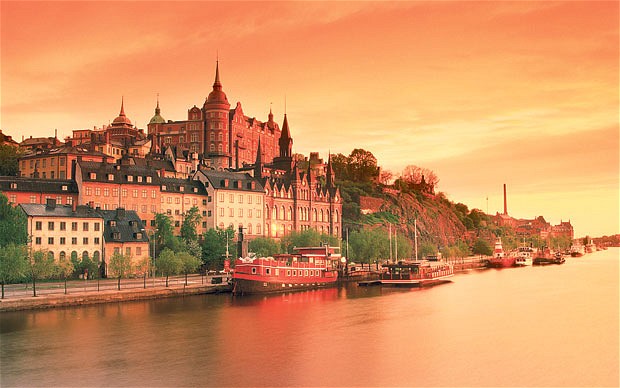 The European tech scene has been shaken up by the UK’s decision to leave the EU (which has been popularly called Brexit). Major tech and financial services firms such as Microsoft, HSBC, and UBS have all expressed taking their business elsewhere after the Brexit vote. This comes as a huge blow for the UK’s emerging financial technology (fintech) sector as many were hoping that fintech would be the next big thing for the UK tech ventures. Investments in UK fintech dropped 33.7 percent in 2016 while the rest of the world enjoyed an uptick VC funding.

Countries such as Sweden stand to benefit from this. Sweden has been positioning itself to be a major fintech hub not only in the EU but in the world. Swedish fintech firms have been doing quite well grabbing 32 out of 51 investments made by venture capitalists in Nordic countries. Online payment firm Klarna and card reader maker iZettle lead the way with valuations of $2.3 billion and $500 million respectively.

So why is Sweden a top destination for fintech ventures? Here are three reasons why Sweden holds key advantages in the fintech space.

In the US, financial services are stunted by inertia. Adoption of mobile payments has been relatively slow despite  the introduction of services such as Apple Pay and Android Pay. These digital wallets are already built in to popular mobile phones but users still hesitate to use them due to limited merchants accepting such payments and concerns over security.

There are also some nagging issues brought about by traditional financial practices. Enabling the use of diverse funding sources such debit and credit cards and cash required fintech firms to deal with separate institutions. Each bank would also have its own system and many transactions would have fees attached. Banks and card companies are also still very restrictive in allowing third-party services easier access to their systems in order to facilitate payments.

In contrast, regions with relatively younger banking systems like China are able to readily adopt fintech solutions. Adoption of mobile technologies was more widespread than banking. This became an opportunity for China’s tech giants to offer mobile payments instead. In 2016, China’s mobile payment usage amounted to 50 times that of the US’.

Sweden enjoys a very different case. Sweden enjoys a long banking history. Its central bank traces its roots to the 17th century. As a neutral country in the World War II, Sweden did not have to rebuild its economic base. Many long-standing institutions find it hard to adapt but Sweden made economic changes after suffering from a financial crisis in the early 1990s.

The country’s banking system is quite progressive and it has stayed at pace with the developments in technology. Its major banks put up systems that allow them to easily transact fund transfers and clearing with each other. As such, local interbank fund transfers are real-time and free. Online banking also allows for cheaper bank fees for other transactions compared to physical banking. This interconnectedness serves as a good launch pad for fintech to work with.

Aside from having such banking systems in place, Sweden’s attitude towards money is also driving the types of fintech services that are offered. Bank accounts are essential to Swedish finances. Employees receive wages through their bank accounts so it is only convenient for customers to use them to manage finances. Some banks can even use a customer’s bank account to review the person’s financial history for purposes of loan and mortgage applications.

This attitude allows fintech players to emphasize the bank account in their services. While other payment processors focus on accommodating all funding sources such as credit cards and even digital currencies, Stockholm-based fintech firm Trustly focuses on this straightforward proposition – shop and pay from a bank account. Only a month ago, Trustly announced a massive spike in transaction volumes in 2016 with the company hitting €3.2 billion. The company has its presence already in 29 countries and 190 banks and processes 2.2 million payments monthly.

“We did a big push at the end of 2015 because we said to ourselves, we want to be the European bank payment provider for merchants. E-commerce is becoming increasingly cross-border. If you’re online, you increasingly want to sell to not only your own market but also across Europe. If they integrate with us, they can get paid by consumers across all of Europe. No one else can do that.”

The Swedish people have also embraced the cashless lifestyle. Only a fifth of retail is done in cash. Public transport and dining establishments now avoid cash. Sweden has been courting the possibility of being the first cashless country. Use of bank notes and coins is down 40 percent since 2009 and even a number of bank branches do not even allow hard cash transactions.

Recently, six banks have also teamed up as a consortium to create the Swish mobile app. It is a payments system that was initially designed for consumer-to-consumer fund transfers but has evolved to be in use by businesses. It is in use by more than 5 million users. It is exclusive for the Swedish krona but there is a possibility for it to eventually allow cross-border and cross-currency transactions in the future.

Credit should also be given to Sweden’s government for allowing investments in technology. Government transactions are mostly digital thus making tech-based transactions part of Swedish life.

It would not be just in payments where fintech ventures can make an impact. Opportunities to innovate will increase once the EU’s Revised Payment Services Directive (PSD2) kicks in by 2018. With the directive, consumers and businesses are allowed to use third-party services to manage their finances. Banks have to open up their APIs and allow these services access to people’s account information. The regulation also opens up opportunities for easier cross-border transactions.

This directive essentially disrupts the whole financial services sector. Some may even argue that the Swish app is the banks’ attempt to stay relevant as PSD2 essentially blurs the distinction between banks and fintech players when it comes to how to interface with customers. As long as there is healthy competition, customers are most likely to benefit from the innovations that would result from this disruption. Sweden boasts of healthy free market policies.

Investments in cultivating the sector are also being made. The country is also set to get its fintech hub this year where companies, banks, and regulators can collaborate. The hub will house co-working spaces and a conference center to encourage tech companies to venture into fintech. As a member of EU, Sweden allows for European investors and workers to set up shop easier. Among the fears of UK-based firms with Brexit is that hiring good talent from Europe will be harder due to more restrictive immigration policies.

All these developments seem to brew the perfect storm for Sweden to dominate fintech. There is still much uncertainty looming with Brexit for many firms but Sweden’s regulatory directions and business environment inspires entrepreneur and investor confidence. Firms would definitely do well exploring Sweden’s fintech sector for opportunities.

Read next: Trends That Will Shape the Global Economy in 2017