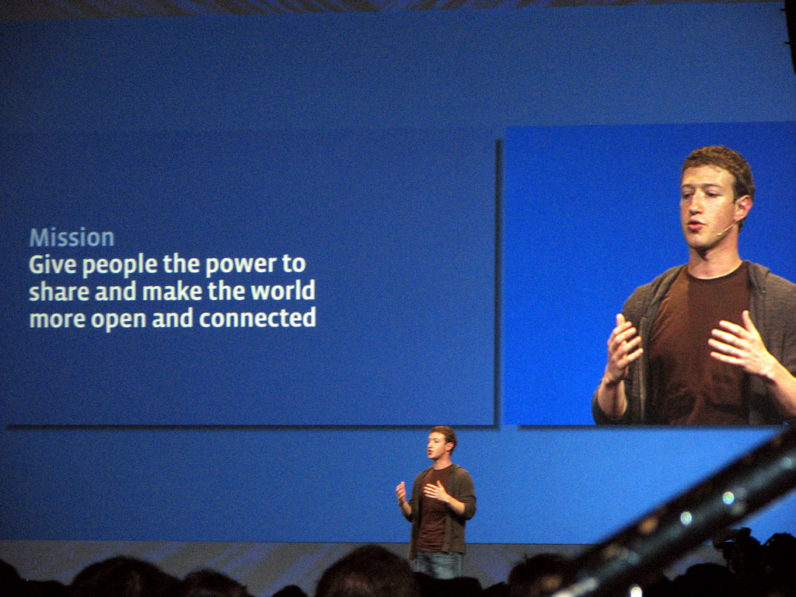 Facebook is challenging one of LinkedIn’s biggest draws to the social network, which is the ability to search and apply for jobs via business profile pages.

This comes off the back of several other major updates the social network has recently initiated, including the ability to order food directly from restaurants via the app, booking cinema tickets, as well as the more noticed Craigslist killer, Marketplace.

If all these additions are successful then the likes of Deliveroo, eBay and the aforementioned Craigslist, will have some serious worries at boardroom level.

But LinkedIn has 433 million users and the social recruitment space almost exclusively to itself. It’s a haven for recruiters to post motivational memes and quotes, in an echo chamber that wants for the attention of employers and job seekers who linger in the background.

This is perfect for the eco-system that is LinkedIn, as everyone who goes on the social network knows exactly what to expect when they get on there. But how would this experience transfer to Facebook?

Ordering food, cinema tickets (and if the recent additions are anything to go by, then don’t be shocked when property rentals and taxi hire are added to this list – so watch out Uber and Airbnb) are relatively social practices that fit into Facebook’s model, as they can be shared, liked and commented on, without the fear of your current employer looking over your virtual shoulder.

I’m not sure that applying for a job is something too many people would want to socially shout about, as virtual walled-gardens have ears, that may lead to an early dismissal in your current role.

Is it in the current users psyche to associate Facebook usage with job hunting?

LinkedIn is synonymous with recruiters and headhunting but the social network has distanced itself from pushing jobs on users by almost exclusively ensuring that they are listed on its Job Search app. Not having job listings rammed down the audience’s throats gives users more reason to interact on site rather than job hunt, but does that mean that it is almost always recruiters interacting with recruiters? Probably not, but the platform will never lend itself to out-of-office-hours use!

Microsoft doesn’t appear to be worried by LinkedIn’s immediate future, as the tech giant bought the social network for a reported $26 billion earlier this year.

But how good is Microsoft’s foresight? Well they bought Skype for $8.5 billion, which, judging by their 1 million mobile downloads, appears to be going well. But on the flipside,  this is the same Microsoft that bought Nokia’s mobile device unit in 2014 for $7.2 billion and then sold its feature phone assets for $350 million in 2016.

LinkedIn and Microsoft’s biggest saviour in all of this is that it’s in the user’s psyche to expect memes and job offers when visiting the site, but would the user expect or enjoy this on Facebook? Probably not, and I doubt this will be the tact that the social network giant will take.

Facebook has worked its way into the daily lives of 1.78 billion people and the average user is on there around two hours per day, so it isn’t going to try and hinder that by adding anything too dramatic to the experience. But when Facebook wants to do something, it normally succeeds, unless its decides to keep trying and failing to compete with Snapchat, with apps like Slingshot.

Facebook recently made a move into the workplace though, with the launch of its company communication app, so it is obviously seeing the 9-5 user base as the next market to conquer, and there is only really LinkedIn that have any major foothold in this market.

But how will LinkedIn fit in with recruiters looking to network and find candidates to fill their vacant roles?

Well in my humble opinion, it won’t, as businesses will look to put their vacant roles in front of a far bigger audience via Facebook, by paying for ads, using video to get relevant eyes on jobs (Facebook’s Nicola Mendelsohn said the social network will “probably” be “all video” in five years) and making their business profile page appealing to potential employees by having a regularly updated feed; which in effect, cuts out the middle man.

Whilst the experience will be different for potential employees looking for roles on Facebook compared to LinkedIn, this change does give some power to the job seeker to go out and find a role, directly communicate with the employer, chat to their friends, whilst buying a suit and ordering a pizza for later that evening, but still only using one interface.

So I guess that really does leave LinkedIn as a social network for recruiters to communicate with other recruiters, there just won’t be any potential employees/employers there to hide in the background.

Read next: 10 Best Growth Hacking Platforms to Watch for in 2017