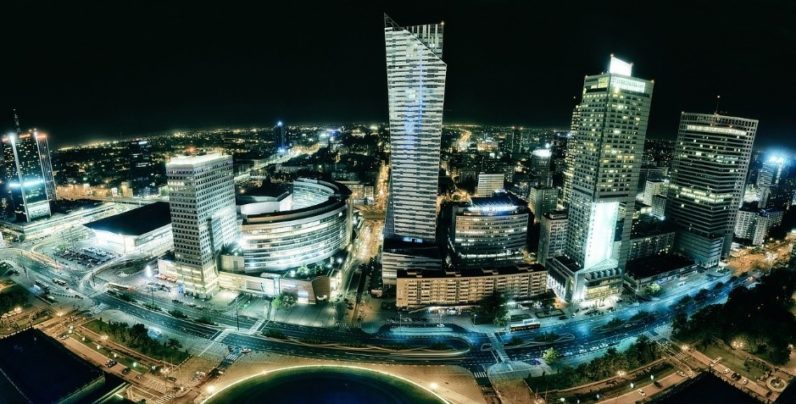 My recent visit to Greece to survey its emerging tech scene was a pleasantly surprising experience. Greece’s tech startups prove that growth can be achieved despite unfavorable economic circumstances. My interactions with peers in the industry gave me a fresh lens to view the many other scenes I encounter, namely Poland.

I’ll be going to Poland this May to attend two events – InfoShare, the largest tech conference in CEE –where I will take part in talks and workshops on tech and entrepreneurship and PipelineSummit – will be hosting a panel on the topic of improving synergies of sales and marketing teams with leading marketing influencer Sujan Patel as well as several leading sales figures from Trello and Unbounce.

Poland tech scene is starting to come into its own and is now becoming quite the force in Central and Eastern Europe (CEE). The scene got a major boost when Google opened its Warsaw Campus in 2015. In addition, homegrown game development company CD Projekt, which made its name through the critically-acclaimed The Witcher game titles, is now worth over a billion dollars. Ecommerce platform Allegro which competed against eBay in CEE was acquired for $1.5 billion by the Nasper media group in 2008 and was again sold last year to Cinven and Permira for $3.25 billion.

Beyond these globally known names are a number of Poland-founded tech companies and Polish professionals that aim to make it globally. Most are simply low-key, opting for sustainable growth rather than quickly ramping up their businesses to either score huge in funding or even take quick exits. Slowly but surely, however, Poland’s startups are getting there.

Tech is quite an exciting industry in Poland right now. A report by StartUp Poland revealed that 39 percent of the 2,400 startups surveyed are involved software development. However, in contrast to the emerging norm for tech startups, 60 percent bootstrapped their ventures instead of opting for venture capital funding and were profitable from the start. This is quite different from what we typically see with startups often seeking ways to quickly sell out to sharks. These companies are intent to stay self-funded until they IPO.

That said, there are VC funds in Poland like Black Pearls, IQ partners, Innovation Nest, and Protos VC to name a few. The largest ones are found in Warsaw and Krakow. Aside from VCs, there are a number of angel investors willing to stake their own money to fund startups. Among the prominent angel networks for tech are CandO Capital and entrepreneurs/advisors such as Richad Lucas, Rafal Han, and Lukasz Wejchert.

Tech talent is plentiful as well. Web coding site HackerRank released a study ranking the countries with the best developers based on speed and accuracy in solving coding challenges. Poland ranked third overall behind China and Russia and placing in the top 5 algorithms, Java, Python, shell programming, and Ruby.

Their programming talent is already recognized worldwide. US and UK companies consistently outsource work to Poland. Programmers are proficient in the latest technologies like the MEAN stack and Ruby on Rails. Many are also familiar with working using agile methodologies. Rates are relatively cheaper due to lower labor costs even compared to other countries in the EU. Everyone speaks English as well so communication isn’t an issue.

Many of the tech ventures are working on software-as-a-service (SaaS). Poland is home to several popular websites and services. Krakow-based social learning network Brainly already boasts of 80 million users. DocPlanner is a healthcare booking service used by 17 million patients in 20 countries.

Development for the Internet-of-Things (IoT) is also starting to gain traction with the likes of beacon maker Estimote now shipping beacons and creating a developer community worldwide. Beacons are particularly popular to those experimenting on omnichannel retail.

Any one of these companies may be poised to become Poland’s next unicorn.

Poland should find itself in a very strong position as a tech leader in CEE and perhaps even the whole of Europe. Brexit definitely threw a curve ball for tech in Europe though it should be an opportunity for the rest of the continent to make themselves for attractive for businesses that are on the lookout for new hubs to be part of.

While other tech scenes are strong, the bootstrapping mentality in Poland should inspire trust in businesses to acquire services from Polish tech companies. There is stability partnering with a venture that is self-funded and profitable.

It would be interesting to see innovation to come from Poland. The combination of creativity and can-do attitude would be quite the combination to be a true game changer, not just in the region, but globally. And that’s something that I’ll be looking forward to as I revisit the scene this May.