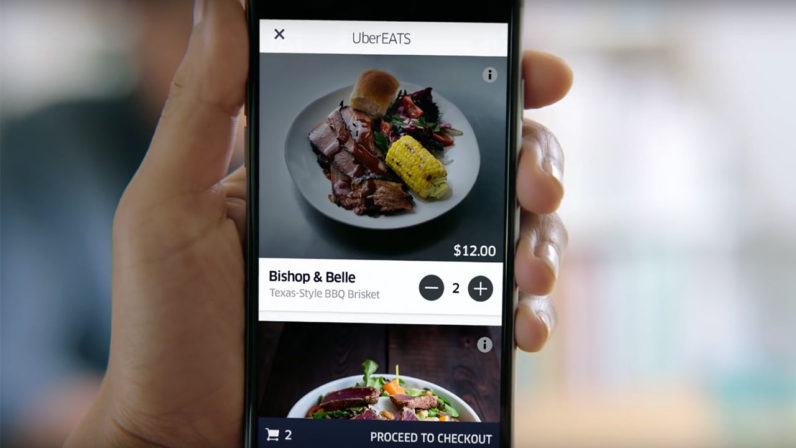 Among the mammoth segment of U.S. contingent workers that are expected to make up over half of the total U.S. workforce in the next three to five years, is a rapidly growing group with blurry job titles. They’re by no means superheroes, but with the touch of smartphone button, they change professions faster than Clark Kent can dawn a Superman costume.

Meet Jack of All Trades 2.0, a segment of freelancers, solopreneurs, consultants, and independent contractors flexing diverse skillsets to earn a living through multiple sources and increasingly flocking to on-demand platforms to find these revenue-generating opportunities. A recent report from JPMorgan Chase found that roughly 10.3 million people have earned income through the platform economy, a number that increased 47-fold between 2012 to 2015.

The New Breed of Job Jugglers

When you picture your average gig-juggler, this group isn’t exactly what springs to mind: they cross a range of ages and include unskilled labor and highly trained professionals earning income from their assets, skills and time. A mere 5 percent of this workforce rely solely on their on-demand platform earnings according to an Intuit study, the rest use it as a secondary and supplementary source of income: 29 percent have a traditional full time job; 14 percent have a part-time job; 39 percent own a small business; 19 percent are a family care taker; 11 percent are students; and 5 percent are retired.

They’re not planning chaotic weekly schedules juggling tutoring gigs, pizza delivery jobs, and painting stints. In fact, there’s no need to pre-schedule on-demand work at all––they make their services and assets available when they want. They don’t schedule life around work, they schedule work around life.

Inevitably, you’ve encountered some of these Tom, Dick and Harry’s in your travels: Harry is a freelance software developer via Upwork and a frequent Airbnb hotelier; Tom is a city clerk officer by day, a Lyft driver by night and scores the odd moving job through TaskRabbit on weekends; and Dick goes where the market is hot, he offers landscaping services in summer, snow clearing services in winter, and Martial Arts instruction year-round via platforms like Thumbtack, Handy and Plowz.

As Dr. Arun Sundararajan, a Professor at NYU Stern School of Business, shared in an interview on CBC’s Spark, the on-demand economy isn’t just a winning proposition for the consumer or worker, it’s a winning combination for economic growth. “There are fundamental economic efficiencies: we’re using stuff more efficiently, we’re tapping into labor more efficiently; we’re also increasing the variety of things that are available to people,” says Sundararajan. “Economists disagree about a lot of things, but the things they agree about are that when you use resources more efficiently, in the long run, this grows the economy; when you increase consumption, that grows the economy; and when you increase variety, you increase consumption.”

Dr. Sundararajan’s optimistic outlook on the on-demand economy is widely shared; the consensus among changemakers is that helping the on-demand economy succeed is work worth doing. The challenge, as legal experts, policy advisors, government officials, insurers and industry groups agree, is that resolving the tough regulatory, legal, and labor obstacles to support this new 21st century economy won’t happen overnight––it’s an iterative process that involves rethinking and rebuilding 20th century systems and the protection mechanisms to help a 21st century workforce thrive. Before we can start that process, we need to step into Jack of All Trades 2.0’s shoes to understand the key issues.

From a service provider’s perspective, on-demand platforms feel much like an employer or agency in that they take care of advertising and marketing, connect providers with customers, set the rules of the business engagement, exchange payments between the two parties, and take a cut of the transaction fee. In reality, on-demand platforms rarely function as either employer or agent, their role is to facilitate peer-to-peer transactions and their fees are low because they don’t provide the traditional safeguards of an employer or the high-touch guidance of an agency. Service providers working via on-demand platforms almost always operate as independent contractors, and this is where the challenges start for the Jack of All Trades 2.0…

Spend a few minutes scrolling through a rideshare or short-term rental forum and you’ll find that a large number of those earning income via these platforms are new to self-employment and lack a basic understanding of their responsibilities and risks as an independent contractor. Many aren’t aware that on-demand platforms aren’t withholding income tax, that they need to track their expenses and account for them at tax time, nor do they understand which risks aren’t covered under their on-demand platform policies or their personal policies. As a result, many Jack of All Trades 2.0’s are left heavily exposed to business risk without adequate protection. Worse yet, most won’t be aware of the problem until it’s too late.

Who and what is protected in peer-to-peer transactions?

Take Tom’s moving gigs as an example…Tom isn’t hired as a freelancer by a professional, licensed moving company, the customer is hiring him directly; the moment he turns on his smartphone, accepts the gig, and starts working, he’s no longer Tom the person and he’s not a temp moving employee, he’s Tom the moving company.  TaskRabbit offers a $1M TaskRabbit Insurance Guarantee on every task, their ‘Trust & Safety Fee’ is a separate 5% transaction fee that’s added to the Tasker’s hourly rate to cover TaskRabbit’s clients for risks like property damage or Bodily injury. But among the list of risks that aren’t covered under the Trust & Safety fee, TaskRabbit isn’t responsible for losses that Tom or his client could be held liable for under workers compensation, unemployment compensation or disability benefits law if anything goes wrong on the move; Tom the moving company is responsible for ensuring he has adequate protection for this kind of thing.

Those that work full-time via an on-demand platform can get full commercial coverage for business activities, but little protection is available for those who work or earn infrequently or on a part-time basis. Paying an extra $4000 annually to protect business activities at your Flipkey property makes sense if you’re renting it out 365 days of the year, but it’s completely unaffordable if you’re renting it out once or twice a month. Multiply that by two or three commercial policies to cover all the lines of business that the Jack of All Trades 2.0 might be handling on various platforms, and the price of conducting business would be astronomical.

Assessing needs in an inconsistent work environment with no history

Getting coverage for any new small business is tricky––those assessing your policy needs generally ask for two years of business history including the usual health and safety risks your type of business faces, and what systems you have in place to manage those risks. Newer entrants to on-demand platforms simply won’t have enough history on any on-demand platform to provide this information, and for the Jack of All Trades 2.0 who may operate in a different work environment on an hourly or daily basis, no two workdays look the same. The problem of inconsistent income isn’t relegated to insurance, our financial services, systems and policies were designed to work for people with predictable income and cash flow too– how will Jack of All Trades 2.0 secure a loan, credit card, or lease when it’s difficult to demonstrate income or project revenue?

Bureaucracies aren’t built to pivot on a dime to meet the needs of underserved markets like the Jack of All Trades 2.0, but innovators are…startups like Prosper, LendingClub, Credit Karma, PolicyGenius, Oscar and Payable, and established innovators like Intuit have stepped up to provide information and education, as well as a host of affordable, easy-to-use benefits, credit, insurance, and accounting solutions for independent contractors working in the on-demand economy.

Startups rising to the challenges of the Jack of All Trades 2.0 have contributed to an electrifying year for the fintech industry: according to KPMG International and CB Insights, global investment in fintech companies totaled US$19.1 billion in 2015, and it was a record year for VC-backed fintech investment.

The on-demand economy isn’t going to press pause on operations until changemakers figure out how to create a safety net for the Jack of All Trades 2.0 and hey, why wait? Protecting the Jack of All Trades 2.0 is an opportunity for innovators and on-demand companies to create elegant solutions and mutually-beneficial partnerships right now. This opportunity was nicely summed up on a recent drive with Carl, a Jack of All Trades 2.0 who has a full-time job in road safety and drives for Uber on weekends. “For me, part-time rideshare insurance was a no-brainer, totally worth it,” confirms Carl. “I love this job. I’ve met some amazing people and had some of the best conversations of my life while driving for Uber, I’ve discovered parts of my hometown I didn’t know existed, and I’ve saved up enough money this month to take my family on a dream vacation, but I’d give all that up if I didn’t have protection––that’d be a shame wouldn’t it?”