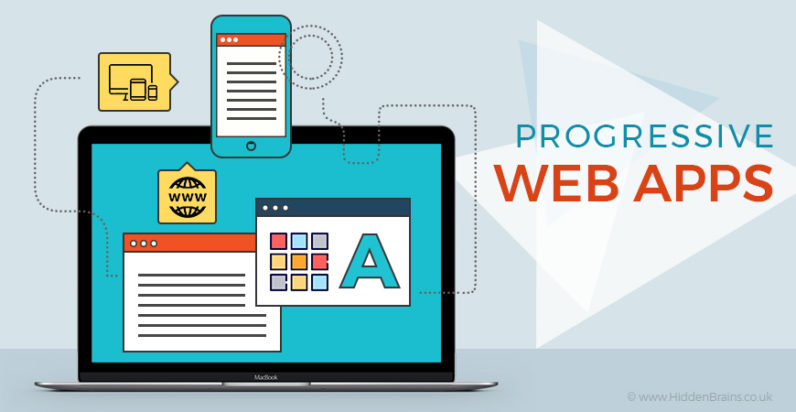 Native mobile apps have known to provide the best user experience until now. But how does the future of native app look like under steadily rising graph of progressive web apps? Taking into consideration pros of native as well as hybrid app and eliminated cons of both of them, Mobile App Development as PWA theory managed to attract attention of both developer community as well as smartphone users.

Scrutinizing major reasons behind the rising inclination towards PWA, the one that emerges as the strongest is its network independency. Web apps work smoothly despite weak internet connection. Another overpowering reason to choose progressive web app over native apps is no storage space required. All smartphone users lack storage space because of already installed apps in their mobile phones that are used in routine lives.

Rightly said that PWA is perfect blending of web and mobile world, let’s know what differentiates it from native mobile apps and traditional websites

The best part about PWA is that it works seamlessly across all devices. Being progressive in nature, these apps utilize device and browser features to their advantage.

Progressive web app is basically a website, which means it is discoverable in search engines. This characteristic of PWA is a major advantage for businesses that are looking forward to expand its reachability. Native apps lack behind in terms of SEO as they are not visible in major search engines.

PWA can be installed on user device’s home screen. This feature makes it easily accessible and readily available.

Whenever changes are made to PWA with respect to design or content, it is easily reflected in the app.

PWA is network independent which means that they work perfectly even in areas of poor network connection or even offline modes.

Technicalities of PWA that Make it Superior

This is one element that enables web app to function even offline. Service Worker runs in the background by updating content and sending push notifications. Service workers run the script independently of network connection and actively respond to network requests.

These can be described as ‘proxy’ that can handle the event with complete control, allow continuing on remote server for further operation and check for cached data. Developers usually implement pre-defined ‘recipes’ for common service workers to enable working in ‘offline’ mode.

This is the basic design model where the mobile web app loads framework or shell at first and later the content and images are loaded. App Shell cannot be described as an API or framework as such, but it is a design approach that optimizes performance of PWA with advanced caching and service workers.

In this model, the shell of web app and content is keep completely separate, which ensures it separate caching. This approach is recommended as it ensures fastest loading of page first time and even return visit of user.

What Progressive Web Apps can do for you

On a Concluding Note…