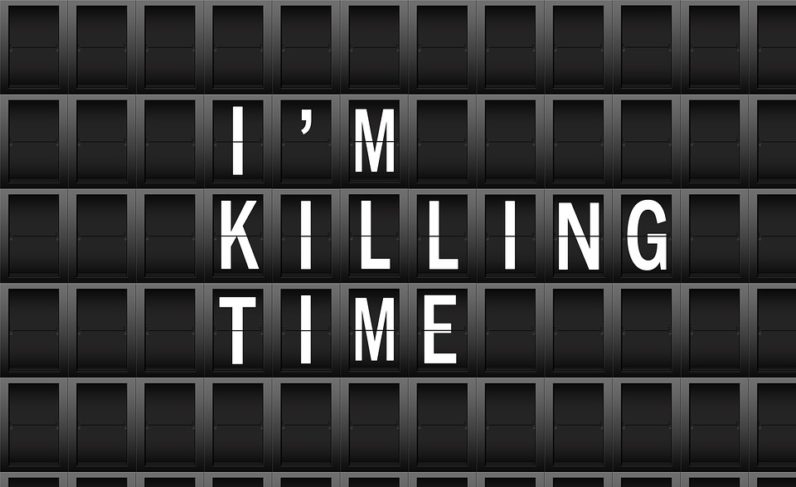 When you’re building a business there’s one resource that is truly paramount: time. Saving time is key. You can (and should) achieve it by letting things go and by doing things efficiently. So building a startup is inherently about productivity.

During my series about the Future of Productivity, I interviewed many industry insiders. I wanted to get as much insight from them as I could. (I even had the chance to interview my personal hero and inventor of GTD, David Allen.)  At the end of each interview, I always asked one question: “What  do you do yourself on a daily basis to be productive?” So, if you ever wanted to know what the experts do in their daily routine, here is what I learned.

Personal Productivity Is About You – and Others

If you’re like me, you’ve read all of the books and tried a few things, some with success, others with total failure. That’s the trick when it comes to productivity. It’s not a one-size-fits all, but more like Cinderella’s shoe. There are a few golden rules though that fit across all types of workflows. I asked Francesco D’Alessio, a prominent productivity YouTuber about his best tip,  and he said, “Avoiding distractions of others” is key. D’Alessio works remotely, so he may have an advantage over the rest of us here, but it’s important to, he continued, “Let your colleagues know you are working on something intense and to only disturb you under major circumstance, that intense proactive work will pay off.”

Jay Miller, the founder of Productivity in Tech, thinks you should “Know how you work and know how your peers work”. Miller uses this to tailor a plan to be more productive and it gives him ideas for his own personal productivity. Sandy Stachowiak, a project management expert at MakeUseOf, thinks you should have the right tools and know how to use them. She goes on to say, ”Not every project manager works exactly the same way. So, you must find the tools that fit you and your work situation best.”

Don’t Allow Yourself to Rush

A tip that came up time and time again was about scheduling. Paul Minors, a productivity expert and Carl Pullein a respected productivity coach, both spoke with me about scheduling.  Minors said, “Schedule time to work on your tasks. This means literally blocking out an hour or two hours for a specific task on your task list. It’s that simple.” The point being is that you feel more accountable for your productivity. You set aside time to get it done, so get on with it.

When it comes to being productive, preparation is your friend. Nora Conrad, a youtuber obsessed with productivity, thinks that you should “ Take 10 minutes when you first get into work to plan your day.” She also recommends doing your hardest tasks in the morning, but added “to each their own.”

Pullein wants a plan in place when he get’s into work, stating,” Spend ten minutes at the end of the day to plan out what needs to be done the next day.” This keeps you from spinning your wheels in the morning and gives you a jump on the day, Pullein also said “learn to say no politely. In any workplace there are a lot of distractions, requests and interruptions.”  It sounds like a skill worth learning!

Have you ever wanted to carry around someone that tells you random facts and offers to sell you something every 10 minutes? Sounds crazy right? I bet you have. We all have a cell phone that gives us the latest push notification about news happening on the other side of the planet, a email notification about an upcoming air fare sale and someone who you vaguely remember from some random conference has a birthday announced by the worst of the worst, LinkedIn.

Yep. What you’re doing, is allowing marketers and advertisers to steal your time. So if you want to get productive, according to Organizational Doctor, Melissa Gratias, “Turn off your notifications of incoming email and social media messages – on all devices.” Scott Friesen, a productivity trainer and Youtuber agrees, but he goes one step further saying,”We tend to over-inflate the importance of being notified of something as soon as it happens. As President Eisenhower once said, ‘Most things in life that are urgent are not that important.’ “

People, right? We see them everywhere. It turns out that they might be even bigger productivity killers than email. And that’s saying something. Andrew Filev, the CEO of Wrike commented, “ Most of us can be pretty productive in a room by ourselves, but when you introduce other people, the handoffs of work from person to person is where projects fail.”

Leo Tucker, Chief Marketing Officer at Aptean, said flatly, “Life is too short for dumb meetings” I tend to agree with him. In my own office, we use quick, spontaneous meetings to keep everyone on track. Formal meetings tend to go too long and team members are usually only interested in the information that affects them. The rest is just noise.  Mark Mader, the CEO at Smartsheet, advises that communication is key among team members saying, ”productivity will increase greatly when we communicate more transparently, making knowledge sharing much more fluid.”

I don’t know why this happened, but I had a lot of experts use food analogies. Maybe because they were at their desk or because I contacted some of them before lunch, but the points were good nonetheless. Rachel Burger,  Productivity Expert at Capterra, thinks that productivity is like a diet. “It doesn’t matter whether you’re following South Beach, paleo, or counting calories, if you’re paying attention to what you put into your body and how you’re exercising, you’ll probably become healthier.

Whether it’s Pomodoro, Getting Things Done, or just using a checklist, paying attention to how you use your time will help you better manage your workload, and better manage when you get home on time.” Jake Kahana, a co-founder of Caveday says, “People are hungry for boundaries in which they are super productive and focused on finding flow, and outside of which they can enjoy their friends, family, and independent time.”

If you follow the pomodoro technique that Burger suggested, these breaks are built in, so you can refocus on the task at hand. Or you use the advice of John Furneaux, the CEO at Hive, “Eat the Frog. Nicolas Chamfort taught us to start the day with the least pleasant task. Once the frog is eaten, the rest of the day looks rather easy.”

If I had a choice between a diet and a frog, I’d go with former, but he makes a good point. Productivity is individual. I spoke with experts who said that email should never be used and others that said email is the best tool because it’s universal to everyone, therefore making it productive to use.

Find what works best for you, by trying new things. Hopefully you’ll meet a few experts along the way that will give you some fresh ideas.

Update: A previous version misattributed a quote from Jake Kahana.

Read next: Men vs. Boys: How Do Real Men Take Care Of Their Car